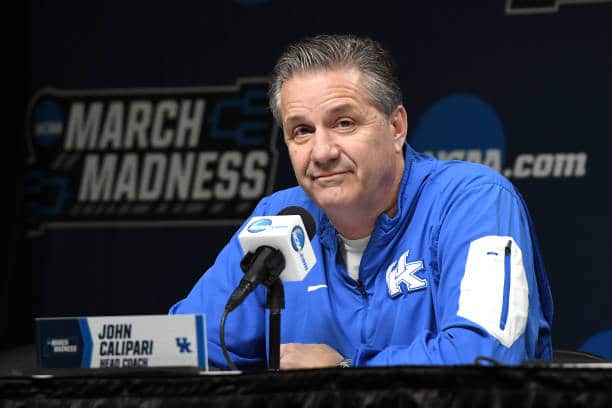 A Rejuvenated Kentucky basketball roster looks to make amends from a disappointing season.

Kentucky basketball won nine basketball games last season. Nine. That’s usually the Wildcats win total by Christmas. Not March. UK missed the NCAA Tournament for the first time since the 2012-13 season and only the second time since the ill-fated Billy Gillespie era. The Wildcats’ woes last year were well documented all season. BJ Boston struggled. Keion Brooks and the late Terrence Clark were hurt. Three-point shooting was erratic at best.

The two best things to happen to Kentucky basketball last year were when the season ended and the transfer portal. John Calipari gave his program a reboot from a plethora of angles – coaching staff and roster. Orlando Antigua returned and brought Illinois assistant Chin Coleman with him. Calipari also took advantage of the transfer portal.

Enter Oscar Tshiebwe, Kellan Grandy, Sahvir Wheeler, CJ Fredrick, and a recruiting class that snagged Damion Collins early and TyTy Washington late. The end result, a deep, athletic, excellent shooting team that has expectations in the Bluegrass state at their normal levels in early November, following one of the longest seasons in Wildcat history. Oh, by the way, should Kentucky be the last team standing in April in New Orleans, where they won their last title in 2012, it will be the ninth in school history – which is how many games they won last season.

With so much talent, this was a tough call. It could have easily been Kellan Grady or Keion Brooks. But, ultimately this Wildcat team will go where freshman guard TyTy Washington takes them.

When the season is over, he may not be the team’s leading scorer, nor top assist man, but he might be and he has the moxy to make the big plays, to take the big shots, and has the perfect demeanor to be the top dog, or shall we say Wildcat that Calipari loves and has had before in John Wall, Shai Gilgeous-Alexander, De’Aaron Fox, Jamal Murray, Tyler Herro, and most recently, Tyrese Maxey when the season is over.

On a deep roster, Washington may be the most indisposable.

Like the category above there were several options to pick here but the West Virginia transfer may have the heaviest load on his shoulders of all the Wildcats. Tshiebwe, who almost picked Kentucky out of high school, is being counted on to anchor the frontcourt.

If you wait for everything to be perfect before taking action on your dream, you’ll never take the first step. pic.twitter.com/y0vz9arpkR

He is one of four Wildcats who stand 6-foot-9 so the depth is not as noticeable in the frontcourt, especially when one of those players is Jacob Toppin, who is more of a wing player and battling a pre-season injury, and another is freshman pogo stick Damion Collins, who lacks experience. The other is bruising forward Lance Ware. Calipari loves what Tshiebwe brings to the table, but how he performs with the Kentucky basketball spotlight on him will be a key factor in the Wildcats season.

Davion Mintz (103 career starts), Jacob Toppin, CJ Fredrick, Dontae Allen, Damion Collins, Bryce Hopkins and Lance Ware would form a pretty formidable lineup for any Power Five team in the country. They won’t start for Kentucky! So, yeah, the Wildcats have a plethora of talent and can bring talent, skill, athleticism, and shooting off the bench.

How Calipari deploys the bench, massages the egos and keeps the focus on the team as a whole will determine how far Kentucky basketball goes. But that’s something coach Cal has mastered a few times in his Kentucky career.

Kentucky was 177th in Division 1 basketball last season in three-point field goal percentage and tied for 206th in total three-pointers made (with George Mason and Charleston Southern).  Fixing that was a major priority in the off season. Grady has made 241 in his career. Frederick shoots them at a 47% clip. Washington was one of the best shooters from behind the arc in high school basketball. Mintz led the team in made three-pointers last season and don’t forget about the homegrown fan favorite Allen is a sharpshooter extraordanaire.

Kentucky basketball has expectations of a long run in March and they are validated by what most Final Four caliber teams have – excellent guard play, the ability to make shots, a rotation that can withstand foul trouble, a shot blocker, and an experienced coach.

In most years, a roster like Kentucky’s would be a top-five team in the preseason rankings. However, with the return of so many players, super-senior sixth years (aka Davion Mintz), the transfer portal, and a talented group of incoming freshmen, the 2021-22 season has a chance to be one of the best college basketball seasons in a long time.

This UK team is not the 2014-15 platoon roster that featured Karl Anthony Towns, Devin Booker, Willie Cauley-Stein and others that reached the Final Four and came within two wins of an undefeated season. But, this year’s team is scary deep and has the Wildcat faithful hoping for its first return to the final weekend of the college basketball season since 2015.