Which team will be this year’s College Basketball disappointment? 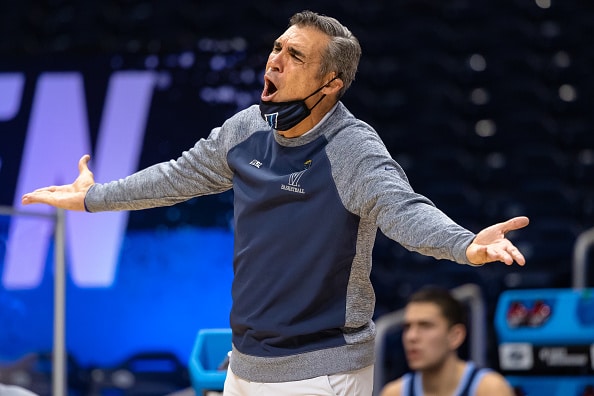 In recent years, we have seen a team be ranked high in the preseason polls, then end up being a major disappointment.

When we say disappointment, it’s not losing in the Round of 64 or barely missing the tournament, it’s finishing towards the bottom of conference play or with a sub .500 record. Last year, it was Kentucky, who was ranked 10th in the preseason rank and finished with a 9-16 record. Two years ago, North Carolina was projected 9th in the country and finished 14-19. Three years ago, West Virginia came in ranked 13th and finished 15-21.

The list goes on, so one team is destined to continue this trend. Here are a few teams we may see take this turn.

After a championship, being a disappointment would be surprising but possible. Baylor will lose their top three guys to the draft, so the question about who can step up could lead to problems. Mayer is expected to be that guy, but he was very inconsistent throughout last season and that could carry over. Drew is a great coach, but clearly, that doesn’t mean much when Calipari, Roy Williams, and Bob Huggins faced similar situations.

Duke missed the postseason last year, then lost their top two scorers. Now, they do bring in an insane recruiting class, but like Kentucky last year, relying on young talent doesn’t always translate well in college. Coach K losing in his final season would be a horrible storyline but is a reality.

This one would be a major disappointment as the fourth-ranked team in the country going into this season, but this team relies a lot on the health of star Collin Gilespie. Gilespie is recovering from an ACL injury, and while it seems like he will thankfully make a full recovery, there is always the chance he isn’t the Pre-Season All-American he is expected to be. Without him, this team drops tremendously, and Jeremiah Robinson-Earl isn’t there to carry the load.

As the number two team this preseason, this would be an all-time blunder, especially after making the Final Four, but people need to remember that this team was one of the last four in last year. Before the tournament, they went 4-6 in their last ten games of conference play including four straight losses to close the season, meaning they are extremely vulnerable.

The talent is there and they do bring in two key new players, but realistically they could be extremely disappointing, especially if Johnny Juzang can’t put up similar numbers to what we saw in the tournament last year. There are a few sneaky good teams in the Pac 12, so UCLA can be vulnerable to a middle of the pack finish if they look more like conference