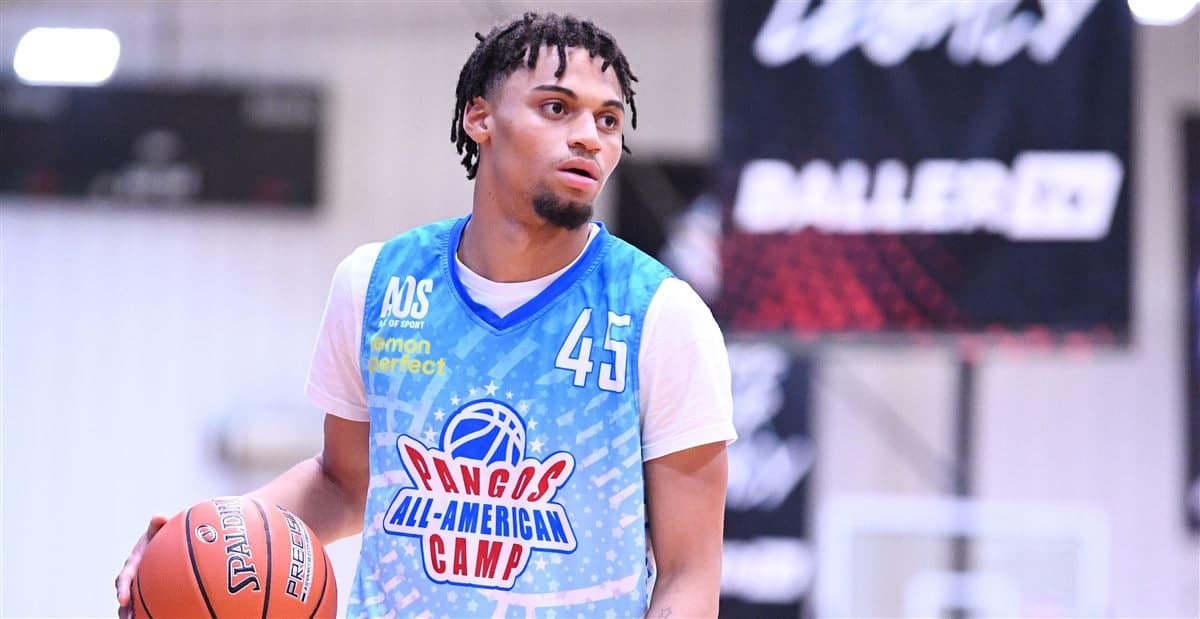 One of the top prospects in the class of 2022, Zion Cruz, will announce his college decision this Sunday at 3 p.m. EST according to Joe Tipton on Twitter.

2022 four-star Zion Cruz will announce his college decision on Sunday at 3pm ET.

Cruz has been one of the most sought-after recruits in the class of 2022 receiving additional offers from Alabama, Oregon and Syracuse, among many other top programs.

The 6-foot-5 shooting guard plays his high-school basketball at The Patrick School in Hillside, New Jersey. Originally from nearby Jersey City, New Jersey, Cruz has a very smooth and skilled game. His arsenal includes getting to the rim off the dribble, firing from deep, and using his high release to shoot and score over opposing guards.

Auburn, Creighton and North Carolina would all be signing up for the rights to a one-and-done prospect. Thought two years away from now, Cruz is already listed on NBA draft boards, and will likely continue to rise as the time gets closer.

Auburn is listed as ‘warm’ on 247Sports’ assessment of Zion Cruz’s suitors. Cruz visited the Tigers campus on June 4, which on Sunday, will be just about three months ago to date.

Though not a basketball powerhouse, Bruce Pearl’s program has a lot to offer. Since 2019, Auburn basketball has had four players drafted, with two coming this past July in Sharife Cooper and JT Thor.

Cruz is coming to college basketball with clear intentions of a professional basketball career sooner rather than later. Unlike at North Carolina, Cruz would be the center of attention almost right away. The SEC school will also have a lot to offer with respect to the NIL.

One slight downfall is Auburn’s most recent season. After three straight years of winning at least 25 games, Auburn dumped to 13-14 (7-11 SEC). Bruce Pearl will most likely turn that around, and remember, Cruz wouldn’t be on campus until the following season, so one down year probably doesn’t matter all too much.

As far as college basketball destinations go, Creighton and North Carolina seem more intriguing. But Auburn’s built a bit of a foundation, and Cruz is a future NBA prospect looking for a stomping ground for one season, two at the most.

This one surprised me a bit, just because Creighton doesn’t usually get the best of the best. The Bluejays haven’t signed a top-25 prospect since, well, ever. That would certainly change with Cruz, who is rated 16th in the class.

Where Cruz does fit in is in the style of play. Creighton runs a high-tempo offense that gets the most out of offensively talented players. Cruz is just that, and his offense would be on display in the Big East. It might not be the ACC or the SEC, but four games each year against UConn and Villanova ought to put Cruz in a pretty good limelight.

My biggest question is how much does Cruz trust Creighton basketball to be able to send him to the NBA in one year. The Bluejays, like most Big East schools, pride themselves on turning a lot of 3-star players into four-year college hoops superstars and winning around 20 games every year in the process. If Creighton can handle a 5-star talent, props off to them. There’s just nothing to base it off of right now.

I can’t think of many reasons why Zion Cruz to North Carolina wouldn’t make sense. I hinted before that UNC may not offer Cruz the ability to be the star right away. I’ll revise that by saying that while he might not be the guy, Cruz would still have a higher than 50% chance of starting as a freshman and receiving many nationally televised games in the process.

Hubert Davis has already aced the recruiting trail in his first half-year of coaching, inking high-impact transfers Dawson Garcia, Brady Manek and Justin McKoy. Four-stars Dontrez Styles and D’Marco Dunn have also committed to UNC for the upcoming season. Next year, the Tar Heels have two more four-stars and a three-star commitment to coming to Chapel Hill.

Cruz would be the crown jewel that Davis is looking for. Five-stars don’t just grow on trees and Cruz’s unique skill set would make him one of those rare freshmen who just gets it from day one.

The UNC brand would also offer so much more to what Cruz might be able to earn in college, which in today’s day in college athletics is a very important factor.