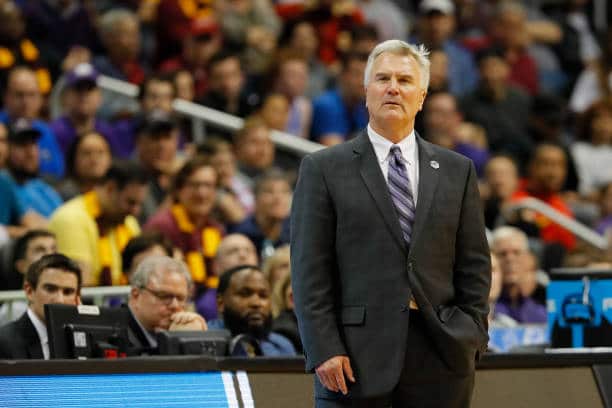 These college basketball teams go into the offseason with major questions about their 2021 recruiting classes.

It goes without saying that consistent recruiting is key in making a successful college basketball program. But every now and then, even the top teams in the country have off years. However, there’s also a big difference between having an off-year and having a year that could actually result in serious danger for a program.

Pittsburgh basketball has been in a rut ever since Jamie Dixon left town for TCU. In five years they’ve moved on from Kevin Stallings to Jeff Capel. Capel is now hanging on for dear life after three consecutive losing seasons.

Unfortunately, the recruiting trail isn’t exactly helping the Panthers out any. Heading into next season, Pitt has just one incoming freshman.

Nate Santos, a forward from Windsor, CT, is ranked 3-stars by 247sports composite. He’s a gifted player who received other offers from Creighton, Illinois, and Xavier, among other notable programs.

However, the problem here for Pitt is how far down it seems they’ve fallen as a program. The Panthers have had a scholarship problem due to transfers, players graduating, and now a very limited recruiting class. I guess you could call it a recruiting homeschool for having just one incoming freshman.

Santos could very well become a starter for Pitt down the line, but the big issue here is in numbers. Pitt isn’t exactly bringing in a lot of talent to choose from and used to once be a program that held a lot of weight.

I promise I didn’t link the Red Raiders to the Panthers on purpose. Jamarius Burton transferred from Texas Tech to Pitt during the offseason, but that’s just a coincidence for why I have Texas Tech on this list.

The main problem for Texas Tech is that its recruiting class isn’t helping out with what happened this offseason. Burton was a big loss and Mac McClung also announced his intentions to sign with an agent and pursue an NBA career.

To make matters worse, Chris Beard left for the Texas Longhorns, which ultimately puts the Red Raiders back to square one. And starting in square one is just one lone recruit from JUCO. KJ Allen won’t even have four years of eligibility, which really nicks Texas Tech down for this recruiting cycle.

Allen was a coveted JUCO prospect, but that’s beside the point. He’s ranked in the top ten nationally and will probably end up being a big-time pick-up when it’s all set and done.

However, to go from a National Championship appearance to losing your head coach and only bringing in a JUCO recruit less than three years later is concerning.

Utah isn’t usually thought of as a college basketball program that the national eye is concerned with, but as a power conference team, it’s important to note how their recruiting class doesn’t equal up.

The Utes legitimately have a worse recruiting class ranking than Utah State and Utah Valley, but it’s more than just how their one player is ranked.

Lazar Stefanovic is a Serbian product who’s already had experience playing in FIBA.

But what’s unsettling is the fact that he’ll be adjusting to a whole new style of basketball, in another country, while holding the heavy burden as the only incoming scholarship freshman for Utah this season.

He’s also probably the toughest player to grade – unless overseas products go to the NBA, there’s almost always little to nothing to know about how they’ll be in the college game. A lot of times, they pan out to be very good, despite receiving an official ranking.

For Stefanovic, I hope that’s the case. But for Utah basketball fans, I can see why it may be a scary dynamic.

For Iowa basketball, this recruiting class is about living up to what just left the program. Luka Garza co-led a charge of the Hawkeyes becoming a yearly frontrunner in the Big Ten. Now that Iowa is transitioning to a whole new era, the importance of the incoming recruiting class is very high.

Iowa is set to bring in two 3-stars – Payton Sandfort and Riley Mulvey.

Sandfort and Mulvey are both forwards, so that goes to show how much Fran McCaffrey realizes replacing Garza is a big task.

And that’s really what this is about for Iowa. It’s good to choose between two 3-stars, but after having someone of Garza’a magnitude, I’m sure the Hawkeyes would feel a lot better with a 4-star or 5-star replacement.

Kansas State basketball has been in shambles and it hasn’t even been close. The Wildcats went 9-20 last season and lost a game to Division 2 Fort Hays State.

Recruiting for the Wildcats isn’t helping the case. Ranked 125th for 2021, Kansas State brings in an unranked small forward and a 3-star center. To his credit, Bruce Weber did land three transfers – Markquis Nowell from Alabama, Ismael Massoud from Wake Forest, and Mark Smith from Missouri.

But if we focus on the recruiting class, it’s quite dismal. It’s tough not to put numbers next to names you don’t know yet, and a 3-star and a 0-star just don’t push the needle.

Like Pitt, Kansas State is just reeling really bad. They were a pretty consistent NCAA Tournament team and contender not too long ago, but now they likely hold the title of the worst team in power conference college basketball.

A lot of pressure is on Kansas State to turn it around, and this year isn’t helping too much.