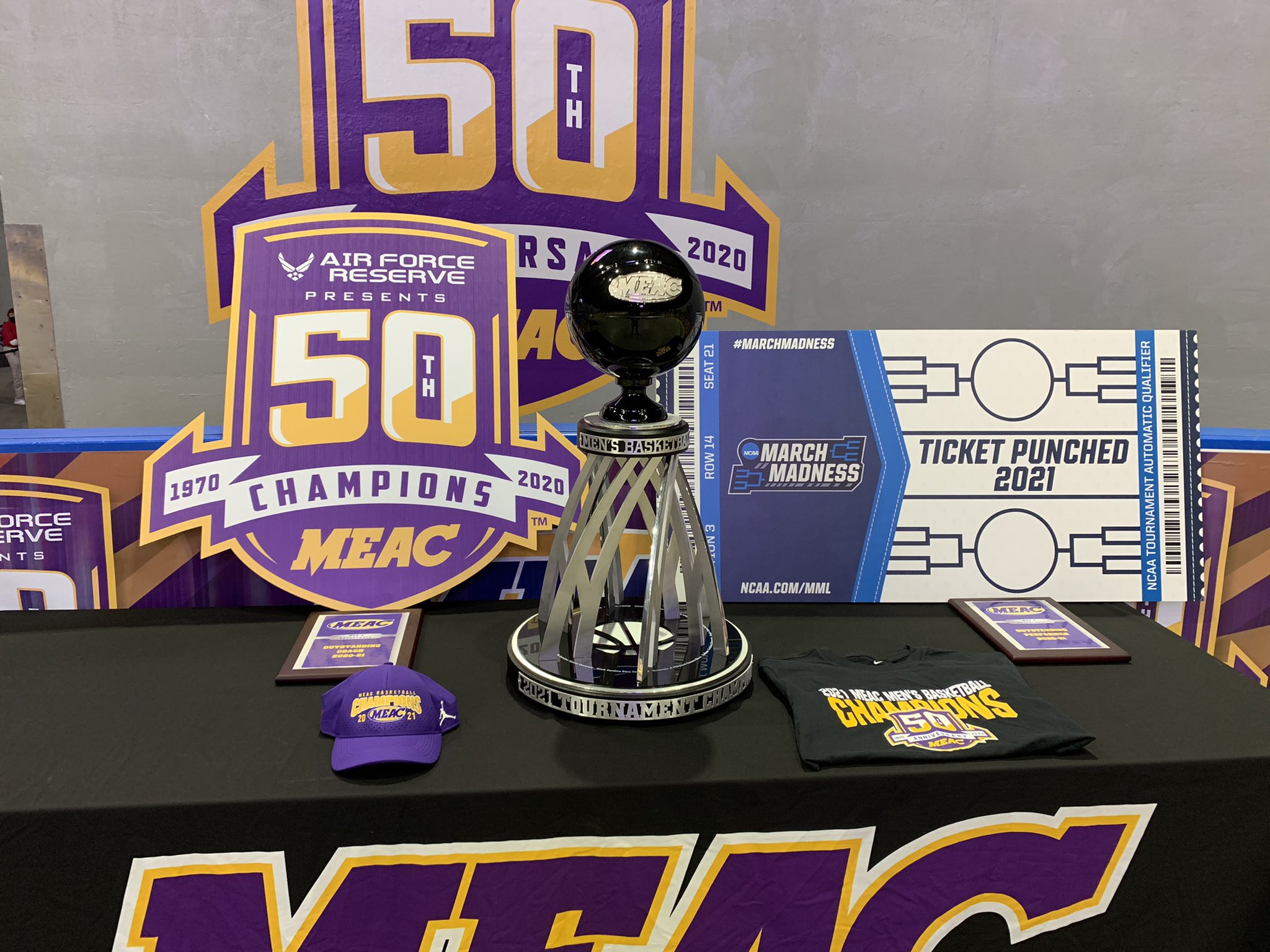 The MEAC Championship game featured Norfolk State and Morgan State, two teams who had played each other four times during the regular season. Norfolk State won that series 3-1, and not much changed in the conference championship game. The Spartans won the title 71-63 in their own backyard, holding off a late surge by the Bears.

Joe Bryant Jr. led Norfolk State with 17 points, joined by two others who scored in double-figures. De’Torrion Ware had 16 points off the bench for Morgan State.

The Spartans looked as though they might coast to the league crown halfway through the second half. They held a 16-point advantage with just over 12 minutes remaining before Morgan State slowly started to chip away. Norfolk State got a little sloppy with the ball, and the Bears began to take advantage of those opportunities, getting their deficit down to just six with 30 seconds remaining. However, it was too little too late, as Norfolk State broke the press multiple times for easy buckets to ice the game away.

Perhaps the biggest reason why Morgan State didn’t capitalize on their chance was that they had a small drought at the same time that Norfolk State did. Instead of going on a run that could have pulled them closer well before the game went under a minute to go, the Bears had to make their push when the game was entering desperation time. It was too little, too late, and it resulted in Norfolk State winning the MEAC Championship.

2) Morgan State ran out of steam

One of the biggest reasons why higher seeds typically win league tournaments is due to the fatigue factor, and that seemed to be the case today. Morgan State was playing its third game in three days, while Norfolk State had a day off before the MEAC Championship Game. This was the result of unfortunate circumstances in which North Carolina A&T was forced to leave the tournament due to a positive COVID result. That made the game between the Aggies and Spartans a no contest, giving Norfolk State the day off yesterday.

The Bears couldn’t seem to find their shooting legs today, and that can be attributed to playing back-to-back-to-back. Morgan State shot just 17.6 percent from beyond the arc, making just three deep balls in the process. That’s well under the team average of 8.5 makes per game. That poor shooting coupled with a good defensive effort from Norfolk State kept Morgan State 17 points under their season average of 80 points per game. It also ended their NCAA Tournament dream.

Norfolk State is going back to the NCAA Tournament after a nine-year absence. However, if the school sounds familiar to you, it might be because of what they did last time they were in the Big Dance. The 15th-seeded Spartans sent shockwaves through the tournament when they upset two seed Missouri in 2012. Could the current version of the program possibly be ready to do the same?

They have an offensive weapon in DeVante Carter, who averaged a shade over 15 points per game on the season. They also have a great defensive player as well in Bryant. However, from a team standpoint, none of their numbers stand out on either side of the ball. Norfolk State most likely will play in the First Four, which will provide them with an opportunity for another NCAA victory. However, given how strong the potential one seeds are looking, another historic upset seems like it is not in the cards for them this season.