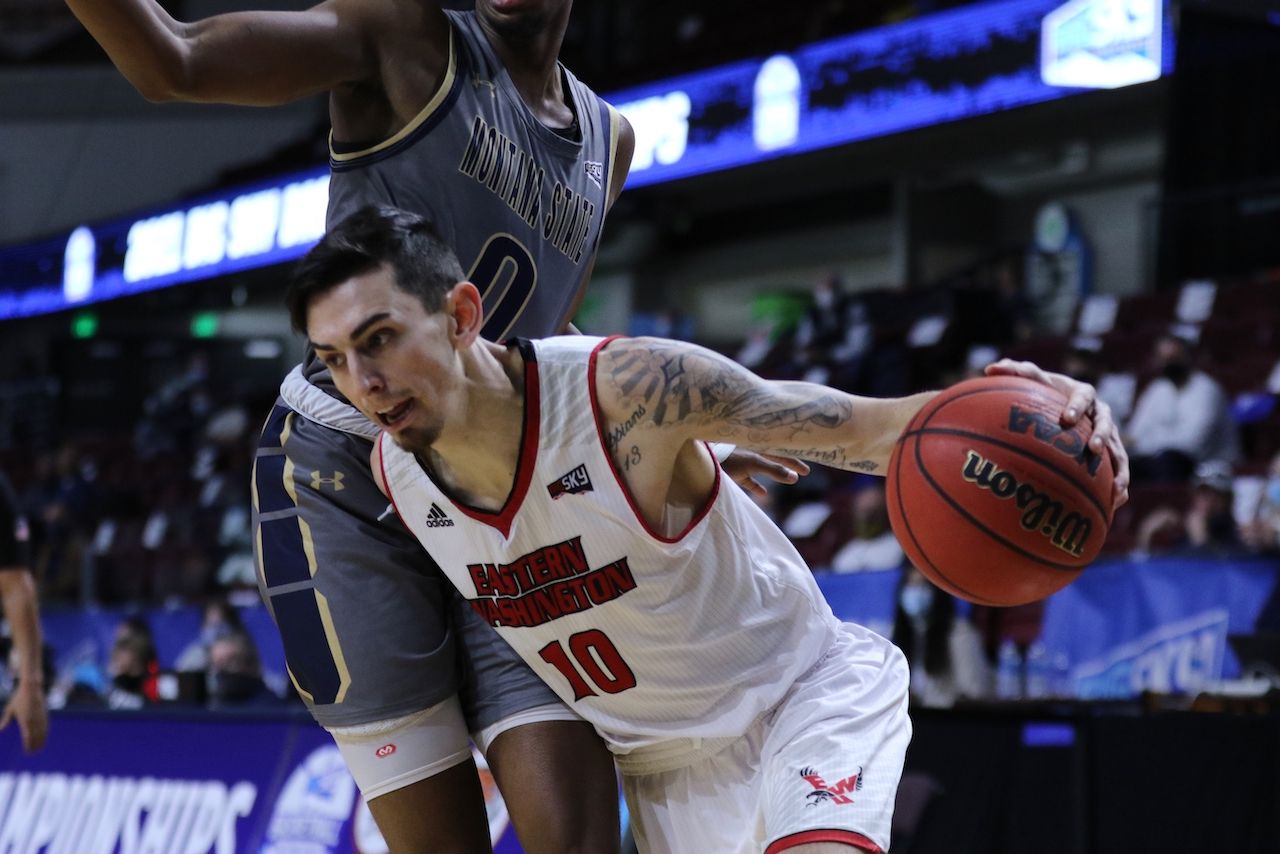 The Big Sky Championship featured the Eastern Washington Eagles and the Montana State Bobcats. Eastern Washington was expected to be here, having been the league’s preseason favorite. Montana State was more of a surprise, having taken down top seed Southern Utah in overtime the night before. However, the Eagles led wire to wire, surviving a furious comeback attempt to capture the title 65-55. Jacob Groves led EWU with 15 points, while his brother, Tanner Groves, had 14 points and 14 rebounds.

1) Eastern Washington won this game in the first half

Eastern Washington jumped out to a quick 17-point lead early in the game and extended that to a 20-point lead with just under eight minutes to go in the half. The Eagles pounced all over Montana State, taking advantage of the Bobcats’ extremely cold start. It looked as though Eastern Washington wasn’t going to do anything wrong all night, and it’s the hot start early that set the tone for the rest of the game.

Give Montana State credit, as they fought back hard in the second half. They were able to get the deficit to just 14 points by halftime, which seems generous considering how poorly they played in the first half. The Bobcats’ push to try and overtake the Eagles looked promising at one point, cutting the lead nine with just under five minutes to go. However, the hole they dug themselves early in the game proved to be too much to overcome.

2) Montana State is in good hands

Montana State was one of the bigger surprises in the Big Sky this season. Their Big Sky Championship appearance was not expected, even after starting league play 6-0. They finished just 2-6 down the stretch, falling all the way back to fifth place in the league. However, their run in the league tournament showed once again the kind of team they were capable of being. A lot of that credit goes to how good of a job Danny Sprinkle has done in two seasons in Bozeman.

Sprinkle is an alum of Montana State, and he knows what it takes to get the program back on the winning track. He has now guided the Bobcats to two straight winning seasons, and had them on the cusp of making their first NCAA Tournament in 25 seasons. Depending on the decisions of players and their free year of eligibility, this team may not be going anywhere. Regardless, Jubrile Belo should be back, and that is a great place to start to continue to build the foundation.

3) The wait is finally over in Cheyney

For all intents and purposes, a six year gap between NCAA Tournament appearances isn’t that long. However, Eastern Washington was even more dominant when it won the Big Sky Championship last season. That was only a regular season championship, however, as the league’s tournament was one of many that were canceled when the COVID pandemic started. It was one of many disappointing ends for teams who were having one of their best seasons in recent memory.

The wait ended up being worth it, as the Eagles were able to break through and earn the NCAA Tournament berth they expected to make last season. The only negative that can be found here is that the argument could be made this team isn’t quite as good as the group they had last season. Still, that won’t matter much to fans and alums, as seeing their beloved Eagles appear in the bracket tomorrow will be exciting all the same. This is a team that could upset someone if they are overlooked.