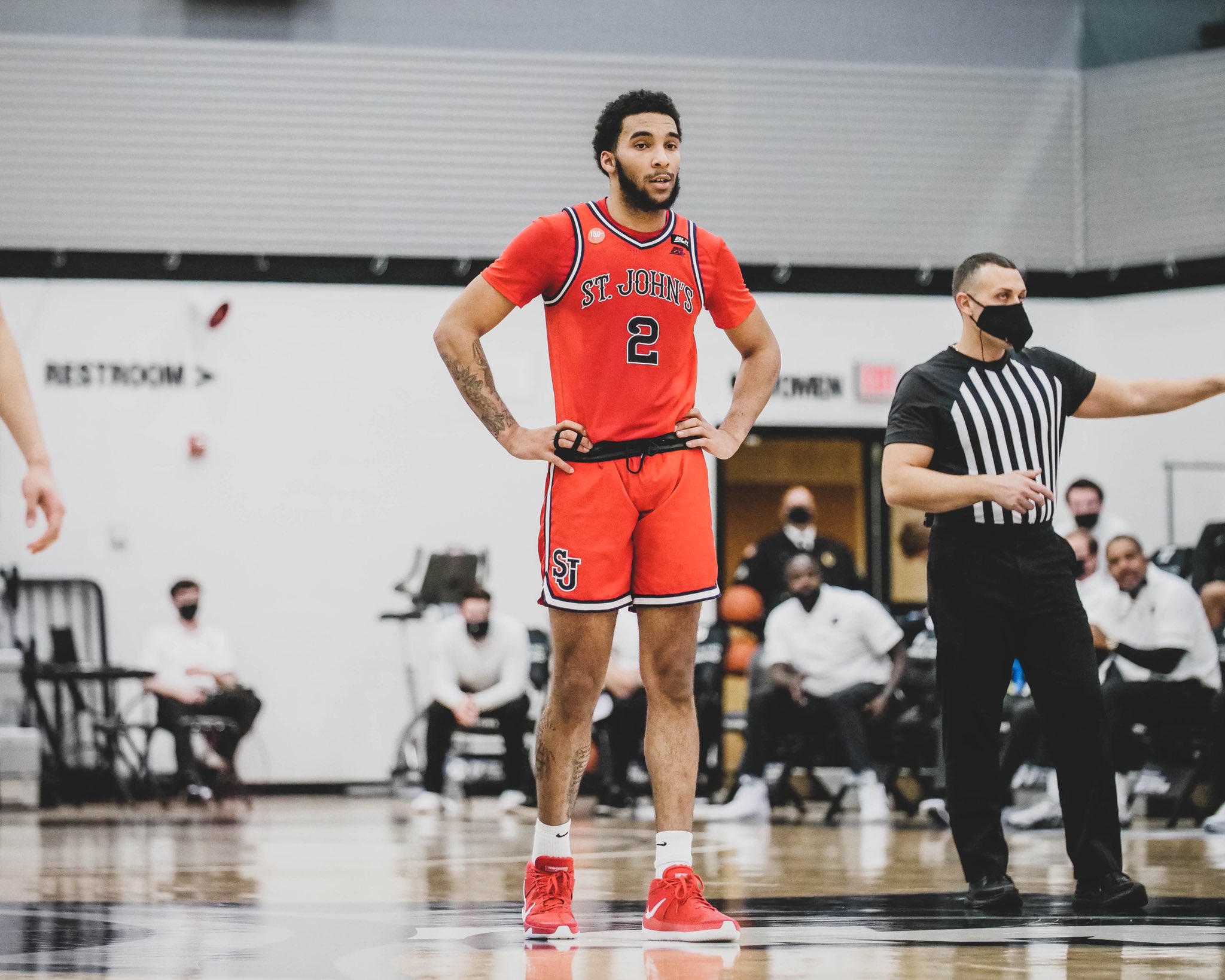 The Big East Tournament heads toward another historic postseason.

As Marquette claimed the 66-59 win over Xavier this past Saturday, the clock struck midnight on the Big East regular season.  While some teams limped to the finish line such as Villanova and Seton Hall, others gained momentum heading into the Big East Tournament such as St. John’s, Providence, and UConn.  With sights now set towards “The World’s Most Famous Arena” starting this Wednesday, the bracket for the Big East Tournament promises to provide top-tier matchups throughout all four days of play.

With the addition of UConn back into the Big East this year, an extra game was added onto the Wednesday slate at 3 p.m. between (9) Marquette and (8) Georgetown.  Regular game times from previous Big East Tournaments follow with (10) Butler vs. (7) Xavier at 6 p.m. and (11) DePaul vs. (6) Providence at 9 p.m.  On the top half of the bracket, the winner of the 8-9 game finds themselves in the first matchup of the day on Thursday against top-seeded Villanova at noon followed by (5) Seton Hall vs. (4) St. John’s at 3 p.m.  The bottom half of the bracket kicks off with the winner of the 7-10 game against (2) Creighton at 6 p.m. and the winner of the 6-11 game against (3) UConn at 9 p.m.

Now that the field is set and the bracket is laid out, let’s take a look at the three teams that are in prime positions to make their presence felt throughout their stay in New York City.

Coming off a win against the 11th ranked Creighton Blue Jays on February 27th, everything was looking up for Travis Steele and the Musketeers to grab a great seed in the Big East Tournament.  What followed were two demoralizing losses, 72-66 against Georgetown and the aforementioned loss against Marquette to end the regular season.  Xavier slipped down to the seven seed, facing Butler in the first round on Wednesday night.  The Musketeers should have no problem with the Bulldogs, who they swept in the regular season.  The main challenge, however, lies in the second round against Creighton.  But as the saying goes, “Anything you can do once, you can do twice.”  Senior leader and All-Big East Second Team selection Paul Scruggs looks to lead a starting lineup full of underclassmen to an improbable win against the Blue Jays.

Despite a four-game losing streak to end the regular season, Kevin Willard and company found their way out of the 9 p.m. game on Thursday night for the first time in what feels like 5 years.  That classifies as a win in my book.  Here’s why.

Quite simply, the top half of the bracket is the place to be in this year’s Big East Tournament due to some untimely injuries for top-seeded Villanova.  The Wildcats had a two-game stretch to end the season they’d like to forget, first by losing All-Big East First Team point guard and team leader Collin Gillespie to a torn left MCL against Creighton.  The problem compounded itself when Justin Moore rolled his ankle in the season finale against Providence and reappeared on the bench in a walking boot.  Villanova head coach Jay Wright took to Twitter to give an update on Moore and his status for the Big East Tournament.

We’re all praying for Justin Moore’s recovery . The evaluation is a severe ankle sprain – He will be doubtful for the Big East Tournament .

In the 54-52 loss against Providence on Saturday, Villanova struggled with their fluidity on offense without Gillespie and Moore.  While Jay Wright is one of the best basketball minds in the country, coaching only takes you so far.  For the Wildcats to make it work, they’ll need extended minutes and heightened play from Bryan Antoine, Brandon Slater, and Chris Acridiacono.

All of this opens the door for a team like Seton Hall to set the tone on the top half of the bracket.  The Pirates will of course be led offensively by unanimous All-Big East First Team selection and Karl Malone Award finalist Sandro Mamukelashvili.  However, the questions start to pile up from there.  What can the Pirates get offensively from Myles Cale? Can they defend the three well enough to survive? What impact can they get from Tyrese Samuel and Bryce Aiken off the bench?  If Seton Hall can learn from their late-season slide and answer these questions, they could be the team to make some noise on their way to Saturday night.  That is, of course, if they can get by their first opponent…

Let’s get this out of the way early: Mike Anderson undoubtedly deserves to be Big East Coach of the Year.  For a team that was picked to finish 9th in the preseason coaches’ poll, the job Anderson and his staff have done to turn this program around in just a two-year period has been outstanding.

The Johnnies came out of the gates ice cold in their last two regular-season games against Providence and Seton Hall.  The speeches at halftime must’ve been as inspiring as the 2000 classic “Remember the Titans”, however, because they outscored both opponents by a total of 104-59 to come away with two key wins.  Not only did those wins keep St. John’s on the bubble for the NCAA Tournament, it also catapulted them into the number four seed of the Big East Tournament.

St. John’s has been led all season by a pair of underclassmen, starting with sophomore standout and All-Big East First Team honoree Julian Champagnie.  Averaging almost 20 points per game on the season, he also finished averaging the most points per game in the conference at 19.5.  Right beside him with immediate contributions has been freshman point guard Posh Alexander, who was rewarded with a share of the Big East Defensive Player of the Year Award with Isaiah Whaley.  Posh’s play has been a big reason why St. John’s led the league in forcing 16.5 turnovers per game.  While Alexander was out with a thumb injury for the last few games of the regular season, he should get the green light for St. John’s starting on Thursday.  His replacement Rasheem Dunn will still be a key part of the team that also brings talent off the bench with Dylan Addae-Wusu and Marcellus Earlington.

Facing the same team in the span of 5 days is never an easy task, but the depth of this St. John’s team matches up nicely against both Seton Hall and, presumably, Villanova.  This is my pick to come out of the top half of the bracket and make it to the championship game against the reacquainted dog of the Big East…

Finishing 14-6 overall and 11-6 in conference is impressive for any team that makes the jump to a major conference.  But what if I told you their record should be better than that?

The Huskies lost All-Big East First Team selection James Bouknight in the middle of the season to remove bone spurs in his elbow.  While he was out, Connecticut felt the loss of their floor general, losing four of their six games on the season.  When he returned, everything fell back into place for the Huskies, finishing the regular season with four consecutive wins.

As dynamic of a guard as they come, Bouknight led UConn in scoring, averaging 20.2 points per game on the season while also averaging 5.6 rebounds.  Coupled with the guard play of R.J. Cole and steady down-low presence of Adama Sanogo, the Huskies have shown the ability to put the ball in the basket in a multitude of ways.

Assuming they find themselves in a semifinal game against Creighton, they’ll want payback for the 76-74 overtime loss against the Blue Jays that opened Big East play.  UConn has a history of playing well under the bright lights of Madison Square Garden, so don’t be surprised if Bouknight has his “Cardiac Kemba” moment leading the Huskies to a conference championship in their first year back.