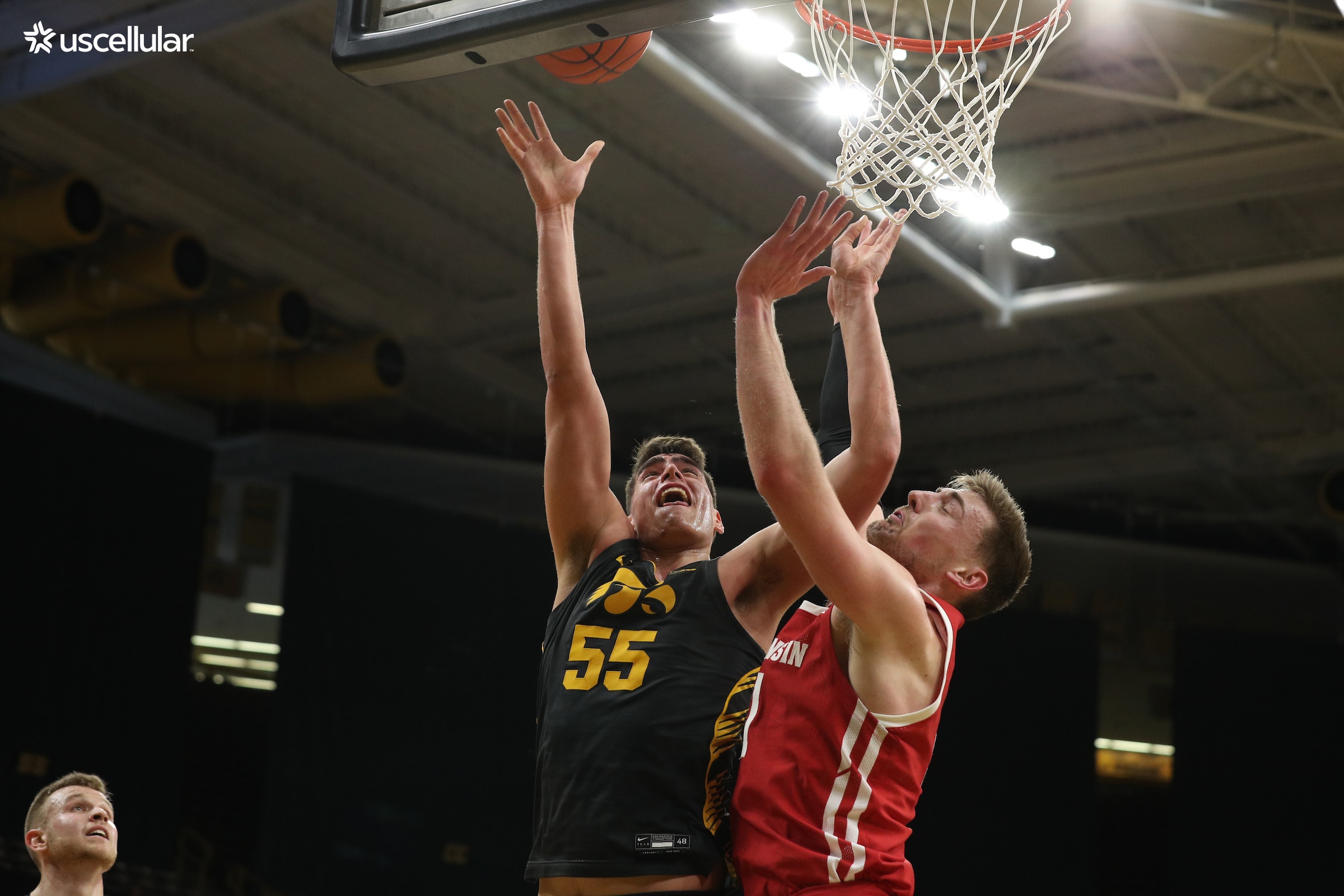 Iowa basketball finished the season with a big win over Wisconsin.

Iowa Basketball took down the Wisconsin Badgers today to finish a solid third in the Big Ten standings. There is a solid discussion about which conference is the best conference in the nation…. the Big Ten or the Big 12. Iowa Basketball showed today that the Big Ten is out to prove its worth. Having the Wolverines, the Fighting Illini, and the Hawkeyes as the top three teams in the Big Ten are three possible teams to make the Final Four. All have weapons, all are ready to show the nation what they have to offer.

1) Iowa Basketball is a threat to win the Big Ten Tournament and the National Tournament.

If Senior Day proved anything today in Iowa City, it showed that the Hawkeyes are not ready to quit playing ball right now. Luke Garza is a 6’11 scoring machine who has scored over 2200 points and has the Hawkeyes primed for a big run. Iowa basketball is going to be awaiting a winner in the Big Ten Quarterfinals in Indianapolis on Friday. It’s the day that could put Iowa basketball on the road that leads to a national championship. After the 77-73 win, Garza said about the Hawkeyes… “I’m not done yet. We aren’t done yet.”

2) Luke Garza Is Given His Due By Iowa Basketball

Garza shed tears before the game today against the Badgers. Before speaking emotionally before the crowd on Senior Day, Garza was informed that his number 55 would be hung from the rafters and retired by the Hawkeyes after the season was over. Garza responded by scoring 21 points and grabbing 15 rebounds and helped the Hawkeyes dismantle the Badgers in a tune-up for the upcoming Big Ten Tournament. It was Garza’s 12th double-double this year and the 33rd for his career. Coach Fran McCaffery said that the impact that Jordan Bohannon and Luke Garza have had on the Iowa Basketball program cannot be measured and will be felt forever. Hard not disagree with that assessment.

Next week starts the most amazing time of year… March Madness. If you don’t think the conference tournaments count toward March Madness then you haven’t watched much basketball this week. The NCAA Tourney will be played entirely in Indianapolis. This is also Big Ten country. Playing its conference tourney in the city of Indianapolis is certainly a major positive for the coaches of all Big Ten teams to make the tourney field. Having already played the conference tourney in the city that will host the national tourney will give the Big Ten teams a very sweet familiarity with their surroundings and should make for some good showings by Iowa basketball. Finishing third in the Big Ten behind Michigan and Illinois is not a bad thing. Depending on who is located on their side of the bracket, Iowa basketball could have a nice road to a Final Four appearance. What a way for Garza to go out as a Hawkeye…. a Final Four and having your jersey retired. If anything, the motivation has been set in motion for the Hawkeyes.