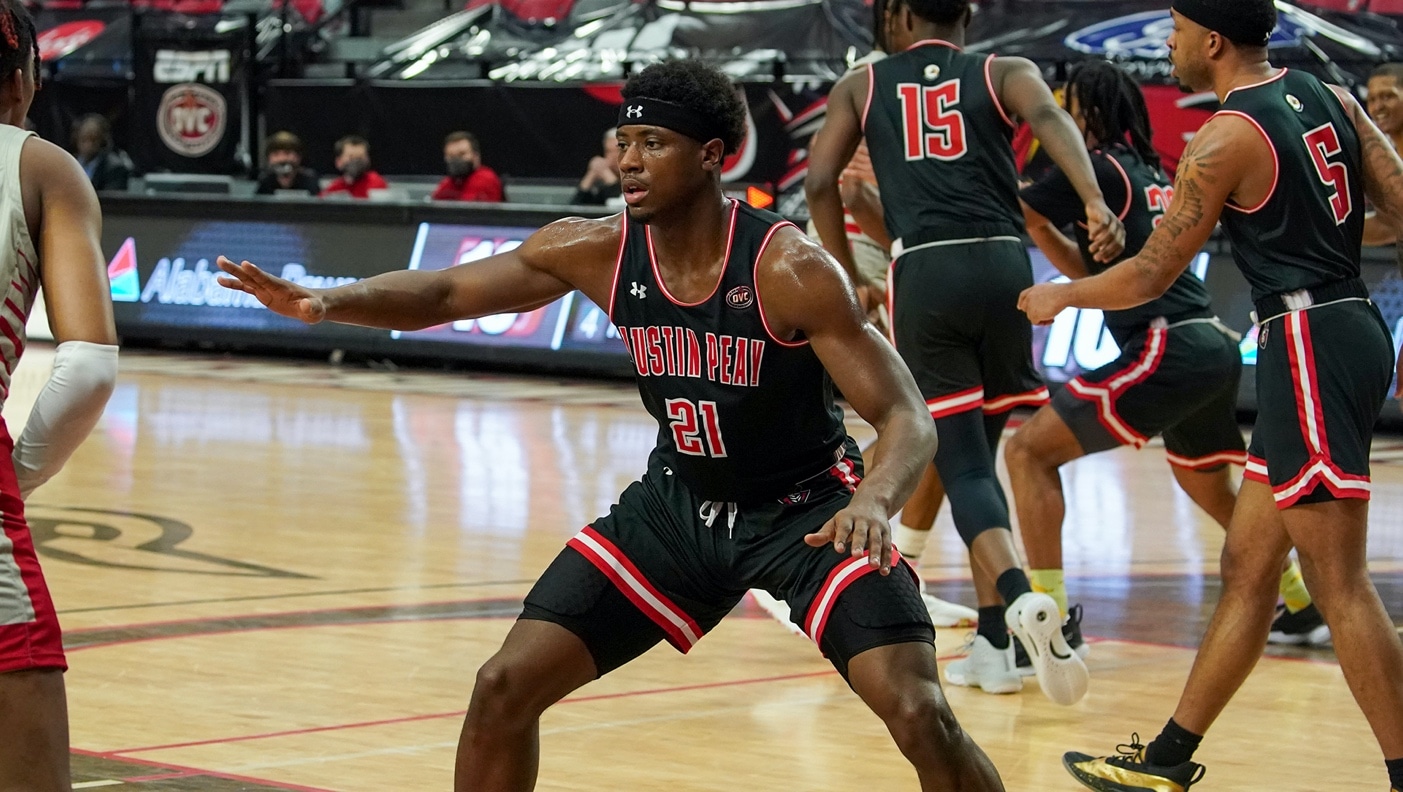 If the Ohio Valley Conference has shown us anything in last years, it is that the players in this conference are not to be overlooked… especially come time for the Big Dance (Ja’ Morant of Murray State or the run of the Tennessee Tech Eagles for example). With the OVC Tournament beginning tonight in Evansville, Indians, here are some faces you might be hearing about during the madness of March.

Terry Taylor, Austin Peay: Even though Austin Peay was a fifth-place finisher in the OVC standings, Taylor was named the OVC Player of the Year for a second time this year. Taylor is ranked sixth in the nation in scoring with 21.7 points per game average and also ranks ninth taking in rebounds off the glass. A quick fact to watch for in his game… he ranks first in double-doubles. In short, Taylor makes his teammate so better. Maybe good enough to lead A-P to the OVC Championship and the Big Dance.

Grayson Murphy, Belmont: One of two players from regular-season champ Belmont on the list. Grayson Murphy was the Defensive Player of the Year for the second straight year in the OVC. He is fifth in the conference pulling down 8.1 rebounds a game.

Nick Muszynski, Belmont: The second Belmont player added to the list. Muszynski was named to the Ohio Valley Conference First Team roster by averaging 15.2 points, 5.5 rebounds and 1.6 blocks a game. Look for Muszynski to try and lead Belmont to a regular season and tournament championship.