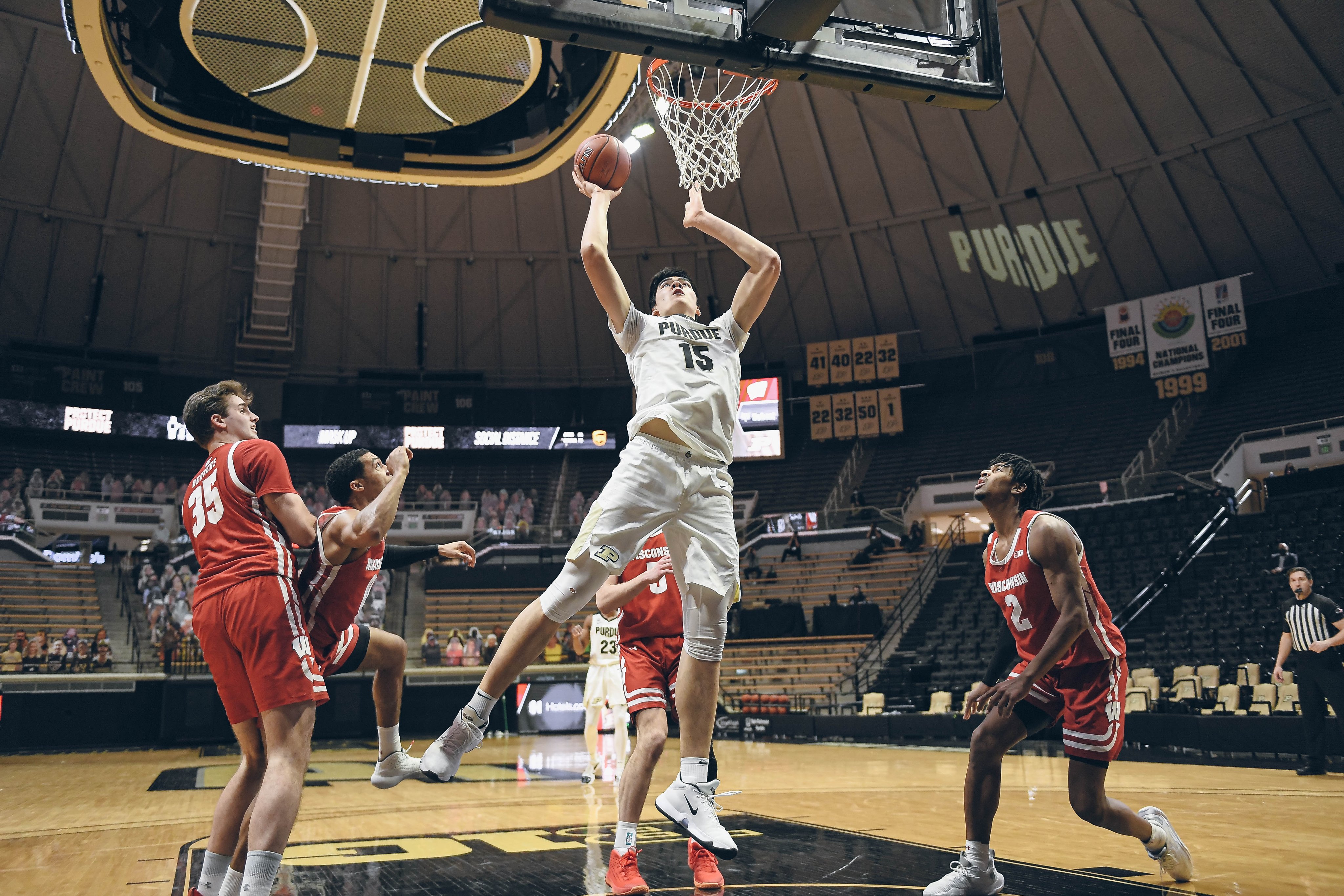 Let me “paint” a pretty picture of the future for Purdue Basketball. Matt Painter’s squad was led by a pair of freshmen in an important Big 10 win that will help their seeding in both the Big 10 Tournament and the NCAA Tournament. Purdue outlasted a veteran and tested Wisconsin 73-69.

1) Purdue Basketball Dominates Inside in Win Over Wisconsin

In an era where three-pointers are paramount and popular, Purdue used a huge 36-18 scoring advantage inside the paint to eke out this win over a gritty and experienced Badger squad. The Boilermakers got 44 points from their big men.

What a fight for the young Boilermakers against the Big Ten’s oldest team! pic.twitter.com/tjZklBeVDs

No one was bigger for Purdue tonight than 7-4 freshmen center Zach Edey. Literally and figuratively! He scored a season-high 21 points in only 18 minutes of action. He made eight of 11 field-goal attempts and scored nine straight points in a crucial second-half stretch. On the opposite end of the spectrum, freshman point guard Jaden Ivey was equally as effective and important in this win. He tallied 18 points and made nine of 10 from the charity stripe. Purdue is poised for Big 10 prominence the next few years with this dynamic young duo.

🇨🇦 What a night for the Big Canadian!

Dominated the 2nd half. pic.twitter.com/Vg5izmmppp

There aren’t many teams as old as Wisconsin. At this time of year, teams with this experience tend to go one of two ways. They are seasoned, know how to win, grind out wins as they know their careers are coming to a close. Then again, some veterans teams are looking ahead to their careers off-campus, and their play and focus fizzle. Wisconsin has time to turn it around, but they look more like the latter lately as they have now lost four of their last five games.

Fight to the finish, fellas!

Micah and Brad with some big-time buckets down the stretch

Purdue hosts Indiana Saturday afternoon in the regular-season finale for both teams. Meanwhile, Wisconsin will try to right the ship in a tough matchup at Iowa.