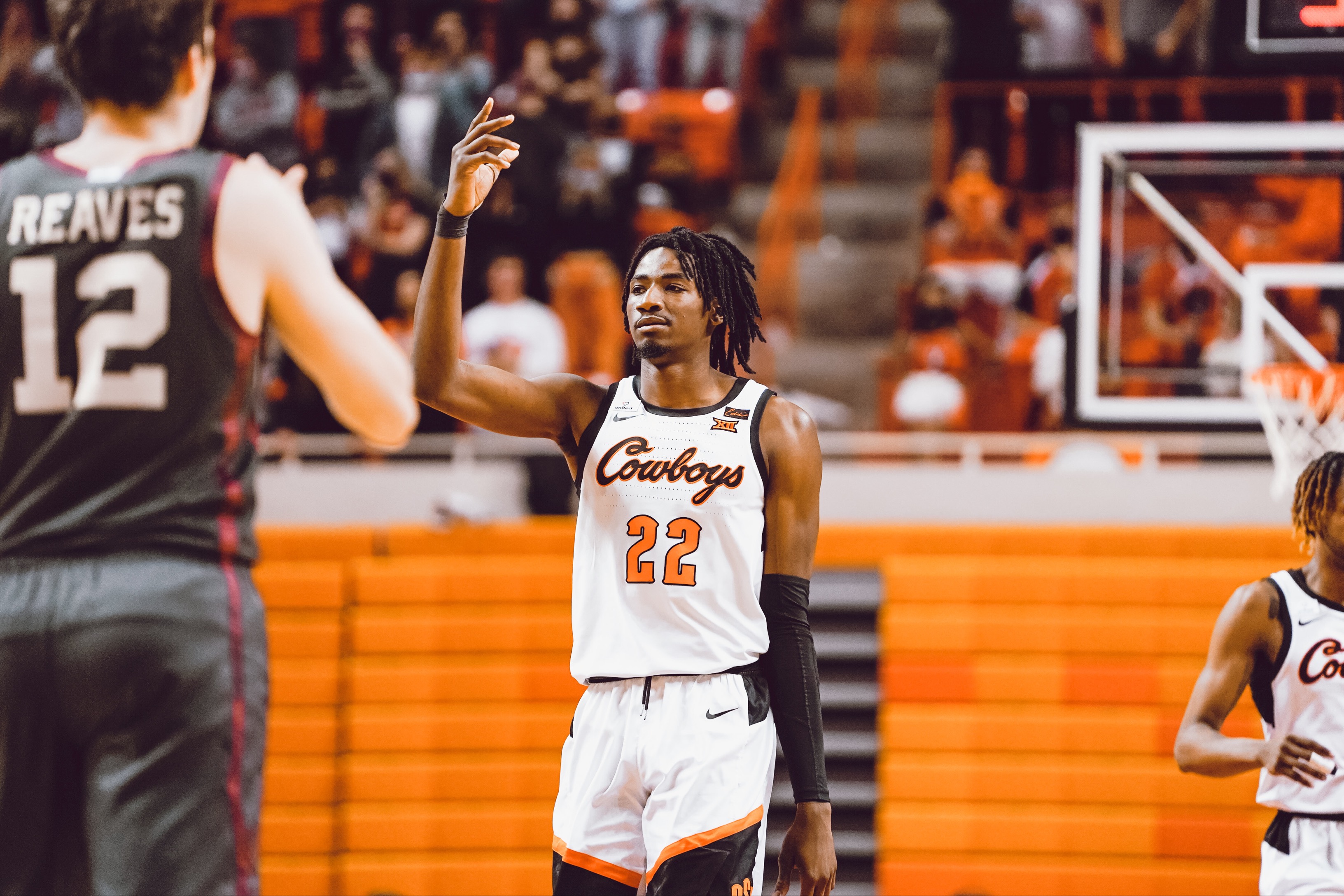 There are a lot of great rivalries in the Big 12. Bedlam between Oklahoma and Oklahoma State is right up there with the best of them. The two teams put on another great show in the final week of the regular season for both teams. The Cowboys won 79-75 to sweep the two-game series over the last three days.

You would expect Cade Cunningham to play a role in any Cowboy win. He did, albeit quietly. In Cunningham’s absence, it was Kalib Boone who played the role of superstar. All Boone did was make eight of nine field-goal attempts en route to a 17-point, nine-rebound performance. His biggest play may have been a block of Oklahoma’s Elijah Harkless point-blank attempt with Oklahoma State ahead by two points.

Cade Cunningham had 40 points in the Cowboy’s four-point win between these two teams 48 hours ago. He had two points, both from the charity stripe, in the game’s first 30 minutes Monday night. He didn’t make his first basket until there was 7:15 left in the game. As great players do, Cunningham was big late in the game. He keyed an important 7-0 run to give Oklahoma State basketball the lead for good. He was one of four Cowboys in double figures and made nine of his ten free throw attempts, including four in the final minute to seal the game.

🗣 HOW BOUT THEM COWBOYS @OSUMBB bring out the broom after sweeping Oklahoma this season. pic.twitter.com/UYpDkJGXgw

The Sooners may have lost the game, but they made 13 three-pointers for the game and got a worldly performance from Brady Manek. That’s a recipe for winning games in postseason play. Manek was Oklahoma’s leading scorer with 20 points. He added nine rebounds, four assists, and a block. He did miss a game-tying three-point attempt from the corner in the final minute.

The two teams could meet again as early as the quarterfinal round in next week’s Big 12 Tournament. They were seeded fourth and fifth respectively heading into this contest. Oklahoma State has a tough slate left having to travel to Baylor (Thursday) and West Virginia (Saturday) to end the regular season. Oklahoma hosts Texas Thursday to close out their regular season.