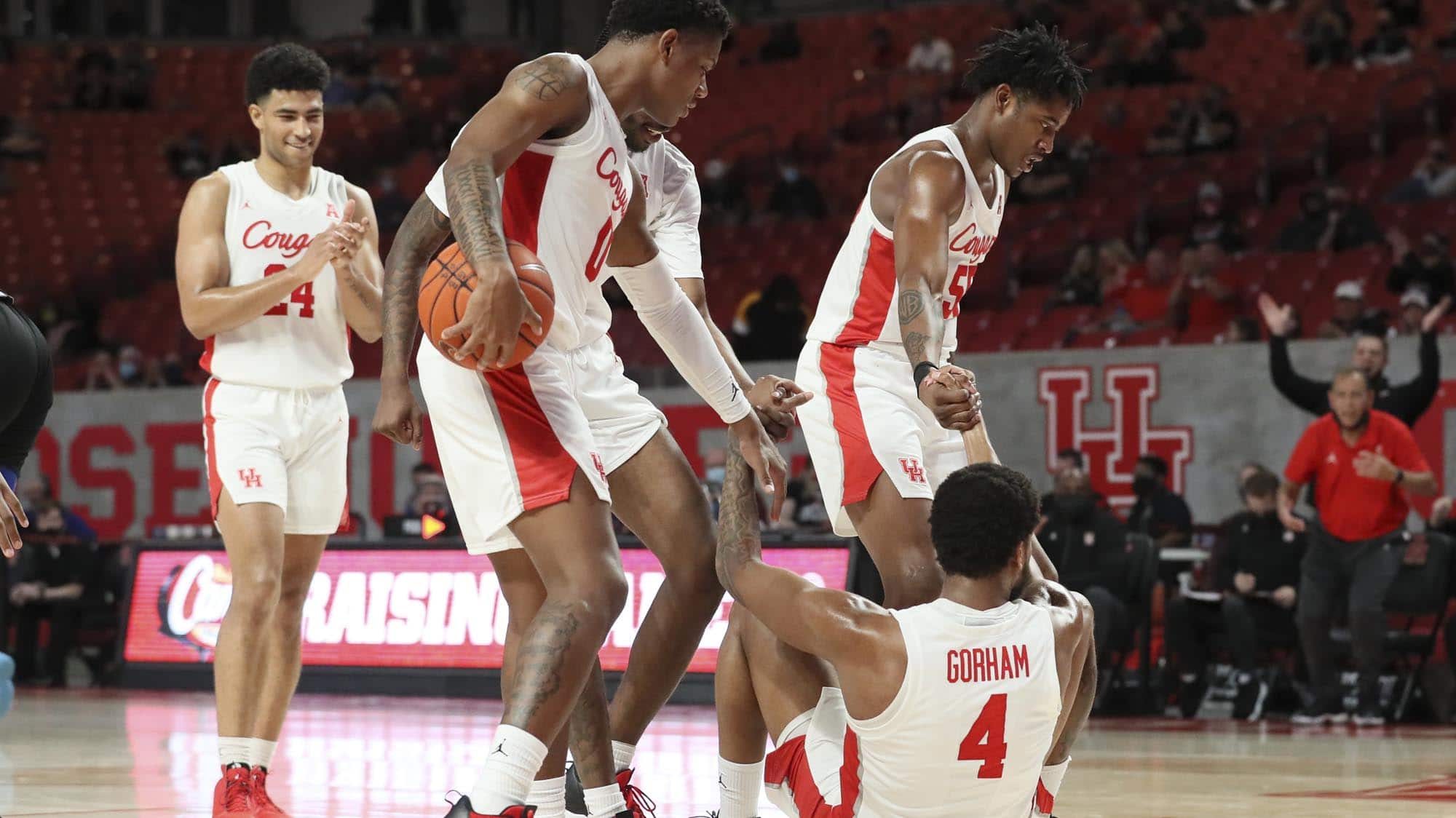 Houston basketball got win number 12 on the season over a quality Tulsa basketball team.

The Golden Hurricanes could not find any answer for the man to man or the zone. Coach Frank Haith showed moments on the sideline of frustration as the Cougars outplayed and had some luck on their side. I doubt that Coach Haith had planned to try and shot three-pointers all night, but that seemed to be the case in the first few minutes of the games.

Unfortunately, Tulsa basketball has articles in the past to look at what it needs to work on. While Houston basketball was focused on stopping Brandon Rachal, the Golden Hurricanes could not stop Marcus Sasser. He did not play most of the second half after putting up 26 points, 3 rebounds, 1 assist, and 2 steals. Quentin Grimes followed closely behind with 18 points, 7 rebounds, 5 assists, and 2 steals. Brandon Rachal was still able to put up 18 points, 3 rebounds, 3 assists, and 2 steals.

1) Tulsa doesn’t give up

This was the lone bright spot for Tulsa basketball. After going into the half down 41-19, Tulsa came out looking solid. The team fought back, started making shots, and ground it out. The struggle was real as the lid came off, but the numbers looked solid from the field after a rough first half.

Coach Haith knows what he is doing, and while there wasn’t much of a response, they were able to put up 19 points in the first 10 minutes of the second half. The team created shots and found holes, and stayed aggressive. The team limited fouls but really could not come up with an answer against this Houston team.

The frustration of the team could be seen in getting a technical foul for Elijah Joiner boiling over. Tulsa basketball will need to work on a lot and needed to be on their A-game. Tulsa was able to keep pace with Houston in the second half scoring only three points less. This team is still tough and has faced the hardest part of its schedule. There is plenty of time to bounce back and still end up in the top three of the conference and be a tournament team.

The Houston basketball defense is tough

This defense is tough to play against. Coming in ranked as the best in American Athletic Conference and number 2 in the nation behind UAB, Houston basketball showed different defenses in the first few minutes until settling into a two-three zone. This was a huge success as the team held the Tulsa Golden Hurricane to 19 points in the first half of play. The Cougars were willing to give up the three.

This team does need to work on transition defense. This was the weakness of the Houston basketball team. The Cougars have active hands, disrupts passing lanes, and puts their bodies on the other team. Houston basketball ended the night with 52 rebounds, 25 of which were offensive. The team also caused 18 turnovers for Tulsa basketball, 12 of which were steals. The team also had a couple of rebounds negated due to miscues. It was an impressive all-around game for the Houston Cougars.

In the first half, Houston basketball had 16 more rebounds. Eight of them were offensive rebounds. Beyond that, any ball that was up for grabs the Cougars were going after. Houston basketball was putting in put backs, getting more than one look per possession. Even when the team was up over 20 points, the Cougars fought for the ball, kept the pressure on Tulsa, and were relentless.

In the first half, the Cougars had 19-second chance points. Coach Kelvin Sampson is doing the work, and it is showing up in his players. This team is terrifying when it is firing on all cylinders. The team was able to let up in the end and rested the star players.

The Cougars will host the Cincinnati Bearcats on Saturday, January 23, 2021. If Coach Sampson continues to have these great game plans and gets the most of his players, this team will be tough to beat. Tulsa basketball will host Tulane on Saturday, January 23, 2021. I am terrified for the Green Wave, the Golden Hurricanes will come out with a mission in mind, and I expect them to release a lot of anger on this Tulane team.