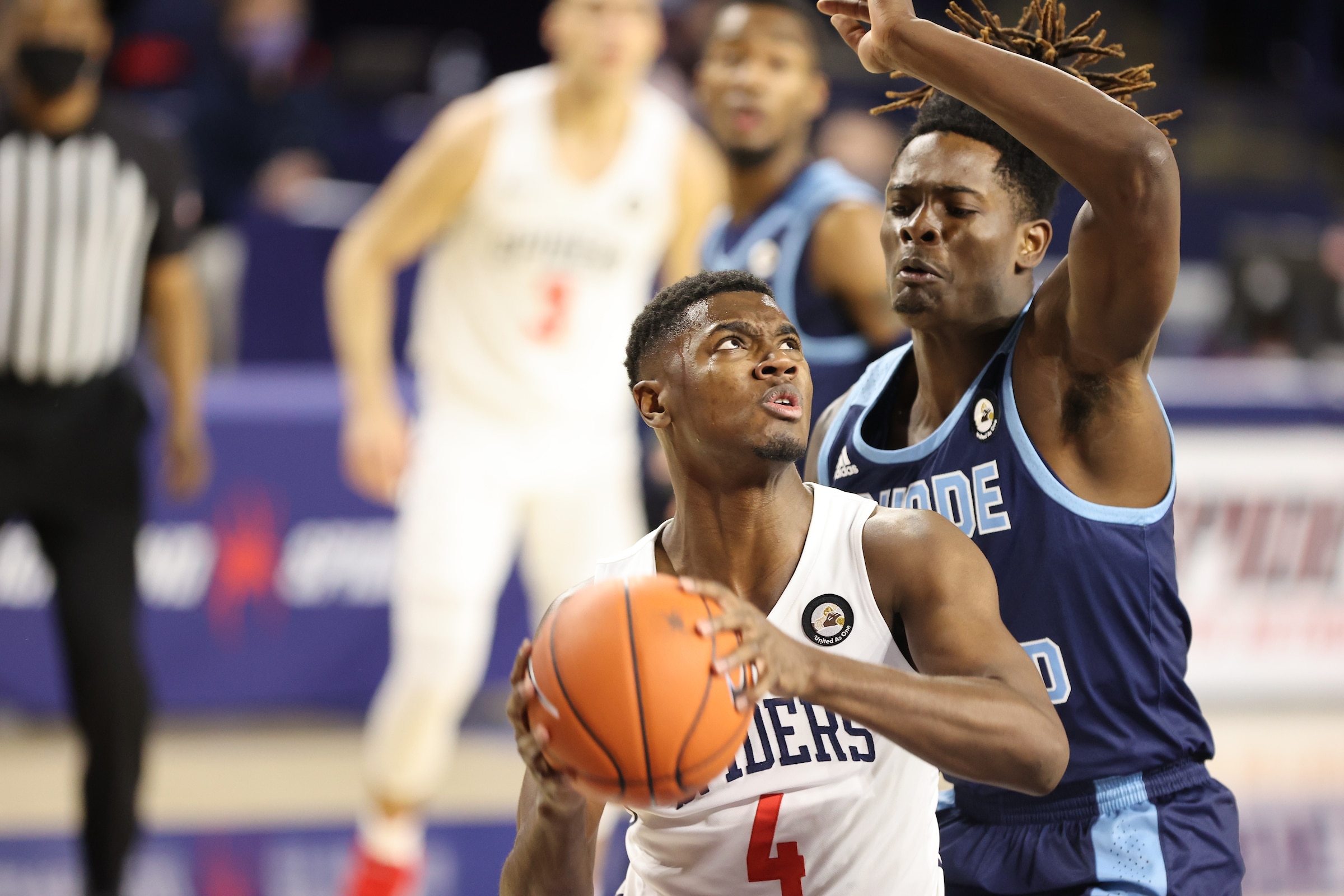 Richmond basketball controlled the game throughout, pulling away late for a crucial A-10 win over Rhode Island.

Off the heels of a loss to the hands of St. Bonaventure, the Richmond Spiders were in dire need of their second conference win on Wednesday night.

Although Rhode Island both out-shot and out-rebounded the Spiders, their efficiency from both the free-throw line and three-point stripe, as well as their tenacity on defense (forcing 19 turnovers) led Richmond to a resounding win.

Heading into Wednesday’s game, Richmond senior guard Jacob Gilyard was shooting a mere 27% from three, a far cry from the 36% clip that he had shot from in his three seasons prior.

Part of Gilyard’s struggles from deep can certainly be attributed to the absence of Nick Sherod, whose three-point productivity carried the Spiders on offense at times last season.

However, Gilyard’s performance against Rhode Island served as a glimmer of hope that he has recovered his stroke. Gilyard dropped 22 points, making six three-pointers on eight attempts.

While Nathan Cayo has picked up some of the scoring load this season, Gilyard will need to continue to shoot at a high clip if the Spiders want to live up to their NCAA Tournament potential. Although Richmond basketball limped to the end of non-conference play, Gilyard and the Spiders can certainly crawl their way back into the Tournament conversation with more performances like Wednesday night’s.

Prior to the season, Rhode Island senior guard, Fatts Russell was one of the nation’s top returning players, with everybody surrounding the Rams’ program anticipating an impactful senior encore in 2020.

Thus far, Russell’s season has been anything but. With just 14 points per game on a career-low 32% field goal percentage, Russell and the Rams have been struggling to find answers.

It looked as if Russell had hit his stride on Sunday against St. Joe’s when he dropped 20 points, eight rebounds, and eight assists in an overtime win. Unfortunately, Russell’s success did not carry over against higher competition.

While he certainly did not have a bad game, Russell’s 18 points came on just 7/17 shooting, and the Rams’ lack of an efficient second scoring option showed, as Russell shot 0-for-5 from deep.

Russell and the Rams will need to get back on track soon, as they now sit at 5-6, and without a quality win since December’s upset over Seton Hall.

The biggest strength of this Richmond team, even without Sherod, is their experience. Four of the Spiders’ five starters are seniors, and that experience has shown this season in Richmond’s ability to win close games.

Of Richmond’s eight wins, half have come by single-digits, which can be attributed to the senior leadership on the court in the second half.

Richmond plays at their highest level when they are able to control the pace, especially late in the game. The Spiders led throughout most of Wednesday’s tilt, snuffing out repeated efforts by Rhode Island to get back in the game in the second half.

With duels against Saint Louis, VCU, and Dayton yet to come, the Spiders will need to continue to exert their experience over opponents in order to come out on top of the A-10.

Richmond will take on George Mason on Saturday before a huge game against VCU at home a week later. The Spiders are now 8-3 on the season, including a 2-1 record in conference play.

Rhode Island will face off against VCU on the road on Saturday in a must-win game for the Rams. Rhode Island is now 5-6, with a 2-2 mark in conference play.