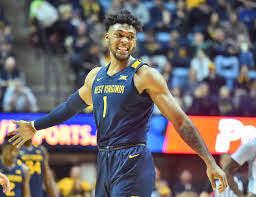 West Virginia basketball erased a 19-point deficit against Oklahoma State and won 87-84. Here are three takeaways from this game.

Cunningham and Likekele are the only two players on Oklahoma State averaging double-figures in points. In their upset against Texas Tech, the duo combined for 30 points with Cunningham fouling out halfway through overtime. Tonight, they combined for 47 on 19-30 shooting. Cunningham cashed in 25 and Likekele attributed 22, respectively.

Cade Cunningham does need to be smart defensively though, as he has fouled out the past two games. Isaac Likekele may be the veteran leader that Cade Cunningham needed to play alongside to continue working on his craft and chase down the No. 1 pick in the NBA Draft.

2) Oklahoma State needs to learn to protect a lead

Oklahoma State beat Texas Tech in overtime 82-77 but that was because they blew an early 12 point lead. Tonight, they were up 19 against West Virginia  basketball before losing it late in the 2nd half. In the Big 12, there are no easy games but the Cowboys seem to take their foot off the gas when they have a lead larger than 10.

That being said, the Mountaineers showed that they are still strong defensively as ‘Press Virginia’ and can hold their own in the Big 12.

Eight teams in the Big 12 are above .500 and six of them are .500 or better in conference play. After Texas defeated Kansas, they earned some hype and could potentially be a competitor for the Baylor Bears. Oklahoma State has shown they have the talent and team to win important games but they need to start protecting leads if they want to go deep in the Big 12.

West Virginia basketball proved they are still ‘Press Virginia’ and are a team to look out for late in the season. Other than the Big 10, the Big 12 could have the most teams with a bid come March.