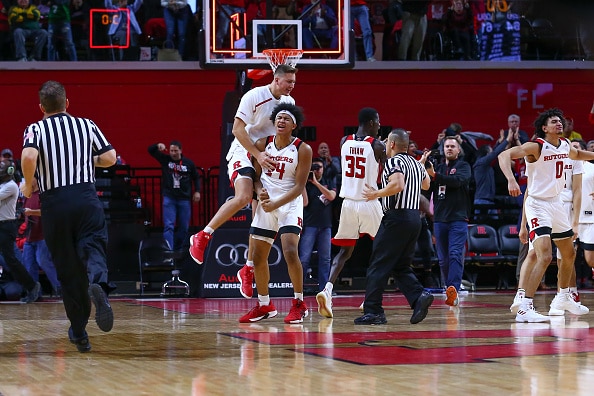 Rutgers vs. Illinois was a back and forth affair. The Illini led 41-37 after the first twenty minutes but were outscored 54-47 in the second half.

1) Rutgers’ Backcourt is the Best in the Big-Ten

Between Ron Harper Jr., Geo Baker, Jacob Young, Paul Mulcahy, and Montez Mathis, Rutgers has the best backcourt in the conference. Their guards are all perimeter threats, but also have the ability to get downhill and score in the paint. Their aggressiveness today was evident in their ability to draw fouls. Rutgers finished 25-36 from the free-throw line, not great from a percentage standpoint but a good sign going forward in Big-Ten play.

2) Ron Harper Jr. will be a First Team All Big-Ten Selection

Harper Jr. had himself a day. The junior guard dropped 28 points on 9-of-15 shooting from the floor. Harper Jr. also shot an efficient 5-of-8 from three. At 6-foot-6, Harper Jr. can really do everything on the court, as he also grabbed nine rebounds. While Luka Garza is undoubtedly the favorite to win Big-Ten player of the year, keep an eye on Harper Jr. as we progress through conference play.

3) The Illini will be just fine

Illinois (5-3, 1-1) has had some tough luck losses in the early season. Don’t doubt Brad Underwood and company, as the Illini have the depth and experience necessary for a top-four Big-Ten regular-season finish. A second-weekend appearance in the NCAA Tournament is still feasible.