Seton Hall Basketball Pirates Look to Rebound versus No. 21 Oregon 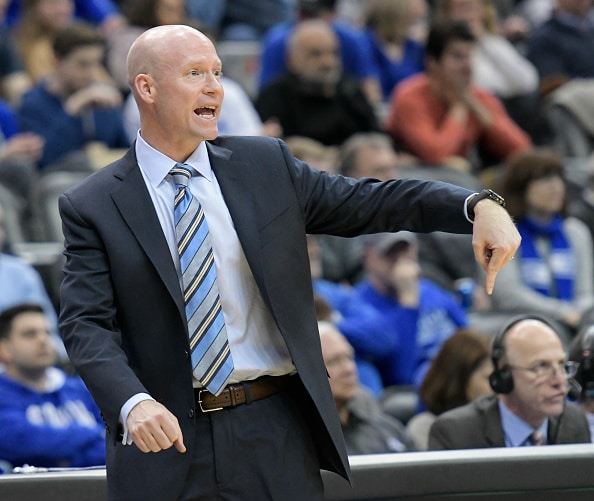 Seton Hall Basketball has an important game against an interesting Oregon Ducks team.

Coming off of an 86-64 win against Iona in the Seton Hall basketball home opener on Monday night, the team traveled to Kingston, Rhode Island two days later for a matchup with the URI Rams.  While the contest ended with the Pirates on the wrong side of a 76-63 score, there were times that the gap felt even larger than that.

The story of the game continues to be the same-old narrative that has plagued the Pirates early on this season: the search for offense outside of Sandro Mamukelashvili.  While Sandro contributed with his 9th career double-double (25 points, 10 rebounds), Jared Rhoden was the only other Pirate with 10 or more points.  Fourteen turnovers and a measly 67% from the free-throw line also factored into the 13-point defeat.  With the loss of offensive threat Myles Powell, floor general Quincy McKnight, and dominant shot-blocker Romaro Gill, the Pirates are still searching for their legs early in this season.  Oh, and a 14-day program shutdown due to COVID-19 didn’t do much to help the cause either.

That’s why in the craziness that is college basketball in 2020, it’s as important as ever to play as many games before conference season rolls around.  Kevin Willard always puts together a strong non-conference schedule, and he’s managed to still do that even when everything needed readjustment.  He is the chiropractor, after all.

All of this leads the Pirates into what will be their toughest opponent yet in the 21st ranked Oregon Ducks.  If this matchup sounds familiar, it’s because these two teams met in last years’ Battle 4 Atlantis tournament in Paradise Island Bahamas.  It was an intense, evenly-matched contest that saw the Ducks edge out a 71-69 victory.  The game featured one of the premiere guard matchups in college hoops with Myles Powell facing off against Payton Pritchard.  With both guards having departed for the NBA, this contest will give the fans a much different feel.

The Pirates will be traveling halfway across the country for this matchup while the Ducks will extend their stay at the CHI Health Center.  After Oregon’s home opener against Eastern Washington was postponed, Dana Altman took his crew to Nebraska where they were defeated by Missouri on Wednesday, 83-75.  While the Ducks are less familiar with the CHI Health Center, it should be an arena that the Pirates are well acquainted with.  Seton Hall basketball wasn’t expecting to take a trip to Creighton and Nebraska until well after the new year.  However, with the fluidity of the 2020-21 basketball season, it’s already time for the Pirates to fuel up the jet!

Let’s start with Chris Duarte, who Seton Hall fans should remember from last year’s matchup.  He contributed to the victory with a solid 11 points and five rebounds in 31 minutes.  Duarte missed the final three games of the Ducks’ season last year with a broken finger but looks to step into an even more prominent role this year for Dana Altman’s squad.  In Oregon’s season opener against Missouri, he poured in 22 points on 7-12 from the field.

Next up is Eugene Omoruyi, who Seton Hall basketball fans know from his days at Rutgers.  Transferring to Oregon for his senior season, he figures to be a force on both ends of the floor for the Ducks.  The honorable mention All-Big Ten from a year ago showed his dominance over Missouri, leading the Ducks with 31 points and 11 boards.

Finally, the Ducks are receiving even more help from a previous Seton Hall basketball foe in LJ Figueroa.  The St. John’s transfer received his waiver to become immediately eligible from the NCAA yesterday.  The rich get even richer and Figueroa will look to provide more help for an already formidable Oregon squad.

Keys To The Game

Seton Hall:  At the risk of sounding like a broken record from years past, Seton Hall’s free throw shooting will need to be at peak performance tonight.  Missouri got to the free-throw line 17 times against Baylor compared to the 23 times the Hall got there vs. Rhode Island.  In a much tougher task, the Pirates cannot waste any opportunities.  Those opportunities can also come from not turning the ball over, where the Pirates need a lower number in that category tonight. Lastly, anything the Pirates can get from Myles Cale and/or Tyrese Samuel would be a huge plus.

Oregon:  Outside of the production from Omoruyi and Duarte in their first game, the Ducks need to find a way to get other guys involved.  Since Ike Obiagu has three inches and 40 pounds on N’Faly Dante, it’s hard to imagine that production would come from inside.  If LJ Figueroa plays enough meaningful minutes in this game, look for him and Eric Williams Jr. to get in on the action.