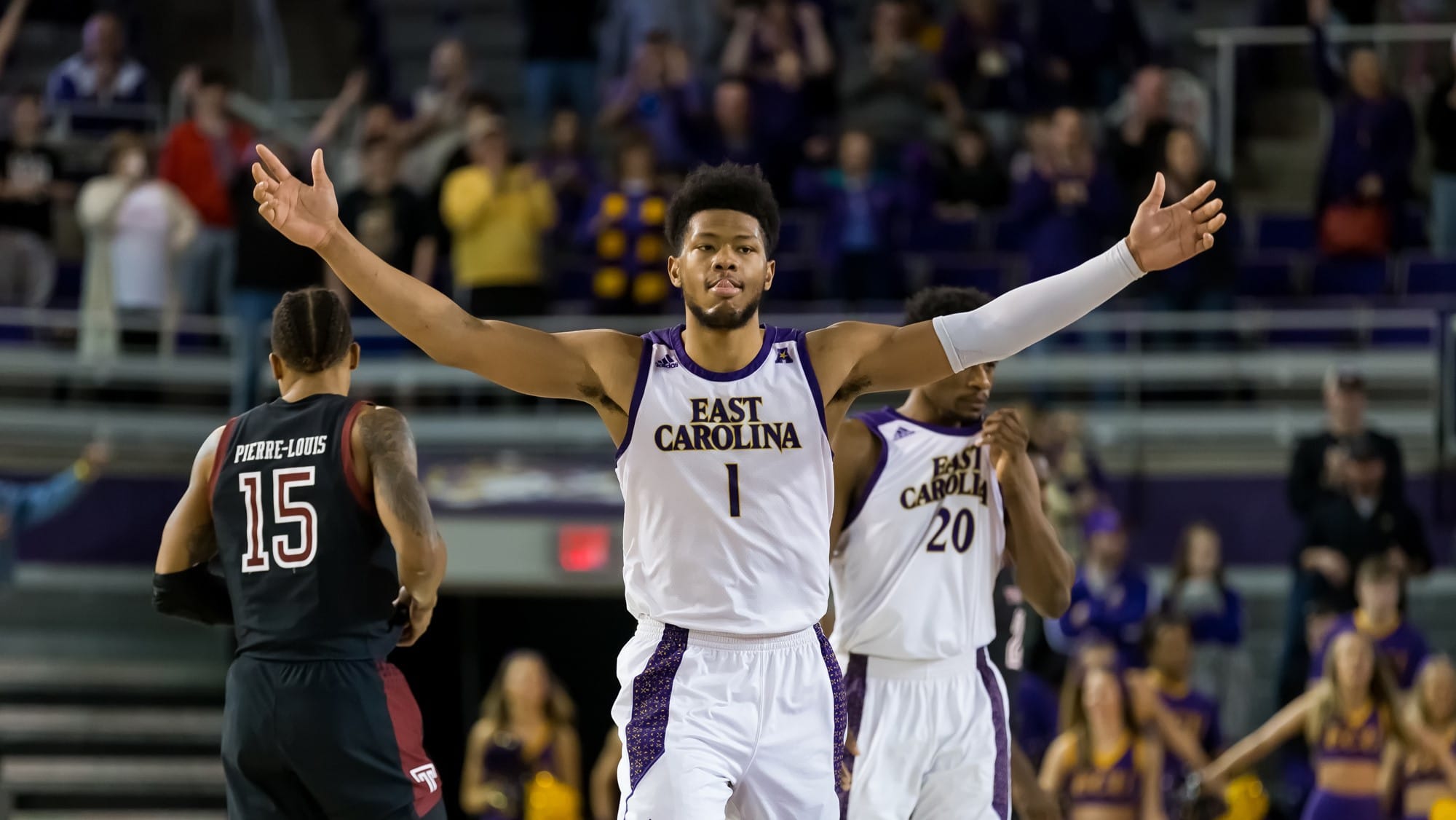 Jayden Gardner has a chance to lead East Carolina basketball to prominence if he continues his strong play.

In his first game for East Carolina basketball, Jayden Gardner had six points going into a tied half time 32-32 with the Charlotte 49ers. In the second half, he came out to lead the Pirates to victory, topping Charlotte 66-57. Gardner put up 18 points going 7-14 from the field against Charlotte. He also added five rebounds and an assist with two turnovers. Gardner has great leadership skills, plays solid defense, and can shoulder ECU men’s basketball. He will continue to be a shining star on this team.

Against NC Wesleyan, Gardner didn’t let up. In the first half, he only put up nine points as the Pirates led the Battle Bishops, 44-30. However, in the second half, Gardner opened up the lead as he posted an impressive outing. After finishing the game, Jayden Gardner had an awe-inspiring day missing only 1 shot from the floor. He went 11-12 from the field and 5-for-7 at the charity stripe. He added to his line adding 4 rebounds, 1 assist, and 1 steal. East Carolina basketball defeated NC Wesleyan Tuesday afternoon, 91-62.

Entering his junior year, Jayden Gardner has continued to improve. In his freshmen year, Gardner averaged 16.3 points, 1.3 assists, 8.5 rebounds, and 0.8 steals in 30.6 minutes. He increased every stat his sophomore year as he averaged 19.7 points, 2.2 assists, 9.2 rebounds, and 1.1 steals in 34.3 minutes. This year Gardner has more talent and a more mature team surrounding him. He is playing smarter, has better vision, and with other teams having to focus on the talent surrounding him. Gardner will continue to dominate. If you want to see his talent, ECU Pirates play the Radford Highland on ESPN+ Saturday, December 5th, 2020. There is plenty of tape on him all over Youtube, and you can see his highlights from last season, 2019-2020. Here is an example for your viewing pleasure.