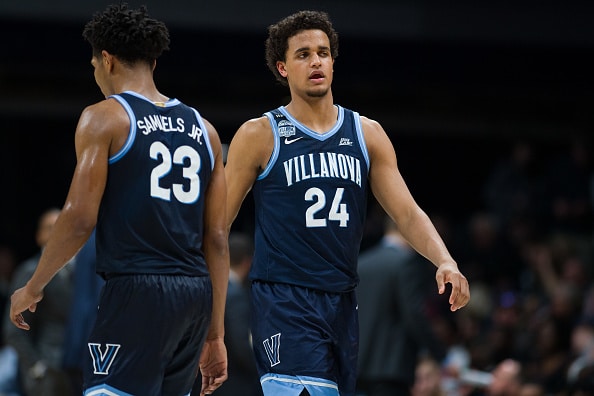 Mohegan Sun has churned out some fantastic basketball in the opening week. A top-20 matchup between Villanova and Arizona State is at the top of that list. In fact, it may be a preview of two Final Four teams.

Coming into the season, Villanova’s talent was more than just noteworthy. The Cats returned the top guard in the Big East in Collin Gillespie, paired with first-round NBA prospect Jeremiah Robinson-Earl. Senior Jermaine Samuels isn’t too shabby either, and the deep range threat in Justin Moore makes it a team almost impossible to defend. And this isn’t even going into depth – Jay Wright has a few other players that round out a more than complete starting five with sparkplugs off the bench. It’s a team to be feared and that’s just how Wright has built this program.

For the Sun Devils, Final Four talk isn’t something they’re exactly used to. But coach Bobby Hurley has the makeup of a team that can accomplish that goal for the first time in program history. Preseason All-American Remy Martin is an absolute bucket – he was only held to five points on 2-of-8 shooting, but don’t let that distract you from his ability to drop 20 points on any given night. He already had 26 in Arizona State’s first win against Rhode Island and hit the mark 18 times last season.

Villanova took this one thanks to the scoring outburst from Robinson-Earl. His 28 points were a career-high. He cashed in two jumpers in the final minute to extend a nine-point Nova lead into the half. That nine-point lead proved to be the outcome, as ‘JRE’ was uncontested in the second half with a 15 point outburst in the final 20 minutes, after his 13 in the first half.

While Arizona State may be dissatisfied with the final score, the improvements to come from it are right there in the open. Besides Martin’s struggles, freshman Marcus Bagley also shot just 3-of-11 for 10 points. Fellow freshman Josh Christopher wowed with 28 points of his own, but key bench players Holland Woods and Taeshon Cherry combined for just five points.

Even with those struggles, the Sun Devils trailed by just six points with less than 15 minutes remaining, until a Robinson-Earl three started a 17 to 6 run to which the Wildcats never looked back.

Arizona State ended on a short run of their own, but it was too late, as Villanova improved to 2-0 with an 83 to 74 win.

What is Villanova’s height?

This team can compete for a National Championship, and the Final Four seems imminent. In a year where teams seem even coming into the season, Nova is an inch above the rest. The talent is one thing, but having a championship-winning coach and players from that team are both other stories.

If everyone on this team stays healthy, a fourth National Championship is in play for Nova Nation. It isn’t the deepest roster, so that could be key, but if it comes true, Jay Wright has one heck of a ball club.

Is Arizona State for real?

Offensively, yes. They scored 74 points with two of their top three players throwing up near blanks. The bench was also shut down, which won’t happen in most games. If the Sun Devils can be more consistent shooting the ball and ramp up their defensive efforts, Bobby Hurley may be in the Final Four in 2021.