A New Look at the American: Memphis Basketball 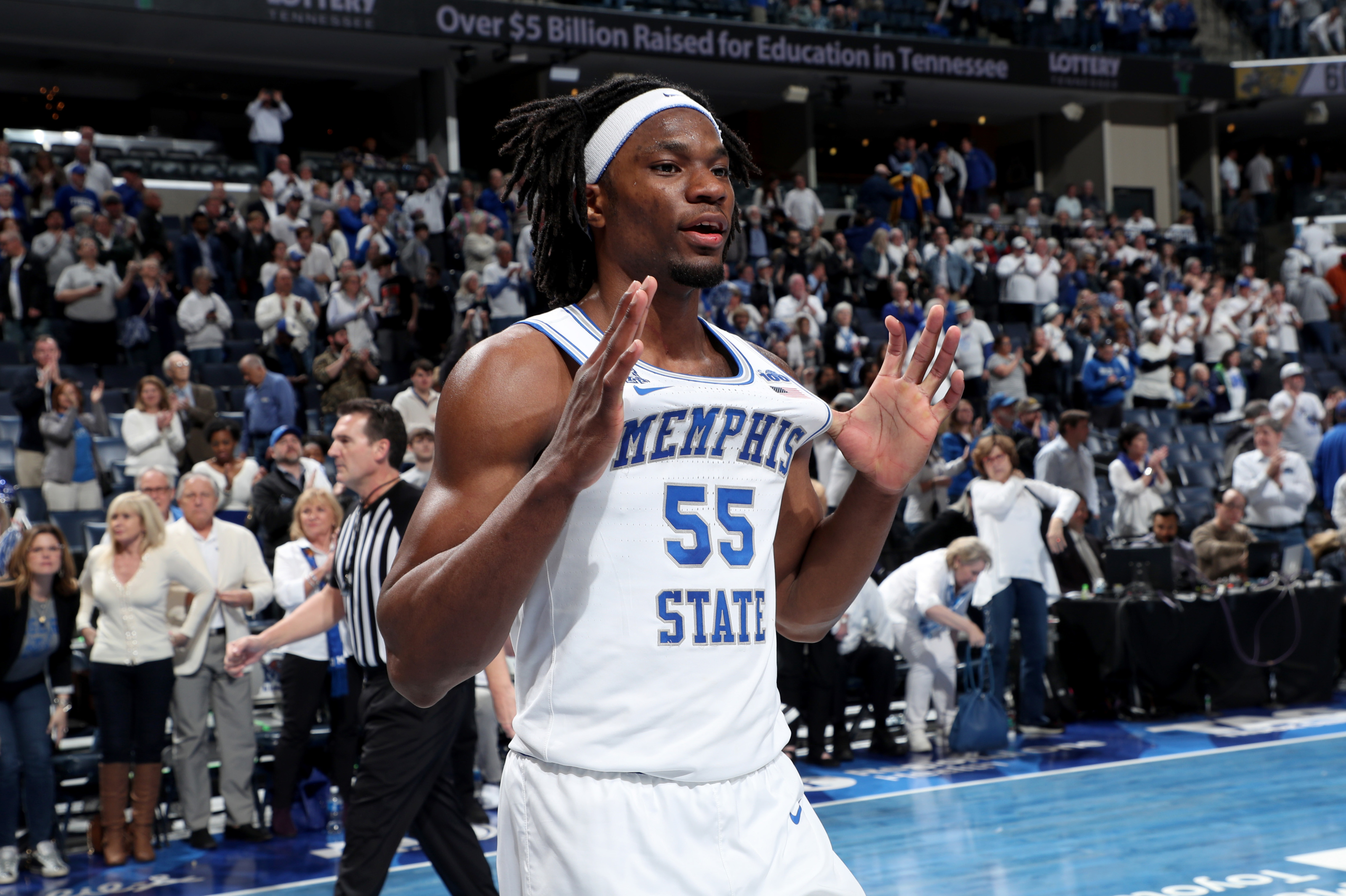 In 2018, Memphis basketball brought in a new head coach in Penny Hardaway. The team has not looked back since. Hardaway has done well in his two seasons coaching at the college level going 43-24 in that time. Being in the top half of the conference last year, the team finished tied for 3rd with UConn. Memphis basketball went 10-8 in the conference and 21-10 overall. Hardaway is selling the chance at the NBA to future potential players. In his first year, one player, Jeremiah Martin, went is a professional player in the NBA. This year he has two players that are going to play professionally in the NBA. This team is very talented and has a lot of upside. There is a lot of freshmen returning to the Memphis basketball program this season. This new found maturity will make this team very difficult to match up with. Let’s check out how the team is changing.

This team was very young last year and will only lose one player to graduation. This player is 6-foot-10 center Isaiah Maurice. He was a depth player that averaged 9.5 minutes, 3.5 points, 2.2 rebounds and 0.1 assists per game. This is part of the reason that some of the players coming in are going to have an immediate impact. While, he was talented, he was not one of the players that the team relied heavily on.

In the beginning, there was a tease that Hardaway will get you to the NBA. This year he has two players heading that way. Two freshmen players are seeking a professional career in the NBA. The first player was seemingly forced into going pro early in the season. The controversy surrounding player James Wiseman was a concern early in the year. He is a 7-foot-1 center that played 3 games at Memphis in 2019 before being suspended due for accepting an NCAA benefit while in high school. In those three games, Wiseman averaged 23 minutes, 19. point, 10.7 rebounds and 0.3 assists per game. The other player stepped up and became a monster freshman in Precious Achiuwa. He was named AAC player of the year in 2020, AAC freshman of the year, First-team all-AAC and was a nominee for the Julius Erving Award. While at Memphis, Achiuwa averaged 30.4 minutes 15.8 points, 10.8 rebounds and 1.0 assist per game. He was a huge piece of their team, but they have a new player coming in that profiles to be even better.

There was only one player that is leaving the program for different prospects. Tyler Harris is a 5-foot-9 junior guard that is transferring to Iowa State. He was actually a detriment to the team on defense due to his size. While at Memphis, he averaged 20.6 minutes, 8.7 points, 1.8 rebounds and 0.8 assists. There were times that he was the player that lead the team to victory from a deficit on offense. He was 5th on the team in scoring, 4th if you remove Wiseman’s small sample size. Harris was also the smallest player on the team, with his departure, the title now belongs to Alex Lomax at 6-foot-0.

The biggest incoming transfer in this off season for Hardaway was Landers Nolley II. Nolley was a high sought after forward from Virginia Tech. He is a 6-foot-7 sophomore. While at Virginia Tech, he averaged 30.2 minutes, 15.5 points, 5.8 rebounds and 2.4 assists per game. Those numbers are a huge asset to Memphis basketball and would rank him third in points and fourth in assists, second in points if you remove Wiseman. He would also be fourth in rebounds, third if you remove Wiseman. Nolley is very athletic and has a lot of talent. Mixed with his size and ball handling ability, he will be a difficult player to play man against. Nolley varies his shot selections, can create, distributes the ball  well and has a high basketball IQ. Defensively, he has ability, but would benefit from being up against big men. Nolley has the ability to block shots, but gets sucked in to plays and loses his man on defense. He drifts to places, but does have the ability to find the ball if it is loose. Nolley can grow into an even better player and I would not be surprised if he is another NBA product for Hardaway. While Memphis basketball will be seeking a waiver, I don’t believe it will be granted.

The next player is also a sophomore. DeAndre Williams. He is a 6-foot-9 forward that is transferring from Evansville. Williams averaged 27.1 minutes, 15.2 points, 6.9 rebounds and 2.7 assists per game. These numbers put Williams as the fourth leading scorer on the team last year, third in rebounds  and third in assists. He moves up a spot in scoring and rebounding, if Wiseman is removed due to small sample size. Williams is a better distributor when the team is winning and is more of a shooter when the team is trailing. His three point shot isn’t the prettiest, but will get the job done when he takes it. Williams has the ability to create shots, but could be a real beast if he puts on some muscle. Defensively, he is similar to Nolley, but because of his position he is able to get away with it more. Adding more muscle weight, Williams could really become a scary inside player. This is another player seeking waiver, but doubt it is granted.

The final player is immediately eligible as a junior college transfer from USC Salkehatchie. Ahmad Rand is a 6-foot-9 junior center. He averaged 8.9 points, 9.0 rebounds and 0.6 assists per game. These are not numbers that jump off the page, but what he does bring is defense. Rand was the block leader in junior college, had a top 10 field goal percentage and was a top 50 rebounder. These are all areas that fit well with all of the all stars on this team.

Moussa Cisse announced this week that he will be attending Memphis. Living in the Memphis area, he was able to play basketball and be in FedEx forum hearing from the Tiger team and maybe even Ja Morant. Cisse’s legal guardian is division II coach William Anderson. This announcement should come as no surprise as Hardaway was looking for a replacement for his now NBA first round players. Cisse is ranked as the number 24 recruit in the 2020 class, he reclassified earlier in the year. He is a 5 star recruit. This seemed like an inevitable landing spot as Cisse played with Achiuwa at St. Benedicts. The 2019-2020 season, Cisse averaged 18.4 points, 15.3 rebounds and 9.2 blocks per game. He is another player that is a defensive asset. Cisse can get overly aggressive on his blocks, but is very talented with his 7 foot wingspan. Watching Cisse’s highlights, he definitely profiles as a center. While he can distribute and shoot the three, Cisse is an around the basket terror. He was the block leader for a reason besides towering over other players, he also has some bounce. From all the video I could find, Cisse does not do well going outside to guard players. He does fine against big men, but can see him getting worked physically down low until he adds some weight. He has great footwork on offense, but Hardaway will make him a better player defensively. If he can keep guys in front of him, that alone will make him a better player on the defensive end. He could also improve by adding jump shots and prevent him getting into foul trouble. Hardaway has put together quite a team that should again finish high in the AAC.