A New Look at the American: USF basketball 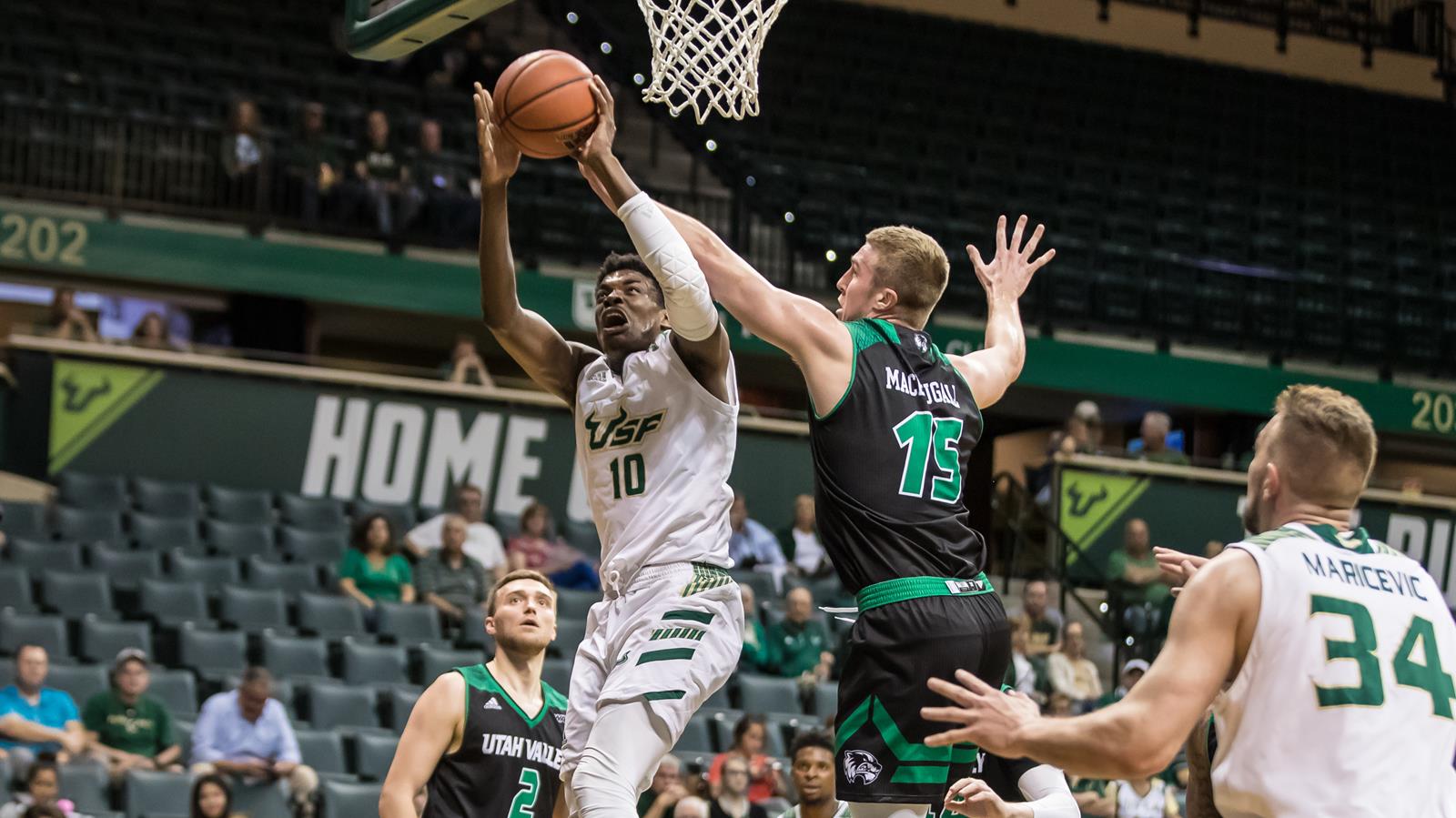 Last year, before the season started, the USF men’s basketball had an unexpected loss. Alexis Yetna was forced to take a medical redshirt due to a knee injury. The team coached by Brian Gregory is a defensive issue. The USF men’s basketball team ranked 20th in defensive scoring. This title meant that the USF basketball team kept 80% of opponents under their scoring average. The team had some impressive wins against UConn, SMU and Memphis in basketball. Ending this team’s year, the Bulls were able to edge out SMU in their final game of the season to win by 1. The team finished 14-17 on the season and 7-11 in conference play. This team is one that returns a lot of mature players that are likely to start. There are only a few changes so let’s check them out.

There are two players that are graduating from USF basketball, but only one of them was a majority starter and played a majority of minutes. Laquincy Rideau averaged 32.5 minutes, 12.6 points, 4.4 rebounds and 4.2 assists per game. The 6-foot-1 guard will be missed as a well balanced player. The other is a player that gave breathers to Michael Durr. That player is Antun Maricevic. He is a 6-foot-10 center that averaged 13.4 minutes, 4.1 points, 2.9 rebounds and 0.3 assists. While these players will be missed, it means that a majority of players returning and starting will not be freshmen or need to learn the system.

Only one player is testing the NBA waters in David Collins. The starting shooting guard lead the team in minutes and scoring. He averaged 32.6 minutes, 13.7 points, 4.0 rebounds and 1.8 assists per game. The 6-foot-3 guard was a definite leader on the floor. Collins ranked number 11 in points per game in the American Athletic Conference. While he is a talented player, I do not believe that this year is going to be a good one for players testing the NBA water. If they are seeking to go pro overseas, that is a whole different topic.

The first player is a 7-foot-0 sophomore center that is transferring from Texas Tech. Russel Tchewa averaged 5.1 minutes, 1.7 points, 0.9 rebounds and 0.2 assists per game. He showed some real skill while playing at Texas Tech, but was clearly looking for more playing time. Tchewa handled himself well against some top talent on the defensive end, disrupting passing lanes, and being a rim protector. He can use some improvement on his footwork on the offensive end of the floor and his range. While Tchewa has a nice mid range game, if he could add a 3 point shot, it would give him a nice bump up. The school is not seeking a waiver for him for the 2020-2021 basketball season.

The next player is a 6-foot-8 freshmen that is coming from Iowa State. He is immediately eligible. Luke Anderson is a former 3 star recruit, that transferred before the season started for Iowa State. In April 2018, he played 8 games for Team Knight an AAU team. In those 8 games, Anderson averaged 21.8 minutes, 8.5 points, 3.0 rebounds and 1.2 assists per game. Looking at his videos, he has a great three point shot. He is attentive around the rim, looking to put it back or rebound. Anderson has a nice turn around jumper that creates space and has the talent to create space. He also can distribute the ball, if there is a player open and looking for the ball. Anderson has a great offensive awareness and will allow someone else to run ahead for the shot. He is a shoot first player, but does distribute well and is strong enough to finish his shot. Anderson does struggle defensively, he seems to sit back and does not seem to be aggressive or a solid defender. He showed some flashes on defense, but his size allowed him to be a little lazy.

As of July 13, Prince Oduro has received his waiver from the NCAA to play this year. He is a 6-foot-8 junior forward that is transferring from Mississippi State. Oduro in 2019-2020 season averaged 4.0 minutes, 1.2 points, 0.9 rebounds and 0.0 assists per game. In his college career, he averages 16.9 minutes, 5.9 points, 3.4 rebounds and 0.5 assists per game. Oduro is a great inside out player, he won’t force the game. He goes against mismatches and uses his footwork to create space and shots. Oduro looks for his shot and if it isn’t there passes to an open player. On his third college team in as many years, he has developed and improved each year. Oduro is a solid defensive presence. It would be nice to see him expand his offensive game to include 3 pointers if he is hoping to go pro.

There is only one incoming freshmen this year for the USF basketball team in Caleb Murphy. He is a 6-foot-3 4 star guard. This is quite a get for USF as he will have some time to learn behind some mature guards. Murphy has a nice three ball, changes tempo and is great on fast breaks. He is quick and is a versatile shooter. Murphy is a good ball handler, can distribute and doesn’t force his shot. Watching the videos, I like how Murphy is looking for the ball on defense, he gets blocks and causes deflections. He definitely profiles more as a shooting guard. While he does force shots, I think that with Coach Brian Gregory has the ability to help him along. Coach Gregory was able to do a lot of good things considering the issues that arised last season. This year if everyone can stay healthy and if there is a season, I think this could be a team that sees play after the regular season. With the addition of Travis Wallace, the personal strength coach for Kyle Lowry and former strength and conditioning coach for VCU and Florida Gulf Coast, I think this team can become even stronger.