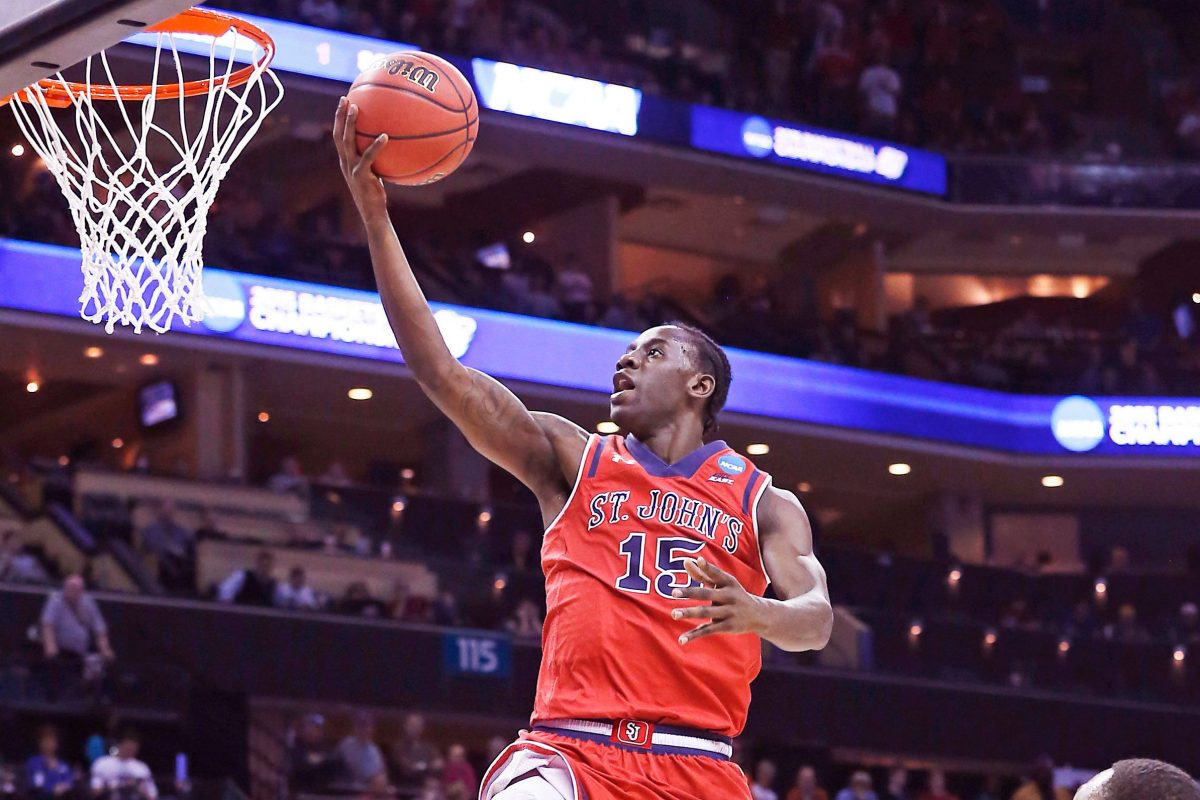 Sir’Dominic Pointer, the 6’6 guard from Detroit, Michigan has always been above the rest.

From being a top player in high school, in his conference, and now in the G-League, success follows Sir’Dominic Pointer wherever he goes. As a high school senior, ESPN listed him as the 25th best player in his recruiting class, ahead of future top draft picks in Otto Porter and Ben McLemore. He chose to play at St John’s University, saying that “we had a whole new group coming in” and having the chance to play in Madison Square Garden was also a deciding factor.

After a few decent seasons with the team in which he averaged around 6 points, 4.5 rebounds, but always averaging good steal totals. These numbers aren’t good enough to get drafted, and Pointer knew he had to take a leap if he wanted to fulfill his dream. In his senior season, he jumped up to 13.7 points per game, 7.7 rebounds, and nearly 2 steals per game.

When I asked him what he changed or improved to get to this level, he said “I started to believe in myself and the work I put in over the (past) summers). This clearly showed, as in this season he was awarded Big East defensive player of the year, most improved, and earned a spot on the All-Big East second team. After 4 prolific years at St John’s, it’s hard to pick a single best memory, but for Pointer, it was the game-winner he hit in the MIT or beating Syracuse in the carrier dome.

Following that one year stint in the G-League, Sir’Dominic Pointer took his talents overseas, playing in Israel, Lebanon, and Hungary. Different countries have different cultures that are sometimes hard to adjust to and when asked how he managed that culture change he described it as going to college again. “It’s just like going away for school without the schooling”. He said the weather was easy to adjust to because it was similar to the USA but the food and language was the hardest.

The past few seasons, Sir’Dominic Pointer has found his way back into the G-League with the Canton Charge for his second stint. He certainly took his own advice and slowly continued to climb the ranks and improve. This season, he did what he does best, take the next step, making the all-defensive team in the G-League, making him an all-defensive player in college and the G-League, something not many people have done.

I asked him about his defense and to address the critics who say that players don’t play defense anymore due to the higher point totals. He responded by saying, “It’s a different game now. We have to adjust to the rules. You can’t knock people’s heads off and you have to have skills and move your feet”. His defense and overall play were actually enough to earn a 10-day contract with the Cleveland Cavaliers, but unfortunately, he didn’t have a chance to play with the team due to the shutdown of the NBA.

I asked him as someone who played in college for four years about two hot topics, march madness being cancelled and top rated recruits choosing G-League instead of college basketball. As someone who played in the tournament and as a top 25 recruit would have had the chance to take this option, he was the perfect person to ask. On the topic of the cancelled March Madness, he said that is was “crazy” and that players work so hard for it all year. He especially felt bad for the seniors, who won’t get the chance to play in a tournament again.

Sir’Dominic Pointer is all for players going to the G-League but only “if you have the right people in your corner to keep you focused.” As for if he would have chosen the G-League Pointer said he wouldn’t.

As next season approaches, many questions arise. Due to the virus, it is uncertain whether basketball will resume and because of that reason Pointer’s plans are uncertain. He will however focus on being more consistent on everything as a continues to work to earn that spot on an NBA roster.