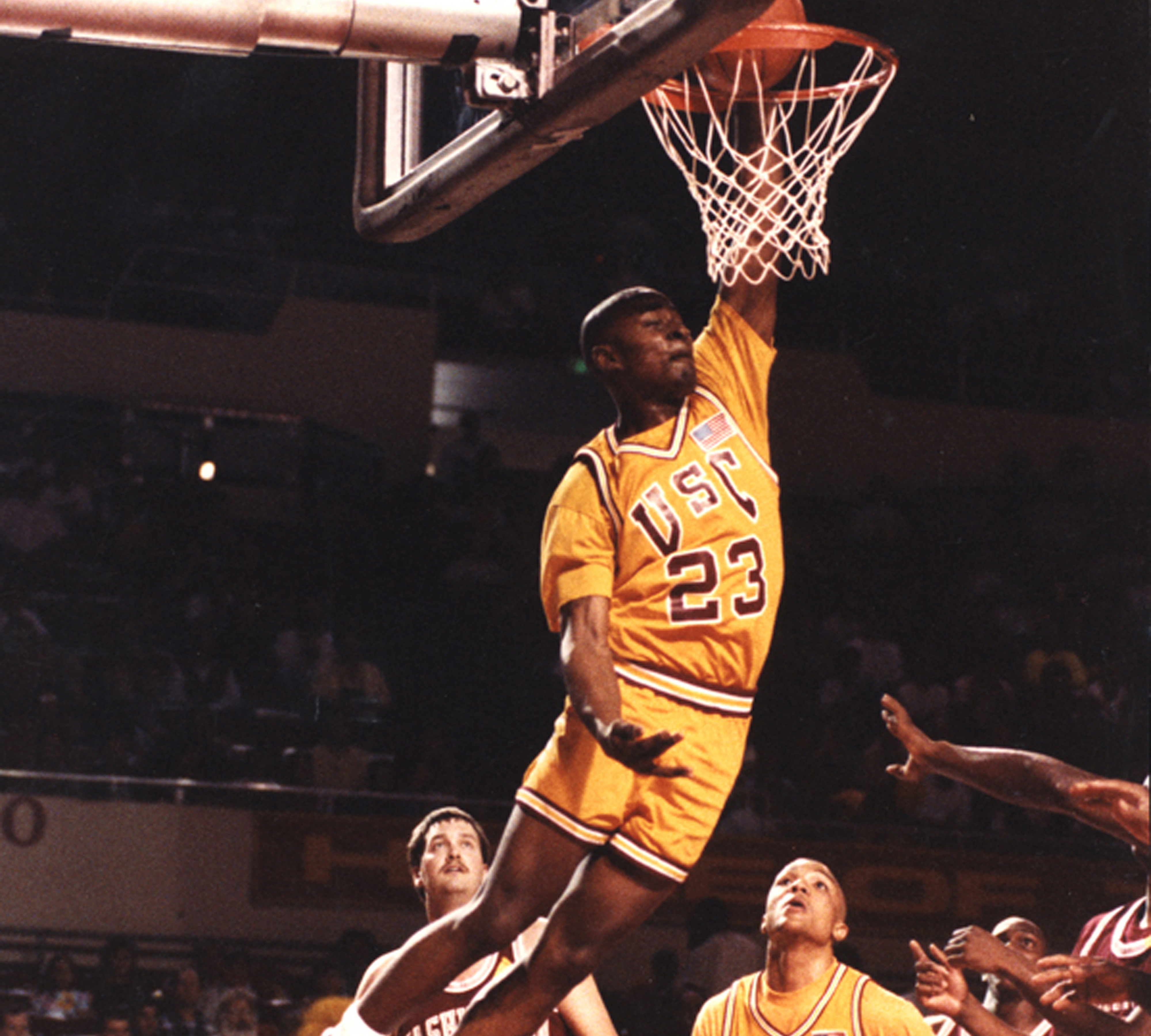 The USC basketball team has won 14 league championships and won one conference championship. USC has appeared in 16 NCAA tournaments and two Final Four appearances. Now it is time to name their all-time starting five; it will be a small team.

Sam Clancy led the USC Trojans to an Elite Eight finish as a junior; it is the farthest USC has ever been in a tournament. In that same season, Clancy led USC in scoring 17.3 points and 7.4 rebounds per game. As a senior, Clancy won Pac-10 Player of the year, averaging 19.q points and 9.4 rebounds per game. Clancy finished his USC career as the Trojans all-time leader in blocks, second in rebounds, and third in points. Clancy was 6’7, but he was big and strong and was able to bully his way in the post. He also could face up and take you off the dribble. In 2016 Clancy was inducted into the Pac-12 Basketball Hall of Honor.

In his time with the USC basketball program, John Rudometkin averaged 18.8 points and 105 rebounds per game. In 1961 Trojans to a conference title, and as a senior, was named a second-team All-American. In all of Rudometkin’s season at USC, he led the Trojans in scoring and was named team MVP. He was also a two-time first-team All-AAWU Conference.

Harold Miner was an outstanding player while he was with the Trojans as freshman Miner averaged 20 points per game and was Pac-10 Freshman of the Year. In 1992 Miner came into his own when he scored 26.2 points per game and made the first-team All-American. Also, in 92, Miner won Pac-10 Player of the Year, and he earned his third All Pac-10 first-team. Mine finished his college career averaging 23.5 points per game on 45% shooting from the field.

As a senior, Gus Willams averaged 21.2 points, 4.6 rebounds, and 5.4 assists per game and made first-team All-Pac-8. In three years at USC, Williams averaged 16.1 points per game and had his number 10 retired by USC basketball. Willaims had a pretty good handle with the basketball and could make plays for himself and his teammates.