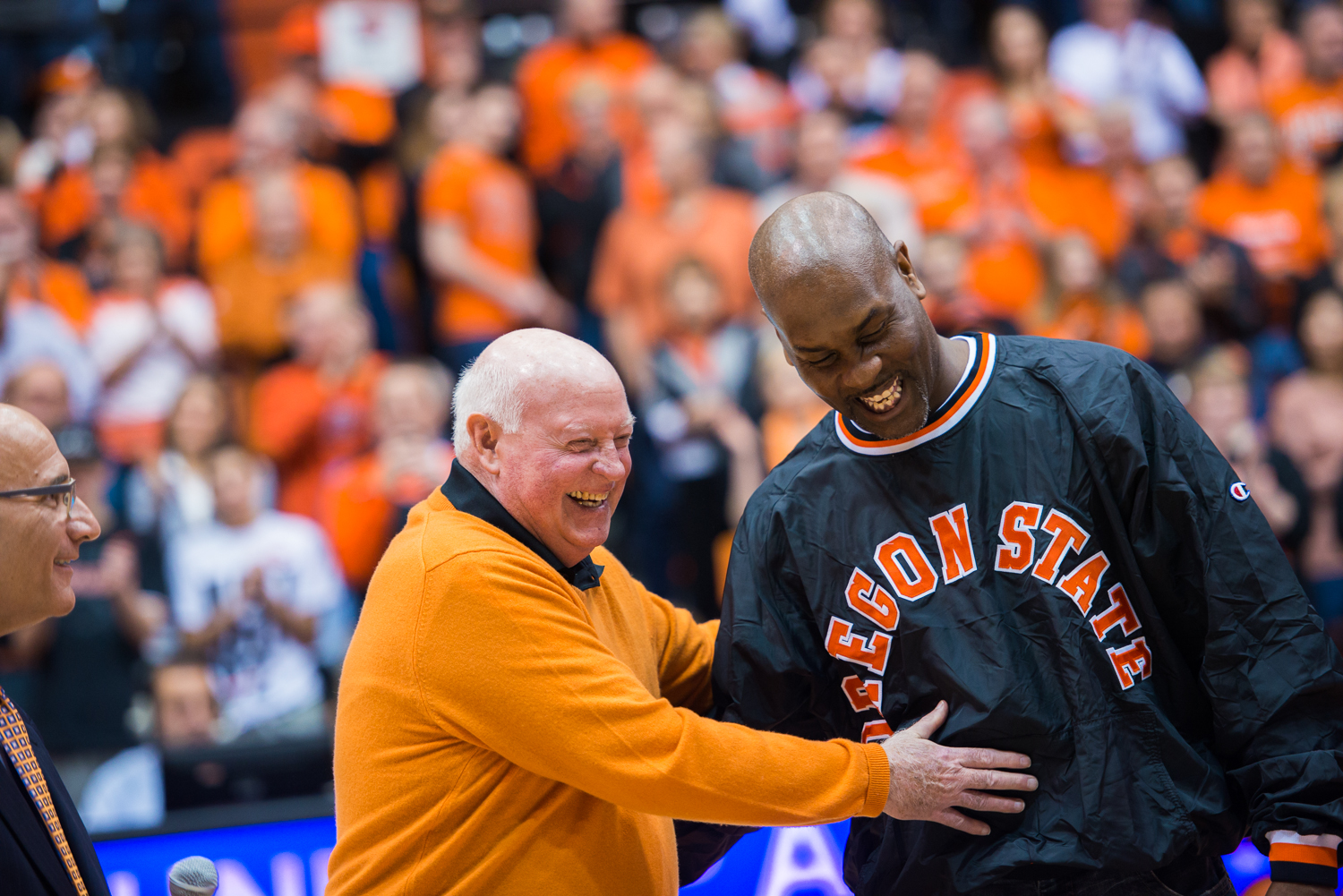 Oregon State basketball has played in 16 NCAA Tournaments and advanced to the Final Four twice in 1949 and 1963. The last tournament game the Beavers played in was 2016 when they lost to Virginia Commonwealth.

Mel Counts is Oregon State’s all-time leading rebounder with 1,375 and had 15 games of 20 rebounds or more. In the 1963-64 season, Counts averaged 26.7 points per game and made the All-American Team. In three years at Oregon State, Counts scored 22.2 points and 15.4 rebounds per game. Counts number was retired by the Beavers as well; he was a monster in his to with Oregon State.

Another outstanding player for Oregon State was Steve Johnson; he played for the Beavers during the Orange Express years. Johnson won the Pac-10 Player of the Year in 1981 and was first-team All-American. In the 1981 season, Johnson scored 21.0 points on 74% shooting from the field. He shot over 70% twice in his career as a Beaver. Johnson made the Pac-10 first team three times and had his number retired as well.

A.C. Green played great basketball for Oregon State; he was Pac-10 Player of the Year in 1984 when he averaged 19.1 points and 9.2. In four years, Green shit 60% from the field and 65% as a junior. Green is a member of the Pac-12 Hall of Honor and has his number retired by the school as well. Green was a fantastic player at Oregon State; his scoring and rebounding were much needed.

Gary Payton II led Oregon State basketball to their first NCAA Tournament in 26 years as a senior. Also, as a senior, Payton led the Beavers in scoring, rebounds, and assists. Payton is a two-time Pac-12 Defensive Player of the Year and two-time first-team All-Pac-12. In his time at Oregon State, Payton averaged 14.7 points, 7,7 rebounds, 4.1 assists, and 2.8 steals per game. The former Oregon State guard was the second player in school history to record a triple-double. Payton was a great all-around player he could score, rebound and lock you up on the defensive end, much like his father.

Now to the “Glove,” Gary Payton was an All-American in 1990 and Pac-10 Player of the Year. He also won Pac-10 Defensive Player of the Year in 1986-87 season. Payton holds school records in points, field goals, assists, and steals. Payton scored 25.7 points, 4.7 rebounds, 8.1 assists, and 3.4 steals per game as a senior. The Glove was a monster on both ends of the court; he could score and get his teammates involved. We all know what Payton could do on the defensive end of the floor.