Former Baylor basketball star, King McClure is a Christian on the court 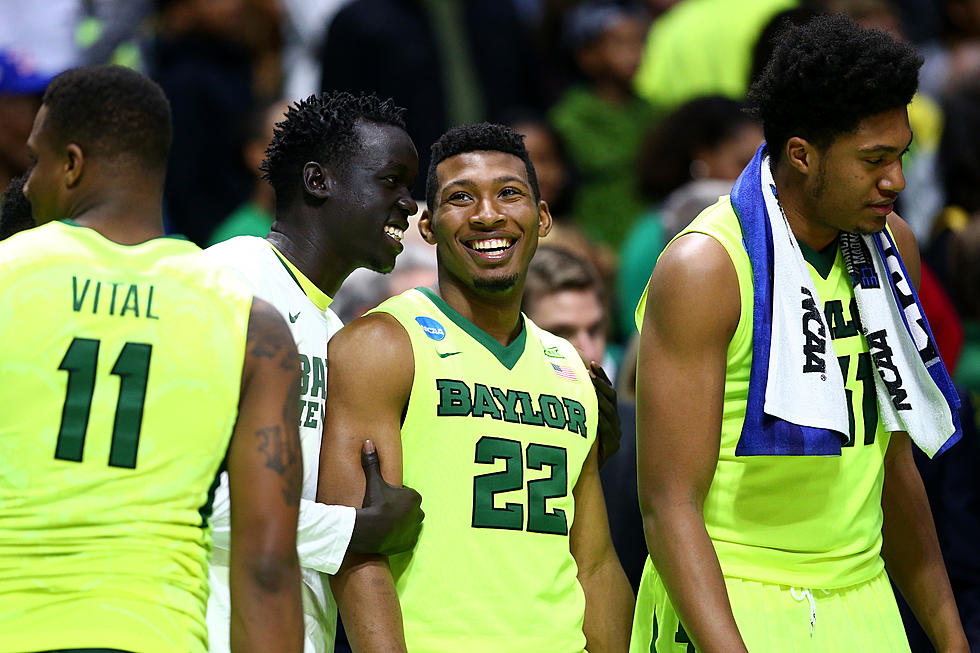 It’s evident that King McClure lets his faith in God be seen by anyone he encounters. The former Baylor basketball guard and current ESPN analyst speaks about his Christian lifestyle as a collegiate athlete.

It’s not easy to be a be a college basketball player, putting in endless hours to perfect your craft.

It’s not easy to find out you have a life altering heart condition, beating the odds to still compete collegiately.

It’s not easy to be a Christian, and stand up for Jesus despite what the majority of the world says.

Let me introduce you to King McClure.

A 6-foot-3 guard from Dallas, Texas, McClure was a highly recruited four-star prospect out of high-school, earning the 69th overall spot in the final 247sports class of 2015 rankings. He ended up choosing the Baylor Bears over the likes of Kansas, Notre Dame, Texas, and many other power six conference schools.

McClure chose the Bears because of its proximity to his hometown, and the trust he had in their coaching staff. “I built a relationship with all the assistants, Coach Drew; they started recruiting me in the 8th grade. Ever since then I fell in love with the campus,” said McClure who continued, “They really showed that they cared about me. I thought that was different.”

McClure looked to be an instant impact player for the Bears, standing out as the top rated recruit in their incoming class of 2015. He would also join a team that had just earned a three seed in the NCAA Tournament the year prior, albeit being bounced by R.J. Hunter and 14-seeded Georgia State in the round of 64.

And then the unexpected happened.

In the spring of 2015, McClure was diagnosed with a heart condition known as hypertrophic cardiomyopathy, or ‘HCM’, which affects the muscle of the heart. While this wasn’t a life-ending diagnoses, it did raise the question of McClure being able to play basketball ever again.

However, after second opinions and a lot of praying, McClure was told his specific condition was mild, and he soon underwent a successful heart surgery in early October. A few weeks later, he would be able to fully dress and compete for Baylor basketball once and for all.

While at Baylor, McClure never stopped working, raising his averages in points per game, rebounds per game, and assists per game, each and every year, while also totaling career highs in blocks per game and steals per game during his senior season in 2019. McClure attributes that growth to his college coaches, saying:

Coach (John) Jakus, the Assistant Coach they got from Gonzaga did a good job of working with me individually. Coach (Jerome) Tang did a great job of staying on me, riding me, never letting me think I was too good or anything, and he would always coach me hard. He coached me harder the better I got. Coach (Alvin) Brooks did a good job breaking down film and just being that person that you can voice your opinions too, and he can help you get through them. Coach (Bill) Peterson did a great job watching film, breaking down film with me, and really helping me establish my identity, because last year I was a really good defender, and he was the reason I became that. Coach Drew did a good job believing in me and established the best coaching staff possible, that they all know their roles and know what they’re good at.

Together, these coaches all played a part in McClure’s improvement, which is really all you can ask for. McClure averaged 9.0 points per game, 5.3 rebounds, 2.1 assists, and 1.1 steals, while playing in significant minutes, starting in all but three of the 29 games he appeared in.

But as a Christian, it hasn’t been all that easy.

“I fell susceptible to a lot of things in college,” McClure said, “I’ve given in (to a lot of temptations), but the thing about it is you always gotta know where you come from. You always have to be able to rely back on your faith.”

McClure was able to keep strong in his faith while attending Baylor. He told me about the coaching staff leading devotionals and prayers before every single practice and game. The men’s basketball team even had a Chaplain who held weekly church services for the team on game day, even for road games.

Although Baylor is a Baptist Christian University, most colleges in America have turned away from religious affiliations, adopting secular values. In fact, according to The Christian Post, in 2009, a Christian fellowship group that had ties with Wright State for multiple decades, was banned for faith-based policies.

This isn’t to say it’s always like this either. Many campuses promote their Christian values. Nine of the eleven Big East members are direct affiliates with the Catholic church.

For McClure, Baylor’s Christian standards helped him thrive, saying how gracious he was that the Baylor basketball program offered these things. McClure said, “Having people like that to look up to and then be able to talk to really helped me… I definitely think that being at Baylor helped me grow stronger in my faith and stay rooted.”

Now, as a college basketball analyst at ESPN, McClure is in a great position to showcase his faith and Christian values. Of course, Tim Tebow is often the first name that comes to mind in that department, but given McClure’s eagerness to talk about his faith in God, he may be heading down the same alley as the next great Christian ESPN broadcaster.

Although it wasn’t his first choice – McClure wanted to continue playing professionally. However, traveling internationally would have been tough as he is a father, and even though he played four years collegiately with his heart condition, it was still a factor to think about. Nonetheless, he says, “I love doing what I’m doing now. I love being able to still be around the game, still talk the game, still give my thoughts and critique and analyze. I love watching film and breaking stuff down.”

So by now, what have you learned about King McClure?

Does he have a lot of talent on a basketball court? Yes, Baylor basketball got to see this for four years.

Can he analyze and talk about the game as a broadcaster? Yes and at the highest level at ESPN.

Can he overcome seemingly major problems and still make the most of them? He has and he will continue to do just that.

But how can he do all that, and still not complain that it didn’t work out how it should of, perhaps fall off track and lose focus, or even just give up because life is too hard?

I’ll let him answer that for you. In the words of King McClure: “Hello, I’m King McClure, the Christian father who also happens to be an ESPN analyst.”

God first. There’s your answer. In a world where life just isn’t fair – trust me, we all feel that now – King McClure’s trust in God allows him to look past all of the negativity in the world.

Baylor basketball is lucky to have an alumnus like King McClure.