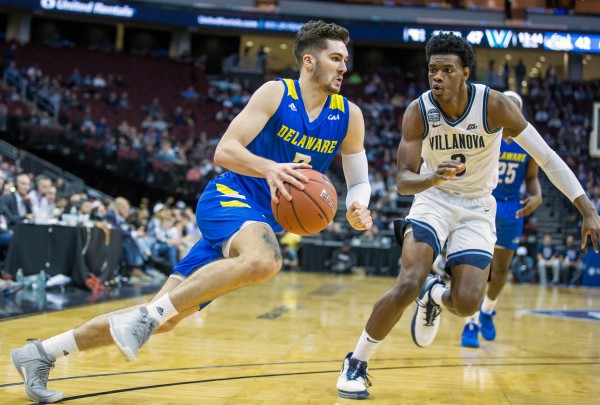 For Stony Brook, it all starts with Elijah Olaniyi and Makale Foreman.  The two guards combined for over 33 points per game last season, and both can hit consistently from deep.  Furthermore, Olaniyi is a tremendous rebounder, averaging over six per game at his guard position

Last season, Stony Brook faired well, finishing second in the conference at 20-13.  They also put up good showings against Providence, Seton Hall, and Virginia, losing to the Friars by just four points, and competing with the later two well into the second half.

However, even bigger for the Seawolves is the fact that Vermont will no longer have Anthony Lamb.  Lamb, who has been one of the best mid-major players in the country for the past two seasons, should get looks for the NBA, which shows how much his graduation really opens up the conference.

Stony Brook also picked up two grad transfers in Omar Habwe, who averaged a solid 6.3 points per game and 3.3 rebounds at Mount Saint Mary’s last season and Jaden Sayles, a 6-foot-9-inch forward from Akron.  The additions of Habwe and Sayles should provide an extra boost on a team that already returns over 50 points per game from a season to go.  Expect the Seawolves do represent the America East in the 2021 NCAA Tournament.

Winthrop was already one of the top mid-major teams last season, finishing at 24-10 and in first place during the Big South regular season.  That also included a win over then No. 18 Saint Mary’s, and decent showings against Duke and TCU.  They once won 14 straight games and finished the season by rattling off five in a row.

In other words, they are a dangerous team and have the potential to be even better next season.

They do lose leading scorer Hunter Hale, as well as Josh Ferguson, who averaged over 11.4 points per game and 6.6 rebounds last season.  However, they barring any late transfer decisions, they return every other player from a season ago, which will account for about 60 points per game of production.  That alone stands out as an experienced group that has already had loads of success.

The biggest question mark left is who will step up for the Eagles.  There are lots of options, but with no incoming players, Winthrop will need to find someone to replace their third-leading scoring and leading rebounder from a year ago.  However, for a team that returns so much, that shouldn’t be too hard of a problem.

Yale won the Ivy League outright last season, and would’ve represented it in the NCAA Tournament had it not gotten canceled.  They’ll look to do the same in 2021.

Their main claim to fame is Paul Atkinson.  A 6-foot-10-inch forward, Atkinson has the strength to finish down low and the touch to connect from deep.  He averaged an incredible 17.6 points per game and 7.3 rebounds.  He is currently testing the NBA Draft waters, but looks to be one of the top seniors in college basketball if he does return for next season.

This Yale team is far from a one man show.  Although Atkinson was a big reason for their 23-win season a year ago, they do return Azar Swain, a 16 point per game scoring guard who can rebound well for his 6-foot stature.  The Bulldogs also bring back countless of role players, on a team that will return over 75% of its scoring from 2019-20.

The Ivy League champs will also showcase two three-star recruits, which will only add to an already deep roster looking to become the latest ‘Cinderella’ from the smartest conference in America.  Watch out for the Elis.

AJ Green is THE best mid-major player in college basketball.

A 6-foot-4-inch guard, Green has tremendous range, shooting nearly 40% from beyond the arc a season ago.  However, he’s also great all around scorer, posting averages of 15.0 points per game his freshman campaign, and upping it to 19.7 ppg last year.  Green also gets his teammates involved, dishing out 3.0 assists per contest last season, with a season-high of nine dimes against UT-Martin.

However, like Atkinson and Yale, this isn’t a one man show.  The Panthers are a very good all-around basketball team.  They return about 50 points per game from last season.  Although this isn’t as much as the other teams listed before, it does include Trae Berhow and Austin Phyfe, their second and third leading scorers.

To mend for the loses of Isaiah Brown and Spencer Haldeman, the Panthers were able to bring in a grad transfer from George Mason in Goanar Mar.  Mar, a lengthy forward, averaged a quiet 2.4 points per game and 2.1 rebounds per game last season.  However, he had quite a freshman campaign, scoring 10.9 ppg for the Patriots.

If Mar can be half the player he was during his freshman season at George Mason, he could replace some of the scoring the Panthers lost last season.  However, even without Mar, UNI still boasts a very talented returning group, and will have the best player on the court for most, if not all of their games next season.

The Colonial Athletic Association normally doesn’t get much thought, but in 2020-21 that is all going to change.

The Delaware Blue Hens flew out of nowhere last season.  After a 17-16 campaign in 2018-19 that ended in some of their better players graduating or transferring, they somehow posted a very impressive 22-11 record last season.  This included a near win over then No. 20 Villanova, as the Blue Hens trailed by only two possessions for a good chunk of the second half.

The catalyst of the offense, Nate Darling, averaged 21.0 points per game on a team that scored over 74 per contest last season.  Incredibly, they will currently return every single player (barring any late transfer or NBA Draft decisions).  This makes them one of, if not the most experienced team in the country for 2020-21.

If the Blue Hens can ride that experience next season, they will be one of the toughest teams to beat in the CAA, and frankly all of college basketball.