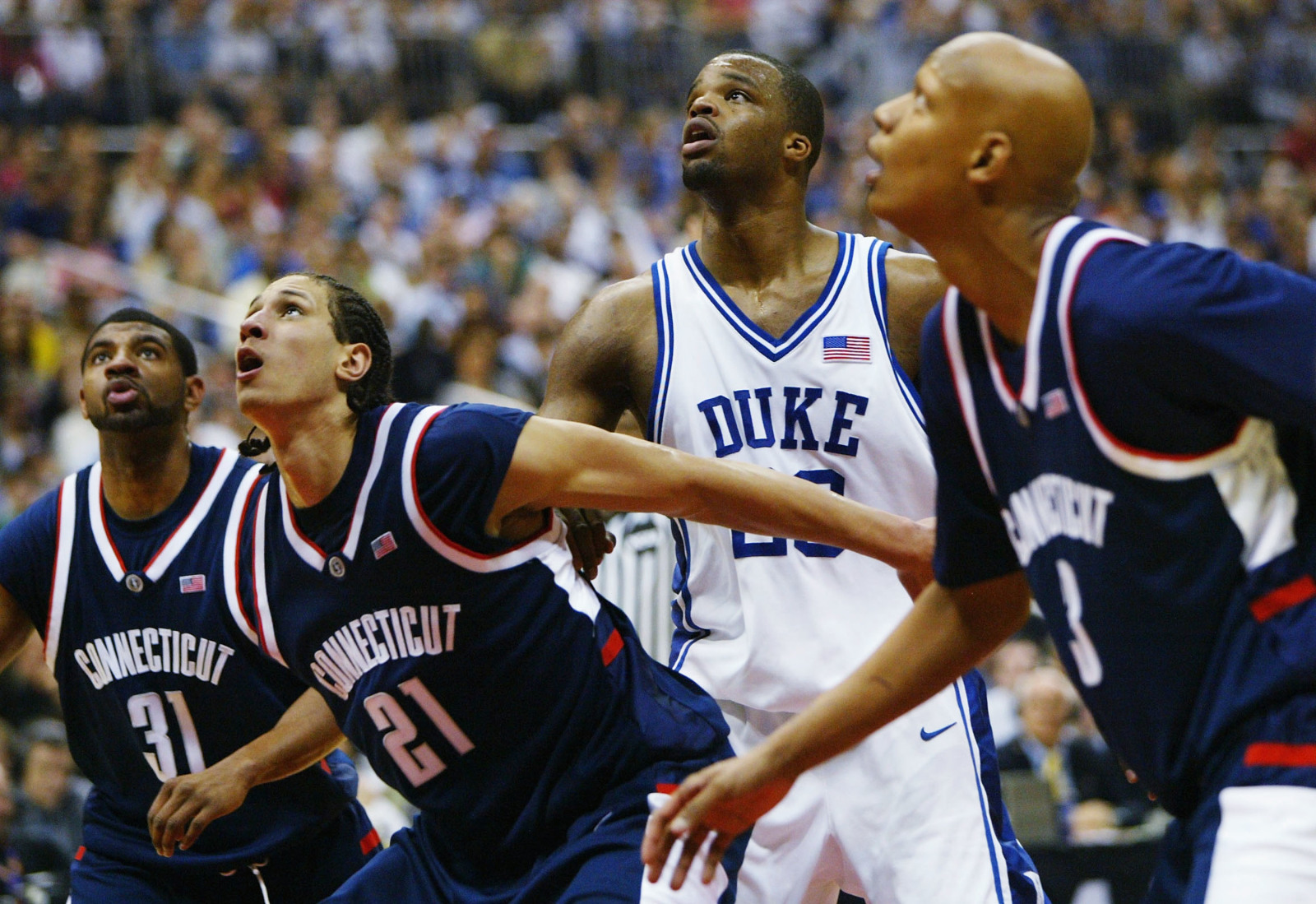 In three years at UConn, Josh Boone made his impact felt.  We caught up with the former star who helped bring the Huskies a National Championship.

“I’m excited to see where this goes in terms of UConn finally getting back to the Big East,” Boone said.

After our nearly 20-minute phone call interview, I asked what any journalist is supposed to ask: “Is there anything else you’d like to add?”

Boone replied with what any UConn fan, coach, current or former player would.  The seven year stint in the American Athletic Conference just didn’t sit well with the Huskies. The Huskies made their mark on the Big East Conference as much as anyone.  Accounting for seven conference tournament championships and three national titles, the Huskies were an elite national program.

Their time in the AAC was a mix of ups and downs.  A 2014 National Championship surely speaks for itself, but before Head Coach (HC) Danny Hurley led his Huskies to a 19-12 final record this past season, there was a growing angst amongst the Husky fanbase.  Former HC Kevin Ollie had practically driven the program to a halt, resulting in three consecutive losing seasons.  Hurley turned that around this season, and seems to have a nice firm grip on leading the program back to national relevance.

In 2004, this was far from the case.  The Huskies had just come off a 23-10 record, with the season ending in the Sweet 16 to eventual Final Four team and number one seed Texas.  That team was built on a young core of sophomores Emeka Okafor and Ben Gordon, with an even younger supporting cast, consisting of four freshman.  The lone senior, Tony Robertson, was a decent loss – but nothing too hard to replace, and Taliek Brown, a junior, was a role player at best, but could definitly be counted on to help lead during his season season.

In come the 2004 recruiting class.  Headlined by Charlie Villanueva, Josh Boone, and Marcus Williams, Calhoun was able to bring in three hard working players who were able to make their impact felt immediately.  By this point, Okafor and Gordon were two of the top players in the country – confirmed by the two stars going second and third respectively in the ensuing NBA Draft.  As Boone puts it, it was Okafor who was actually one of the biggest reasons for his decision to play at UConn.

“Ultimately I chose UConn, because ‘A’, I thought it would probably be my best chance to go to the NBA.  They were known for producing very good big men and wings that go on to the NBA,” said Boone.

However, it was the fact that Emeka Okafor was in blue and white that solidified his decision.

Boone’s praise for Okafor continued, saying how Emeka’s ability to lead by example, such as always being the first to practice, was what stood out above the rest.  “The fact that he was there an hour and a half early really says a lot,” Boone explained, “I remember this one day that he chose to shoot every shot with his left hand.  It was things like that, that kind of stuck out to me.”

Okafor’s willingness to improve had an immediate impact on Boone, who saw important playing time as a freshman under Calhoun.  Boone, who averaged 22 minutes of playing time during the 2003-04 season, started all but one of the 38 games he played in.  Primarily known as a defender, Boone averaged 5.9 points per game (ppg) and 5.8 rebounds per game (rpg) to go along with 1.7 blocks per game (bpg), according to basketball-reference.com.  His rebounding and blocks per game totals both finished second for the Huskies that season.

With all that talent, the Huskies were picked first in the pre-season poll.  However, after a neutral court loss at Madison Square Garden by 16 points to Georgia Tech, the Huskies got a well-deserved wake up call.  As Boone puts it:

I think the best thing that could’ve happened to us was losing to Georgia Tech (at MSG).  That was a real wake up call.  Going into it, we were certainly very high on ourselves.  I think that game kind of taught us talent alone is just not gonna win this thing.  We’re going to have to become a very good basketball team.

The very next game, the Huskies destroyed an eventual NCAA Tournament team in Utah, 76-44, which started an eleven game win streak.  They didn’t look back from there, only losing five more games, and winning the Big East Tournament, and a month later, finding themselves in the National Championship against none other than the Georgia Tech Yellow Jackets.  Of course, Connecticut won battle number two, 82-73, crowning them champions of the college basketball world for the second time in six years.

But for Boone, it was the Final Four game against Duke that stands out almost just as much. ” Growing up as a kid, I only looked at two schools as where I wanted to go,” Boone said, “The two schools I thought of were UConn and North Carolina. And both of those teams just happen to hate Duke. Because of that, I didn’t really like them growing up either.”  Being able to take down his ultimate enemy in the Final Four was the cherry on top.

Boone stayed two more years with the Huskies, which included a 2005 Big East Defensive Player of the Year Award during his best statistical campaign, in which he nearly averaged a double-double with 12.4 ppg and 8.4 rpg.  On his decision to leave after his junior season, Boone admitted:

Boone also admitted the thought of another National Championship was also in the back of his mind.  The Huskies were once again picked near the top of the AP Poll to start out the 2006 season and never dropped lower than fourth for the entire length of the season.  However, an overtime loss to that year’s ‘Cinderella’, George Mason, ended the Huskies season, a game in which Boone says he could go on and on about.

Boone was eventually drafted 23rd overall in the 2006 NBA Draft – the fourth Husky selected – right behind and with his UConn teammate, Marcus Williams, to the New Jersey Nets.  Boone recalled on how being drafted with Williams, and to a team with another UConn alumnus, Cliff Robinson, really helped ease his transition to the NBA.

Boone stayed four seasons with the Nets, playing in well over 250 games with a career average of 5.2 ppg and 4.9 rpg, according to basketball-reference.com.

Since then, Boone has enjoyed success overseas, playing in countries like Australia, China, Russia, and Hong Kong.

Most recently, Boone had signed a contract to play in the UAE National Basketball League, before it had it’s season suspended, and shorty thereafter canceled, due to Covid-19.  After just barely making a flight home before airports shut down travel back to the US, Boone says he is waiting it out, weighing all his options about potential leagues to play in once the coronavirus situation is over.

Boone said, “I’d like to be back in Australia.  If I can’t go back to Australia then maybe I see about going back to the UAE or somewhere else, maybe in Asia.  And I’d probably prefer Asia to Europe at this point. But I’m kinda open to everything.”

Regardless of where he does choose as his next stop, Boone will also be remembered as a gritty player who helped lead UConn to a National Championship during the midst of their Big East run.  And if there’s anything I learned from Boone, it’s that UConn and the Big East will always be closest to his heart.

“It’s been weird not having them there.  I feel like the Big East hasn’t really been the big East for a while,” Boone said.

On July 1, 2020, UConn will officially be a member of the Big East once again.