The Potential for SLU Next Year 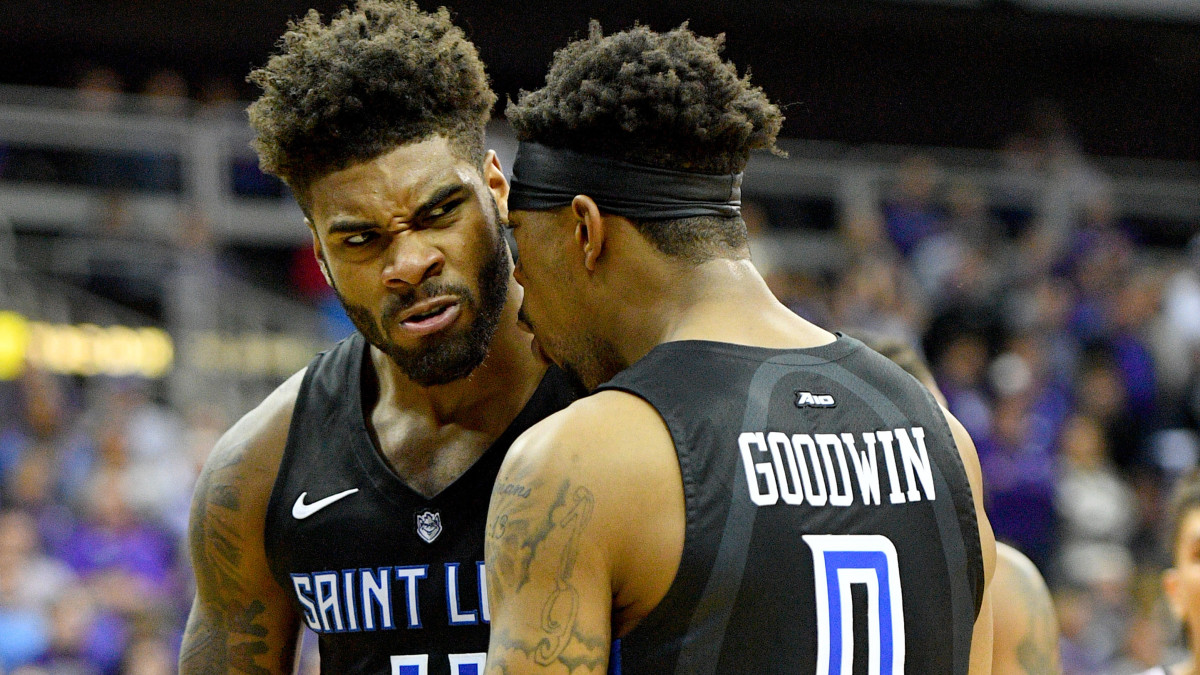 The Billikens of Saint Louis could be a scary team next year if they catch fire and limit injuries.

The squad, is set to have everyone return except 5’10 Tay Weaver who averaged 4.5 points per game. Practically over 90% of the whole team’s production will be returning along with a couple of players who were hurt last season due to various injuries.

First of all the studs of the program, Hasahn French and Jordan Goodwin both announced on March 31 that they will be testing the NBA Draft process, however remain eligible to return. It is very likely that they will return, however.

Both averaged double-doubles, with Jordan Goodwin only being 6’3. He is a tenacious rebounder and loves to slice to the rim by putting his head down. This past season he contributed 15.5 points per game, 3 assists per game, and stifling defense. Then you have the man himself, Hasahn French. Built like a tight end, he is truly a beast. Last year he put up roughly 12 points a game while grabbing 10 rebounds and adding over 2.5 blocks per contest.

Yuri Collins, Jimmy Bell Jr, Terrence Hargrove Jr, and Gibson Jimerson are the next faces of the program. The starting point guard Collins, became a household name in the A-10 because of his dime dropping abilities. Bell Jr, weighing in at 270 pounds as a Freshman, is going to morph into a very intimidating opponent with a strong post-up game. Hargrove Jr, showed his phenomenal athleticism with vicious dunks down the stretch of the season. And then Jimerson, didn’t play in the majority of the games because of a broken foot, but a dead-eye shooter will stretch the floor. He feels like a Klay Thompson, ready to show off his potential next year.

In addition, the grad transfer Javonte Perkins became the go to man for the Billikens last season. He did need most season to find his grove, but once he did, man it was almost unstoppable. When the shot clock was ticking down, in a one possession game, you would want to have Perkins with the ball in his hands. He tallied 15 points per game, with most of those points coming at clutch moments. He is a “gamer.”

SLU is on the border of cracking very early top 25 rankings, and over time if they gel and play together well as a team, they should make their way well into the rankings.