An early look into 2021 CBB Futures 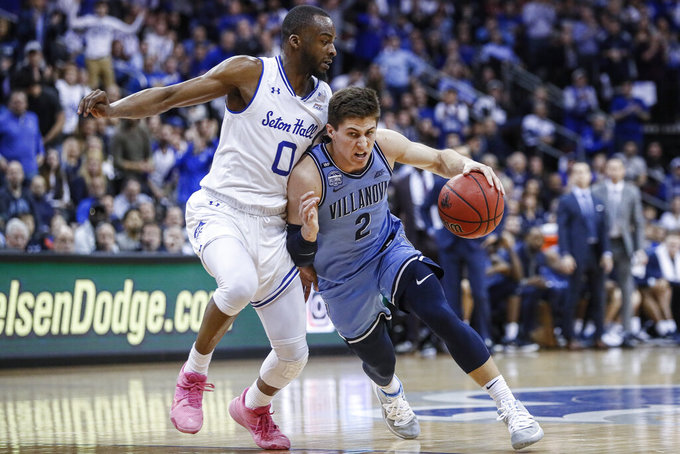 March 26th, 2020: The only buzz surrounding the college basketball world revolves around transfer news, draft declarations and future wagers. If that’s all we have, so be it. Let’s dive into three teams with valuable future odds to win next year’s National Championship.

(all odds listed courtesy of Bovada)

A team I thought had potential to make a deep NCAA tournament run this season as a projected top-four seed will do damage in 2020-21.

The Wildcats return much of what was the most inexperienced team in the Big East last season according to KenPom (328th nationally). Sophomore Saddiq Bey‘s likely departure for the NBA thursts junior wings Cole Swider or Brandon Slater into next season’s starting five. Swider’s insertion to the five fills the void left by Bey a bit better than Slater. Swider has a very fluid jump shot (evident in his 38 made threes in 2019-20) and his perimeter defense should improve with another offseason of work.

Factor in the second year jump for sophomore’s—  Justin Moore (29.9 MPG, 11.3 PPG), Jeremiah Robinson-Earl (32.7 MPG 10.5 PPG), and Bryan Antoine (5.4 MPG, 1.1 PPG) —  this team can beat you in a multitude of ways with a multitude of personnel groupings on the floor. They lack a pure back to the basket big as Robinson-Earl plays like a stretch five and Cosby-Roundtree is a bit undersized coming off the bench. Wright didn’t need a natural five to win the Natty in 2018 though, and more times than not Villanova math prevails.

Look for this current number (+1800) to drop prior to the season’s tip. If Bey does announce he’s returning for his junior campaign, the Wildcats will be the odds on favorites.

Chris Holtmann’s Buckeyes should be the early season favorite to win the Big 10 and a deep run in next year’s NCAA Tournament could easily become a reality. With Andre Wesson the lone senior logging significant minutes in 2019-20, as long as Kaleb Wesson returns for his senior season the Buckeyes will maintain the majority of their rotation. Freshman guard and former top 100 recruit DJ Carton was a contributor off the bench last season but left the team in late January due to mental health complications and has since announced his intention to transfer. Fellow freshman Alonzo Gaffney also announced he would be leaving the program with the intent to pursue professional opportunities.

The Mountaineer’s home/road dichotomy in 2019-20 was head-scratching and the only factor giving me a bit of hesitation going into 2020-21. They suffered 8 of their 10 losses on the road, and at times getting to sixty points in a night seemed like a tall task. Their top five rated defensive efficiency and the plethora of talent Huggins has at his disposal does dispel some concern regarding their home/road splits. Look for sophomore Miles McBride’s play to elevate even more with an increased ability to be a go-to type of guard.

All statistics derived from kenpom.com