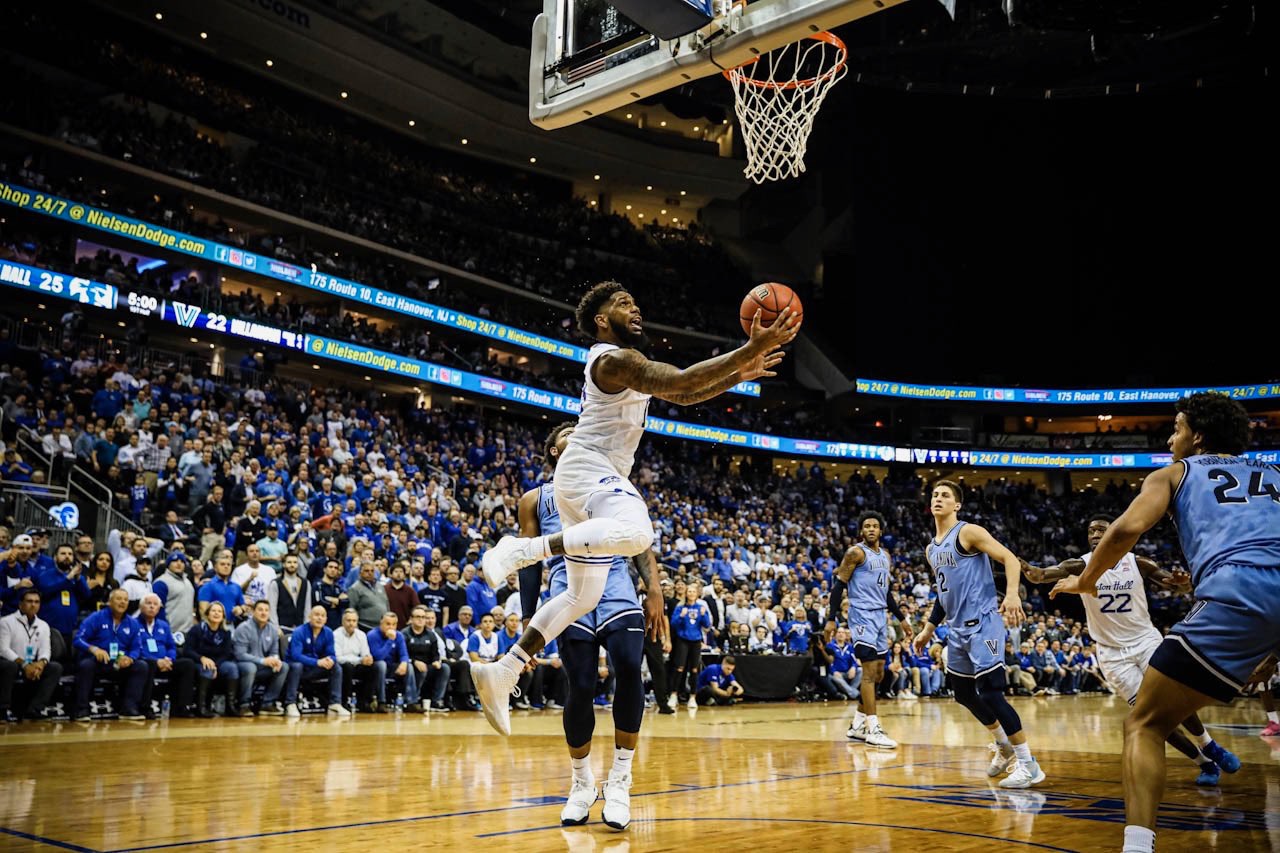 On Wednesday night, Villanova traveled to Newark to take on Seton Hall in a top-15 matchup.

For Seton Hall, it was their senior night. This meant that it was the final home game for Myles Powell, Quincy McKnight, Asiah Avent, Sandro Mamukelashvili, and Romaro Gill.

Throughout the first half, it was a very tight battle. Both teams started the game on fire and cooled down as the half went on. The Wildcats were able to keep Myles Powell quiet for the most part. The senior guard scored seven points in the first half.

Sandro Mamukelashvili picked up his second foul with 3:39 left causing him to sit for the rest of the half.

The Wildcats went into halftime with a 33-30 lead. For Seton Hall, the senior’s scored 26 of the 30 points in the first half. The Pirates were led in scoring by Quincy McKnight who scored 10 points. The Wildcats were led by Collin Gillespie and Justin Moore who scored eight points each.

The Wildcats got off to a hot start to begin the second half. They stretched their lead to 45-34 forcing Kevin Willard to call a timeout.

Villanova controlled the game for the majority of the second half. But Seton Hall was able to get back into the game late.

After the Wildcats missed multiple free throws down the stretch, the Pirates were able to get a game winning three point shot off at the buzzer. The Wildcats won the game by a score of 79-77.

A key that helped Villanova win the game was shutting down Myles Powell and Romaro Gill. Powell scored 14 points and had eight assists, while Gill scored six points and had four rebounds.