No. 8 Kentucky earns SEC Regular Season Title with win over No. 15 Auburn 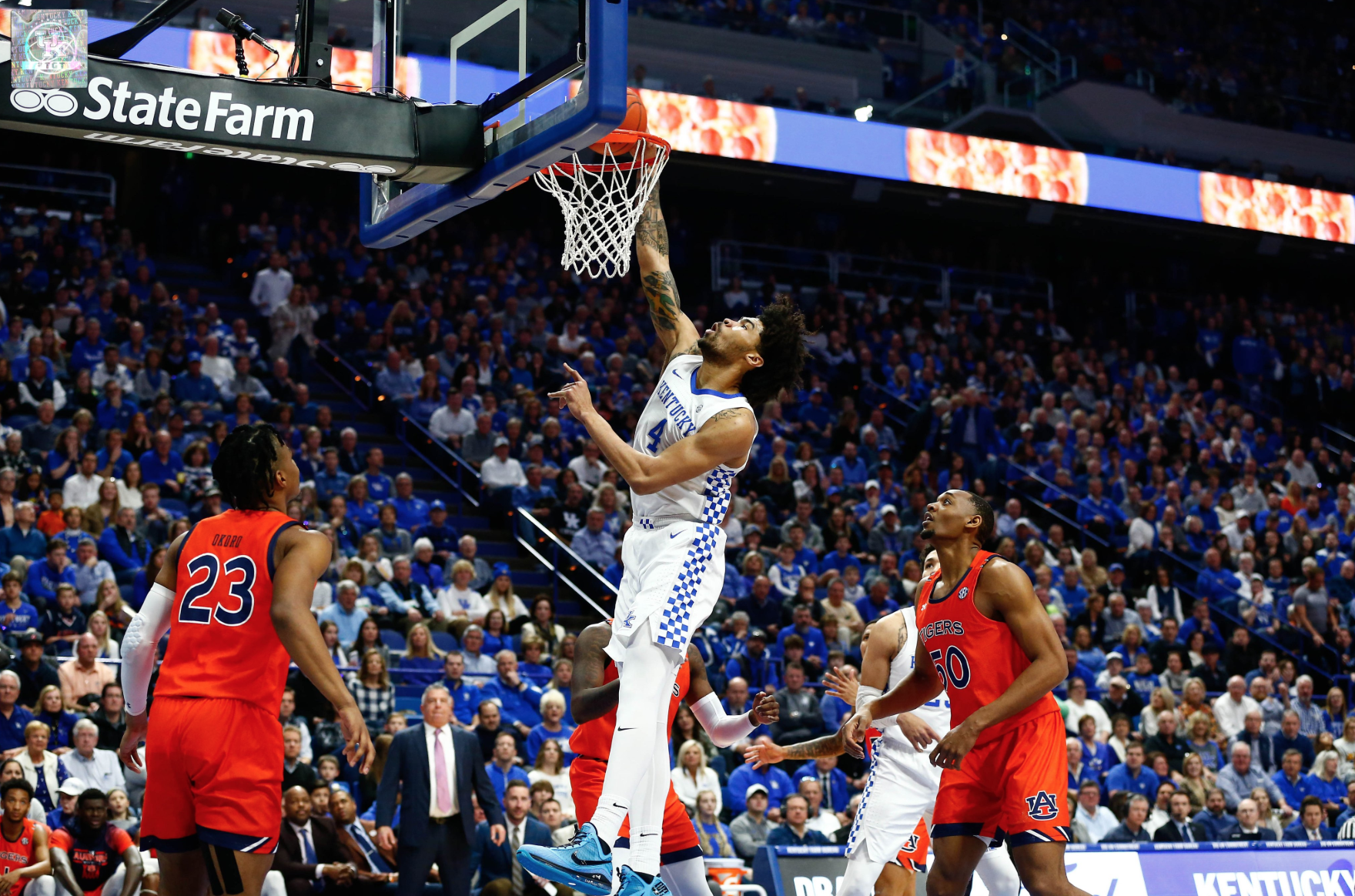 The Wildcats defeated the Tigers 73-66 in Rupp Arena for their 49th SEC Regular Season Title.

Auburn beat Kentucky earlier this season, but tonight was a revenge game for the Wildcats. Despite a poor performance from behind the three-point line, big games from Maxey, Quickley and Richards helped John Calipari earn the No. 1 seed heading into the conference tournament.

Kentucky had to climb out of a ditch being down nine early in the first half. Kentucky went on a 22-5 run to regain the lead and had the lead for the rest of the game.

Immanuel Quickley was the leading scorer for Kentucky, notching 18 points alongside 12 rebounds. He went 11-11 from the charity stripe. Tyrese Maxey and Nick Richards combined for 31 points to help secure the win.

For Auburn, only two scorers put up double-digits. J’Von McCormick had 13 points and Austin Wiley had 10 points, but it wasn’t enough for the Tigers.

Kentucky has now won eight straight, dating back to their last matchup against Auburn on February 1st.

The SEC Tournament will take place on March 5th in Nashville, Tennessee. Kentucky has earned the No. 1 seed, but the No. 2 seed is up in the air.

Kentucky will take on Tennessee on Tuesday in Rupp Arena. Tip-off is set for 9 p.m.

Auburn travels back home and prepares for Texas A&M on Wednesday. Tip-off is set for 7 p.m.