Who’s Hot and Who’s Not 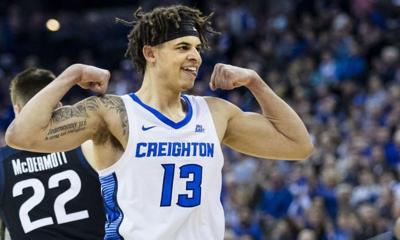 As we begin to enter the best month of the year, march, every team is either fighting for a position in the tournament or a better seeding. Some teams have taken advantage, and are peaking at the right time, while others are doing the very opposite.

Besides Kansas, Creighton is the hottest team in college basketball at the moment. They have won nine of their last ten games, including road wins against Villanova, Seton Hall, and Marquette, and a home win against Butler. The two-headed monster of Ty-Shon Alexander and Marcus Zegarowski have been unstoppable, and they have jumped to a 3three seed in recent bracketology and could find themselves at a two if they continue to play at this level.

Like Creighton, they have won nine of their last ten games, including wins against Oregon and Arizona. In a conference where few picked them to finish better than fifth, they find themselves on top and control their own destiny. If they can win the Pac 12, they could see themselves going from not making the tournament before the streak to being as high as a six seed on Selection Sunday.

BYU has also won nine of their last ten games, including a double-digit win against the former #2 team in the country. While they won’t win the regular-season title most likely, they are playing like the best team in the WCC and can make a very deep run in the tournament.

West Virginia is ice cold right now. After being named a two seed in the first official bracketology, they have lost five of their last six games. These include losses to TCU, Texas, and Oklahoma. They have a losing record in conference play now and have slid down to a five seed. If they don’t turn it around, they could easily be out in the first round.

Butler started the season 15-1, with their only loss being against Baylor and by only point. Ever since they are 4-9, and have a losing record in conference play. They have the talent, but they need to go far in the Big East Tournament if they even want to be considered for a good seed in the tournament.

Duke is far from as cold as the other two, but they have lost two of their last three games against two teams with a combined conference record of 13-21. They also required two buzzer-beaters to beat 11-17 UNC. These losses and close wins cause some concern because while the worst they will be is a 3 seed, the way they’ve been playing an upset in the first weekend is due.