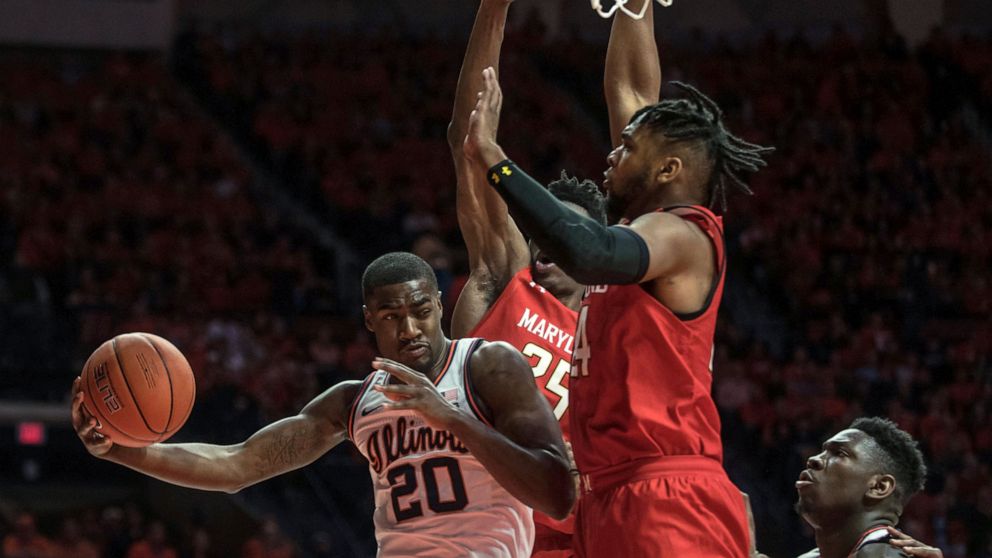 On Friday night, the Maryland Terrapins traveled to Champaign in a top 25 matchup.
This was a big game for both teams. As both teams are tied for first place in the Big Ten, the winner took sole control of first.

Illinois started the game on fire and got out to a big lead early. The Illini has as big as a 14 point lead with less then eight minutes left in the first half.

Maryland was able to battle back, and after Aaron Wiggins three-pointer at the buzzer, went in to halftime down 42-40.

The momentum quickly followed the Terps in to the second half. After a 9-0 run by Anthony Cowan and Jalen Smith, the Terps held a five point lead with under 12 minutes to go in the game.

The Illini were able to cut the Terps lead to as low as one with eight minutes left to play in the game. But the Terps stretched the lead back out to ten after a few big three-pointers by Darryl Morsell, Eric Ayala, and Anthony Cowan.

Down the stretch, the Terps were able to make their free throws and went on to win the game by a score of 75-66.

Anthony Cowan led the Terps with 20 points and was followed by Darryl Morsell who scored 15.

The Terps are now officially first place in the Big Ten. They will look to extend their winning streak to seven at home against Nebraska on Tuesday.

For the Illini, they will host Michigan State on Tuesday in a huge matchup as both teams are now tied for second place in the Big Ten.