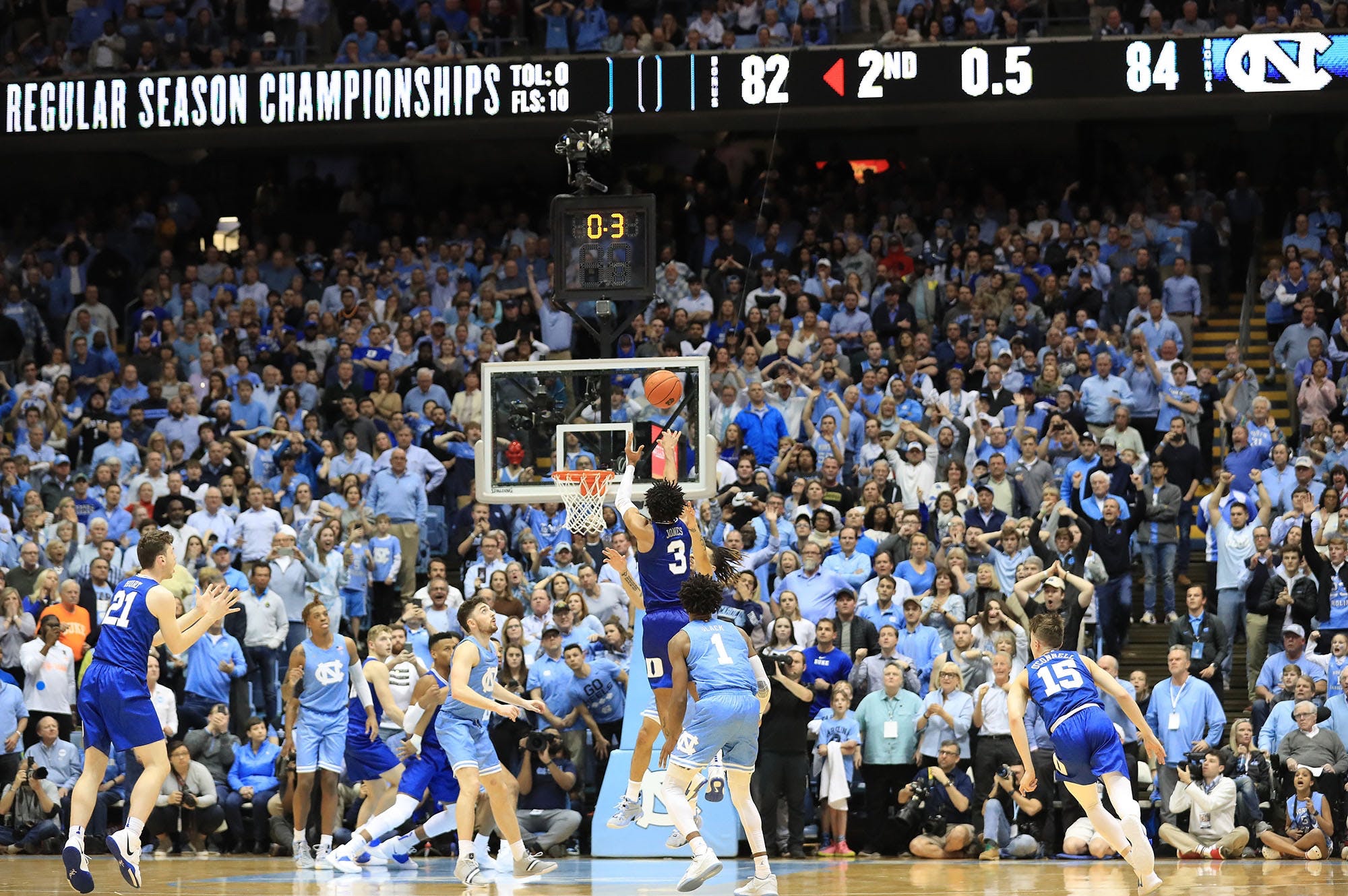 Usually once February starts, college basketball is in its full swing. Yesterday, fans got a glimpse of it.

There were a ton of upsets and some great conference games that were down to the wire.

Michigan vs. Michigan State and LSU vs. Auburn started the day off at noon with two great games.

Auburn was able to take down a tough LSU team in overtime by a score of 91-90. This game had a great finish to it. After going down three, LSU got a quick lay up and a steal with 14 seconds left in the game. Skylar Mays then dished it off to Emmitt Williams who slammed it down giving LSU a 90-89 lead. J’Von Mccormick then went down the court and made a game-winning floater with .1 seconds left on the clock. Auburn, LSU, and Kentucky are now all tied at 8-2 for first place in the SEC.

West Virginia vs. Oklahoma and Seton Hall vs. Villanova picked up right where those two game left off.

Oklahoma got their first win against a ranked opponent at home against West Virginia. Kristian Doolittle was able to carry the Sooners to the win. He scored 27 points and had 12 rebounds on a tough West Virginia team. This was a big time win for Oklahoma and keeps them alive for a chance to make the NCAA Tournament.

Seton Hall was able to travel to Township and take down Villanova by a score of 70-64. This was a big time win for Seton Hall. Sandro Mamukelashvili stepped up for the Pirates. He scored 17 points and tallied 8 rebounds. After trailing by four at the end of the first half, Seton Hall led for most of the second half but not by much. Free throws down the stretch secured the game for the Pirates. Seton Hall now has a three game lead for first place in the Big East.

The featured matchup between Duke and North Carolina followed. College Gameday traveled to Chapel Hill for the historic rivalry game. With UNC being down this year, college basketball fans didn’t know what to expect in this game. But this game ended up being arguably the best college basketball game so far this season.

Duke defeated UNC in overtime 98-96. Duke battled back at the end of regulation and overtime to win this game. Down three with four seconds left, Tre Jones made the first of two free throws. Following the make, he purposefully missed the second shot and got the rebound. Jones then hit an off balance deep two pointer at the buzzer to send the game to overtime.

UNC dominated for the majority of overtime but fell apart at the end. Up one with 12 seconds left, Garrison Brooks turned the ball over on a controversial no call. This gave Duke the ball. Tre Jones was fouled. After making the first, Jones missed the second free throw. Wendell Moore Jr. was able to tap the ball out to Jordan Goldwire. He quickly passed the ball to Jones who air balled an off-balance jumper. Moore was able to tip the shot in at the buzzer to give the Blue Devils the win.

Given the fact that Duke had a small chance to win the game at the end, this is a huge win for the Blue Devils to go into a tough environment and battle back late. For UNC, it is now almost certain that they will need to win the ACC tournament to make the NCAA Tournament.

To end the night, Oregon traveled to Corvallis to take on Oregon State. Oregon State battled throughout the game and was able to pull off the 63-53 upset. Ethan Thompson led the Beavers in scoring with 15 points. This was the second tough loss for Oregon. They will definitely drop a good amount in the rankings.

Next Saturday, there should be some great games as well. Hopefully, they can outdo yesterday.