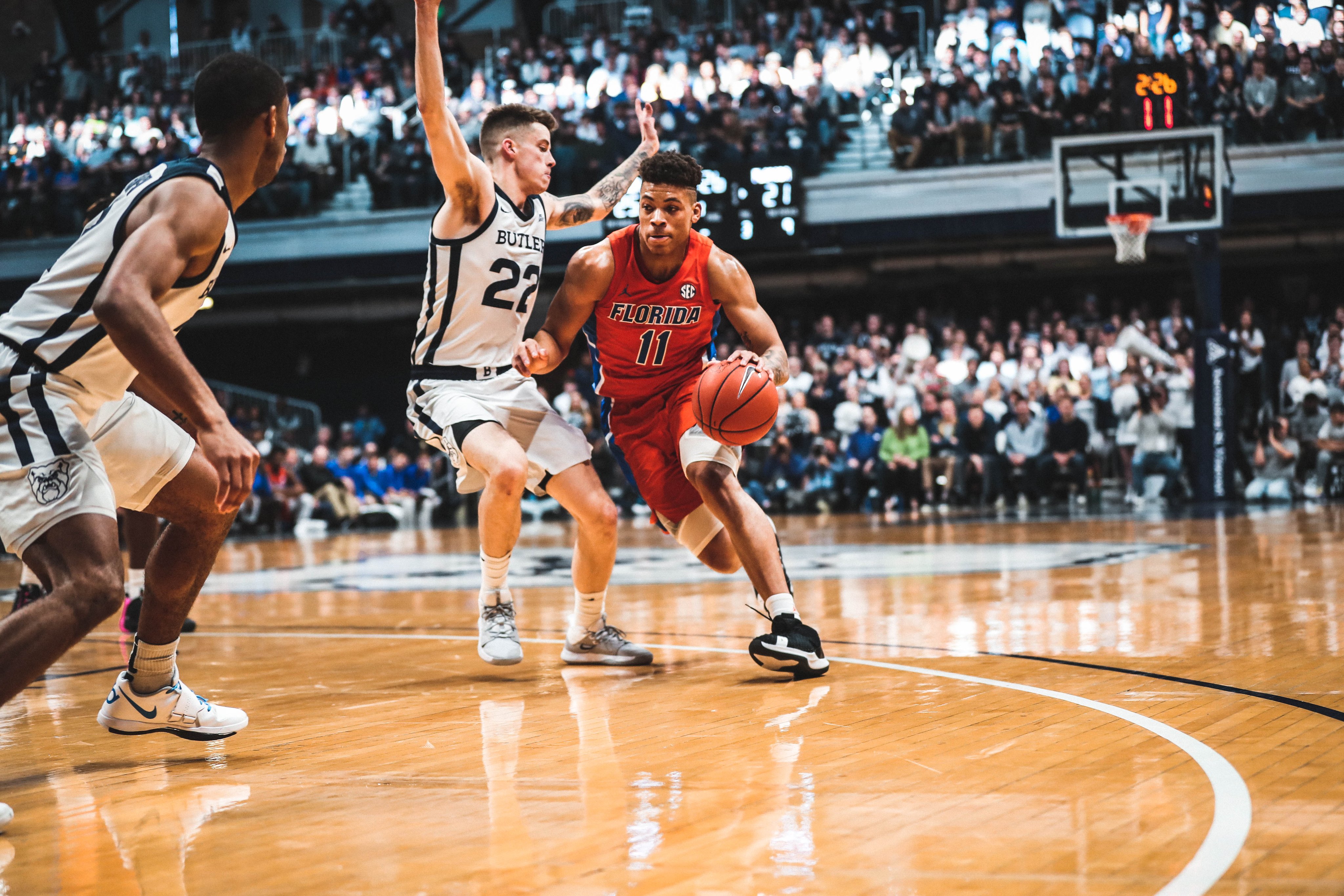 A sold-out Saturday afternoon in historic Hinkle fieldhouse can be considered one of the best places in college hoops. LaVall Jordan couldn’t have been happier coaching such an important game in front of such an amazing crowd. #24 Butler was picked as an afterthought in the Big East when they were picked to finish a distant eighth. The Bulldogs are now one of only two remaining undefeated teams in the Big East and have wins over Ole Miss, Missouri, Minnesota, and Stanford. The Bulldogs have defeated every major conference opponent that has stepped in their path and can now add Florida to the list as Butler extended the nation’s longest non-conference winning streak to 56 with a 76-62 win over the Gators.

Florida has struggled to live up to expectations this season as the Gators have now dropped their third game of the season after being picked preseason #6. The Gators are young and still immature on the court. Finding consistency from game to game has been a struggle, but coach Mike White remains optimistic. Florida got off to a great start forcing the Bulldogs into seven turnovers in the first half and opening up a six-point lead with 7:46 to play in the first half. That would be the highlight of Florida’s afternoon. The Bulldogs closed out the half on a 22-7 run taking a nine-point lead into the half after a Sean McDermott three to end the half. Butler never looked back as they opened up a 19 point lead in the second half and never trailed.

Butler’s motto of the next man up rang true yet again. Kamar Baldwin and Bryce Nze got in early foul trouble but the Bulldogs hung tough before Baldwin came back in to help ignite a spark that would ballon them to victory. Aaron Thompson was big for the Bulldogs and his pass-first mentality seemed to be contagious as the Bulldogs assisted on 19 of 25 made field goals. Thompson finished with seven assists and zero turnovers.

Butler’s defense has yet again been a reason the Bulldogs are finding success this season. The Bulldogs held Florida to 6-26 (23.1%) from behind the arc. Butler entered the contest ranked 26th in the nation in 3-point defense.

Florida (6-3) will look to get back in the winning column when they face their third Big East opponent of the season Providence in New York on Tuesday.