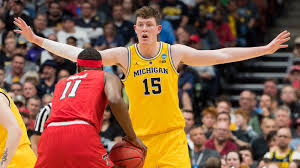 November has been a crazy month with in-season tournaments, overtime thrillers, ranking shakeups, and big point performances from many players. Most of all, as the month of December rolls in, the hype of college basketball is back and better than ever and college basketball fans couldn’t be more excited. This season, so far, has been nothing short of exciting and, for our fans that love basketball statistics, this month of November has had a lot in store for us.

Nothing out of the ordinary here. As usual, Markus Howard and Myles Powell are shooting lights out from three and putting up massive numbers for their team. Even limited to 6 points by Maryland, Markus Howard’s 51 point performance from the game before leads him in scoring in the nation. Obi Toppin’s breakout for his team and Dayton’s breakout in general is supported nicely by his 23 PPG and should stay consistently around that level as long as Toppin is getting the touches that he has been getting so far.

The rise of Michigan as of late has shocked the college basketball community as they have taken down now #7 North Carolina and #9 Gonzaga in the Battle of Atlantis Tournament. Having been led by Zavier Simpson and pushing a pass-first mentality into their gameplan has allowed them to find success against difficult teams. One special stat to note is Cameron Parker assist line which is consistently high and he broke an NCAA record of assists in a game with 24. As usual, we find Tre Jones, such a prolific passer, high up on this list as he has taken an elevated scoring role with the Blue Devils.

One special stat to look at when examining rebounds per game is Tyler Bey’s numbers. He is a guard averaging 12.5 RPG which, in today’s day and age, bodes well for his NBA profile since so many successful guards now have that strong ability to rebound efficiently and effectively.

A lot of the top 10 to top 15 high 3 point shooters are becoming big men as we see in the list. This trait of having a 3 point shot as a big man is especially useful transitioning from the college playstyle to the professional basketball playstyle. It is also useful in drawing out the opposing big man and spacing out the floor, thus giving opportunities for other guards to move around the floor and score.

These numbers are high in comparison to last season, with only 2 players averaging only 3 steals per game. The 6-1 Richmond Spiders, led by Gilyard in steals have shown success with their three high-tempo guards who love to play aggressive and shoot the ball as well. It is expected to see these numbers trend off as the year progresses.

So far, James Banks III is putting up a ridiculous stat line at this point in the season with 5.2 BPG. Typically, in the past years, there has only been one player per year that has either had 3.8 to 4 blocks per game. Seeing these high numbers right now point to the defensive mindset that college basketball teams may be trending towards following Virginia’s success in the last NCAA Tournament.