The Emergence of the PAC-12 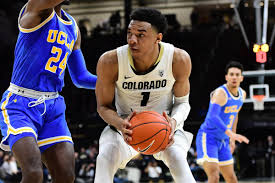 Current Standings within the PAC-12:

Teams to Focus on:

Last year, the PAC-12 proved to be lackluster in its efforts to prove to the world their strength and ability to compete against powerhouse teams. The only strong side was the Oregon Ducks, who made a fighting effort all the way to the Sweet 16 against #1 Virginia, surpassing all expectations. This year, the PAC-12 is a force to be reckoned with. With just 3 bids in the 2019 March Madness Tournament, I believe that this number is going to increase and the PAC-12 is going to show their grit and force in the 2020 March Madness Tournament. My prediction is that Oregon, Arizona, Colorado, Washington, and Stanford are going to make the 2020 NCAA Tournament. My bold bet for this conference is that, similarly to last year, either Oregon again or Arizona is going to find themselves in the Sweet 16 or Elite 8.