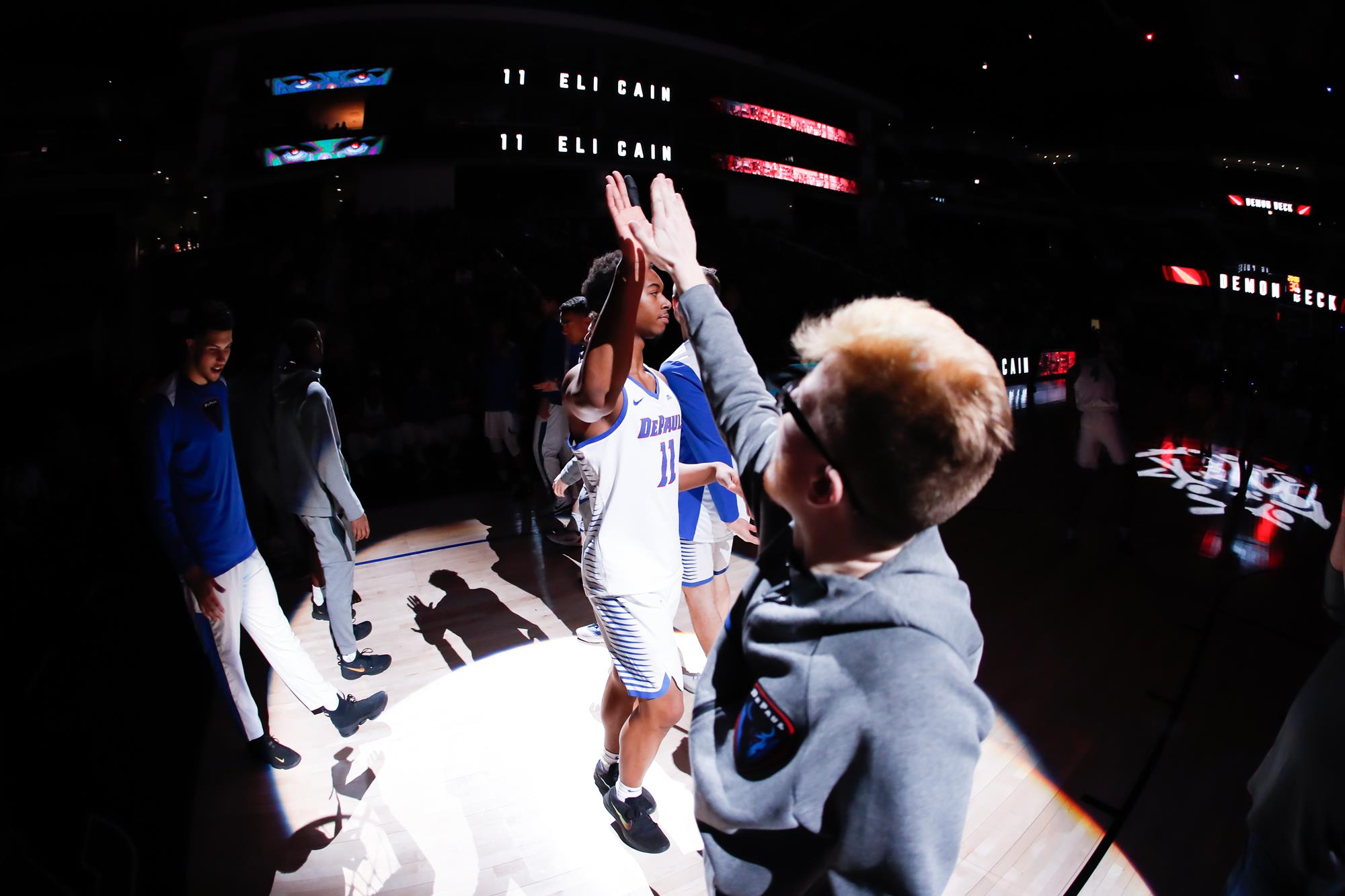 At 8-0, the DePaul Blue Demons are one of the early surprises of the 2019 college basketball season.

Is DePaul back?  It seems like it.  That isn’t just any 8-0 record either, as the Blue Demons have taken down the likes of Iowa, Boston College, and Minnesota – ALL on the road.  Their other five wins were all by double digits, proving that this is no fluke.

The Blue Demons have been able to do this thanks to the transfer and recruiting market.  Former Kansas Jayhawk, Charlie Moore, has been a nice compliment to double-double machine Paul Reed, actually slightly holding an advantage in scoring thus far.  Highly touted recruit Romeo Weems has been impressive as well, but it even seems like he could take another step forward as the season progresses.

Time will tell for how DePaul will be perceived.  They have a very good test against last year’s runner up, Texas Tech, on December 4th, while Big East play is always sure to prove as a means of measurement.

DePaul is more than just a team on the rise though.  They also house one of the best hype up teammates in the country.  Pantelis Xidias, a 5-10 walk-on, who can’t be unnoticed with his spiked out blonde tinted hair and sports goggles, has made sports highlight shows just on his celebrations from the bench alone.

But Xidias also knows his team better than anyone.  Not only does he play with the Blue Demons, but also gets to learn a lot from just watching games unfold.  Xidas believes DePaul can be a force to be reckoned with, which could be scary not just for the Big East, but for the entire nation.

Q: What have you done differently as a team this year than last year to start off like you have?

Xidias: Something that we’ve been doing very well this year is running the floor utilizing transition offense to create opportunities for ourselves.  This year in particular has been a great year in this category, and that makes us a very dangerous team to match up against.

Q: What are your expectations for this season?

Xidias: My expectations for this season are to make the (NCAA) Tournament, which our program has not experienced for an extended period of time.  I feel that we have all the tools necessary to achieve this goal, and ultimately go far in the tournament.

Q: How far do you believe you guys can go in March?

Xidias: I see no reason why we can’t go all the way.  We have such a talented group of individuals, and on top of that we are well coached.  I feel like the sky is the limit for us.

Q: Which game do you think has been the biggest win for DePaul so far this season?

Xidias: I think our win against Iowa really set the tone for our season so far.  To come out of the gates strong and get a win against a Big Ten team on the road is a testament to the kind of team that we are this year.

Q: Which one of your teammates has been the most important to this early season win streak?

Xidias: It’s hard for me to chose one teammate that has been the most important.  We’ve had the luxury of enjoying contributions from everyone.  Paul Reed has continued to prove that he is one of the best players in the Big East, and Charlie Moore has been huge for us as well, scoring and facilitating at a high level.

Q: How has your team’s game plan changed from last season to this year?

Xidias: Our game plan has remained constant, bring our all every night, execute on offense, and bring intensity on the defensive end.