#8 South Carolina Finishes Off #4 Maryland on the Road 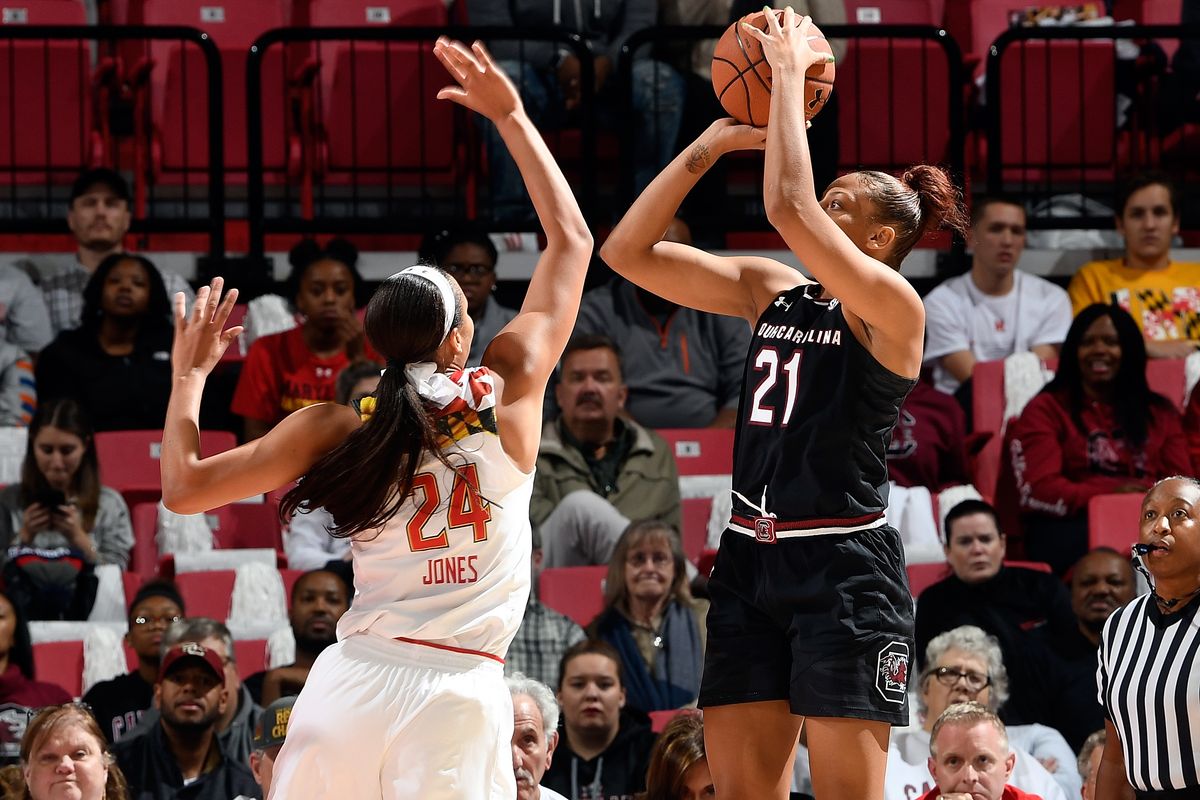 #8 South Carolina picks up a big road win over #4 Maryland 63-54 in a game that will likely impact seeding come March. The Gamecocks took control of the game early and despite only shooting 31.7% from the field dominated the game from the opening tip. As Maryland rallied around momentum swings the Gamecocks were unphased and found a response every time.

South Carolina used freshman Aliyah Boston to set the tone early and Maryland had no answer for the 6’5 forward. Boston will be a big key to the Gamecocks this season. She is a dominating presence inside and was coming off a triple-double (12 pts, 12, rebounds, 10 blocks) in only her second collegiate game. Boston was the number three recruit coming out of high school and it is clear that she will be a focal point for South Carolina to make a case for a one seed in the NCAA tournament and to give them a legitimate chance to play for a national championship.

In the second half, Maryland was getting continuous stops on defense but the presence left by Boston in the first half with her five blocks made the Terripans struggle from inside the paint. Coming into the game Maryland knew shot fakes would be of much importance but continued to attack the glass and throw up a wild shot hoping for a prayer and a foul.

As Maryland crept close it was South Carolina who failed to recognize Boston as a dominating presence inside. She finished the game with 14 points, 8 coming in the first quarter as Maryland’s match-up zone made things difficult to get the ball inside.

Maryland struggled to get things going on the offensive end all night. The Terrapins finished with only 54 points after scoring 119 in their season opener. Maryland wanted to control the tempo and get out and run but South Carolina would have none of it. It is early in the season but this game could have a significant impact on where these teams get placed in March.

Moving forward there is a lot to be excited about for both Maryland and South Carolina this season.

If South Carolina can continue to control the paint where they outrebounded Maryland 54-38 they will be tough for any team to handle. The biggest question for the Gamecocks will be shooting. The Gamecocks made only one three-pointer shooting a dismal 11.1% from behind the arc. South Carolina needs to find a consistent threat from deep if they wish to keep Boston in a place to cause some havoc for other teams.

Maryland struggled tonight controlling the game. They did, however, show that they were not going to back down. They forced South Carolina into 15 turnovers and made things extremely difficult for the Gamecocks on offense. The Terrapins only allowed three made field goals in the fourth quarter but allowed South Carolina to go to the line too often to complete a comeback. Maryland will need to solidify their offense moving forward. If the Terrapins are able to establish an inside presence, things will then open up for their perimeter threat as they were held to 2-16 (12.5%) from behind the arc.

South Carolina will look to continue their winning ways on the road with their next game at Dayton on Wednesday, November 13.

Maryland will look to get back in the winning column on when they travel to James Madison for their first road test of the season on Wednesday, November 13.