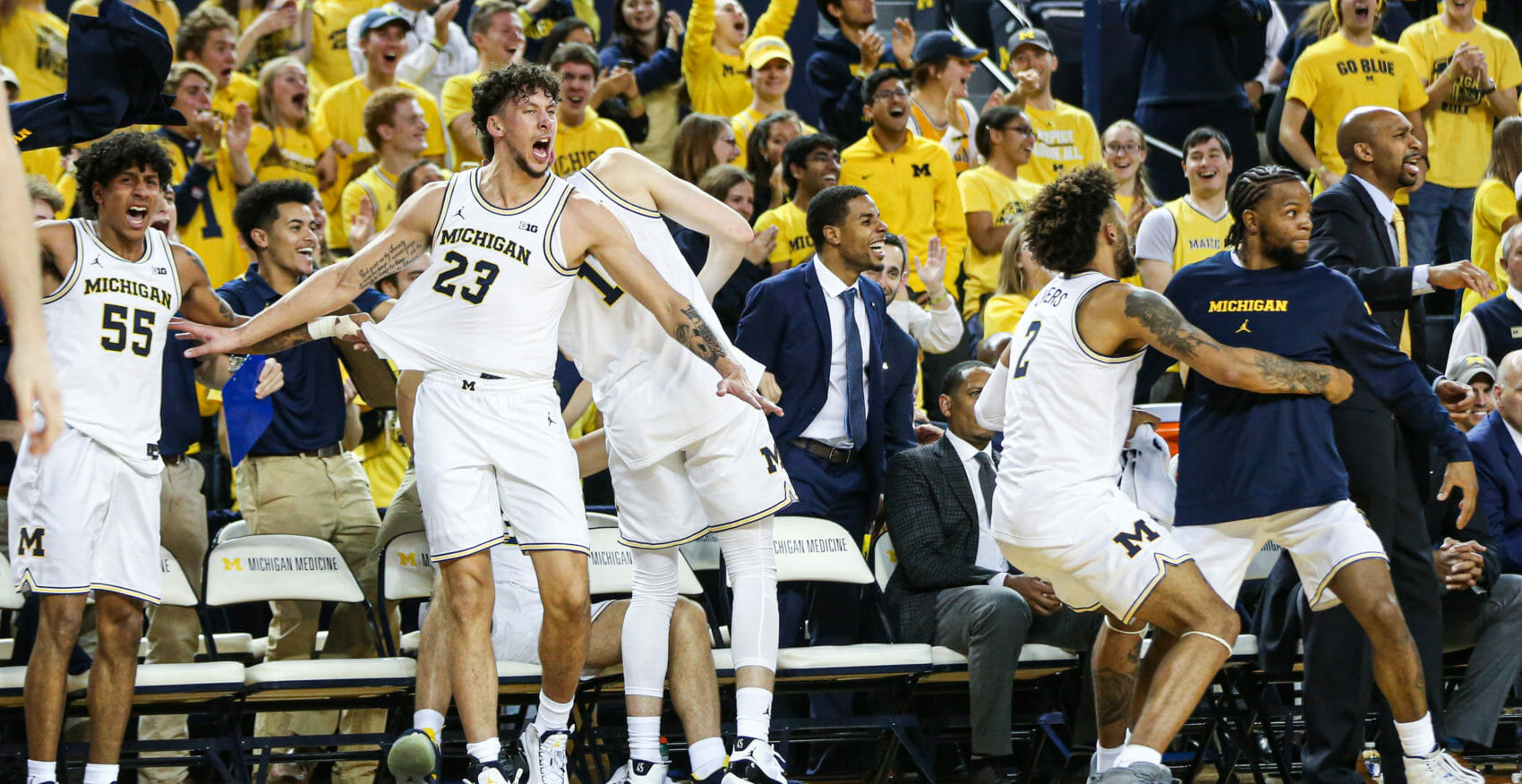 The Juwan Howard era of Michigan Basketball has begun. As the Wolverines enter the 2019-2020 regular season, they come with high hopes and high expectations. Their exhibition against the Saginaw Valley State Cardinals gave fans a glimpse into what this year’s Michigan squad has to offer, and also what they need to work on if they are to make a big tournament run this year.

Key Takeaways from the Exhibition Game:

Michigan is still running with mostly the same formula: small ball and lots of threes.

It was not uncommon to see two 6-foot-tall guards (Zavier Simpson and David DeJulius) on the court at the same time. Colin Castleton spent some time as the lone big man on the court. 31 of the 61 shots taken by the Wolverines were from beyond the arc—only 9 of which went in. They did go inside with much success early in the game, something to think about doing more often in the future.

Michigan is not the same team when Jon Teske or Brandon Johns Jr. are not on the court. They provide much needed strength on both sides of the ball that Castleton has not been able to provide. When Castleton is alone in the post, the whole team struggles to get things going. This is similar to last year when teams would try to get Teske in foul trouble early in games just so they could deal with a weakened Michigan team.

Michigan also runs into the same problems with inconsistency and sloppiness that plagued last year’s teams. While most of the time, Michigan is fairly disciplined and efficient on offense, they run into team droughts. This can usually be remedied by a very consistent scoring option, like Duncan Robinson and Moritz Wagner were in years past, but last year they did not have an option like that. It seems as though Isaiah Livers has stepped up to the task of being the team’s consistent scoring option. Against SVSU, the team was in a serious offensive drought until Livers was checked in and instantly made a three-pointer.

Free throw shooting has improved for the unit overall, but with one key exception: Zavier Simpson. Simpson continues to struggle from the line, even after years of work. Hopefully his one appearance at the charity strike against SVSU was just a fluke. Eli Brooks went 10 for 10 from the line, and the team overall went 23 for 30, giving fans hope that free throws will not be as much of a concern as it has been in years past.

The offseason provided us with many questions regarding who was going to pick up the slack after the top 3 scoring options from last year left the team. Isaiah Livers heard the call and stepped up to the challenge. Wearing Jordan Poole’s number 2, he became the Wolverine’s number 1 scoring option. He made 4 of his 8 threes, 2 of his 3 free throws, and all three of his shots from inside the arc. He started his night with two consecutive dunks, one being an alley-oop from Zavier Simpson. Livers proved himself to be a scoring leader on this year’s Michigan team, and it’s certainly exciting to watch.

In conclusion, there is certainly a lot of potential for this year’s Michigan basketball team to do great things. They just need to patch up some holes and continue to get more accurate and more consistent. Too many possessions are wasted with sloppy passes and lazy threes. This is all coachable, and Juwan Howard seems to be up to the task. We will just have to wait and see whether or not he can pull-a-Beilein and have his guys reaching their peak coming in March.