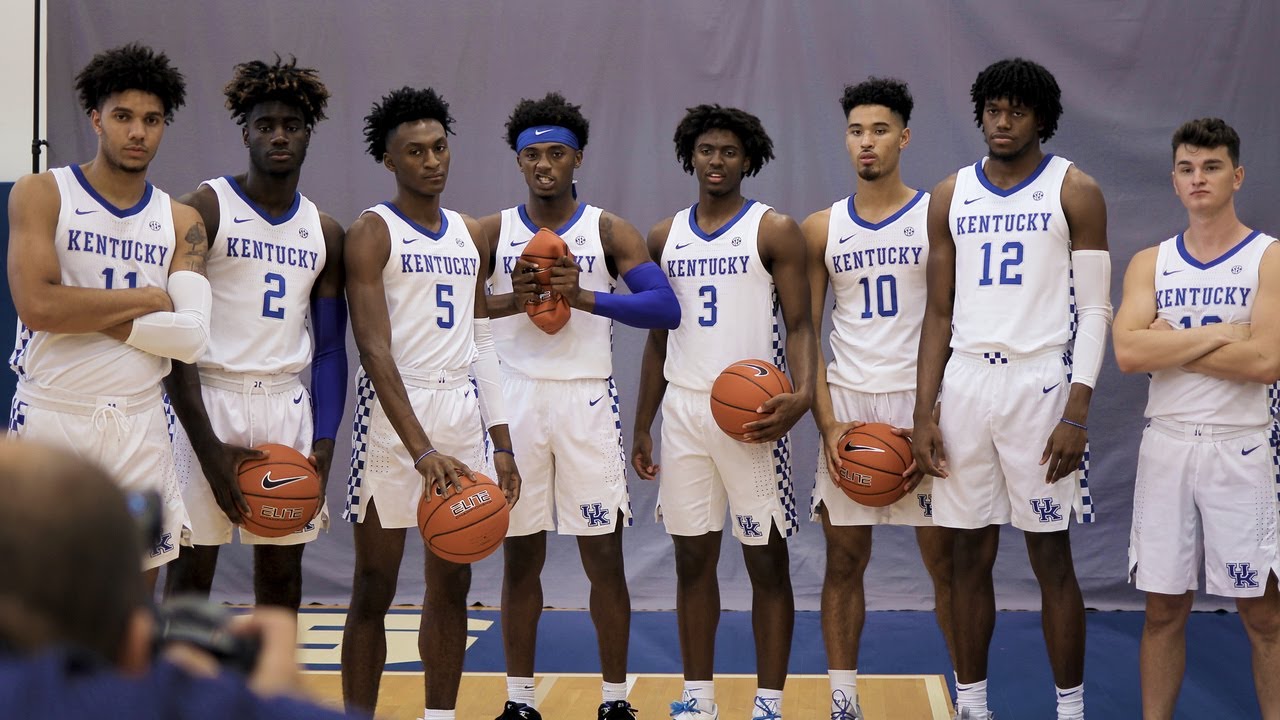 In the 2018/19 season, the SEC had seven teams head into March looking to hoist the national championship trophy. Auburn won their second-ever SEC Championship and worked their way to the Final Four before losing to Virginia, 62-63.

With three teams in the top ten recruiting rankings, the SEC is poised to have young talent carry into this year and give us another entertaining season of basketball.

With the number two recruiting class in the nation and Ashton Hagans returning, Kentucky looks set to pave their way through the SEC and make a run in March. But LSU and Florida, with returning players and transfers, will try to play the villain to their success.

Do I have to say much about this Wildcats’ team? Coach Cal once again has one of the more talented squads in the nation led by returning players and highly anticipated recruits. Ashton Hagans and Immanuel Quickley will both take on bigger roles and have support from yet another top-tier recruiting class. Not to mention, Bucknell transfer Nate Sestina will spread out the floor and provide Kentucky with plenty of ways to run the offense.

Neck and neck with Kentucky to be named the strongest team in the SEC, Florida will make noise this year. A deadly returning trio, transfer Kenny Blackshear Jr. from Virginia Tech, and two big recruits, the Gators could give Kentucky a run for their money as SEC favorites, and win the SEC Tournament for the first time since 2014.

The Will Wade recruitment investigation is over and now all the focus is on LSU making another run in March. Despite losing Naz Reid and Tremont Waters, the Tigers bring in a top 20 recruit and keep Mays and Smart. Expect Skylar Mays to lead LSU to a phenomenal season and deep in the SEC Tournament.

This all depends on the suspension regarding Nick Weatherspoon. Mississippi State has a handful of guys coming back and a recruiting class that can add depth. With Nick Weatherspoon waiting to see if his suspension is lifted, Bulldogs fans are waiting for their time to shine.

Auburn had its best year in the basketball program history. Ever. A share of the SEC Regular Season title, SEC Tournament champions, and a trip to the Final Four. Due to the success last season, Auburn lost its top three players and this year’s team will not look like the Final Four team. A totally different Auburn squad will have success this year, but don’t expect another Final Four run.

Nate Oats is coming into Tuscaloosa as head coach for the Crimson Tide with an impressive resume. He raked in an impressive recruiting class, convinced some transfers to join him, and has a returning trio that could redeem Alabama basketball after a disappointing campaign in 2018/19.

This is one of the best-recruiting classes that the Bulldogs have ever had, mainly due to Anthony Edwards – the fourth overall recruit. Georgia managed to keep three of their top four scorers as well, surrounding Edwards with off-ball support. It will be entertaining to watch the Bulldogs in the 2019/20 season.

After an Elite Eight run, Tennessee lost its three best players to the NBA. Lamonte Turner will return for his final season and a decent recruitment class helps boost the squad, but it will not be what we experienced last season.

The Rebels have a lot of returning players but I’m really not sold. They made the tournament for the first time since 2015, but I don’t believe that the chemistry created can make the tournament this year.

A&M is bringing back six of their top seven scorers and are bringing in highly-competitive coach Buzz Williams. Savion Flagg is back after being the Aggies’ best player during his freshman campaign. Chemistry could play a problem with new head coach Buzz Williams, but if it plays out in favor of the Aggies, they won’t finish this low this season.

Arkansas was able to convince former Nevada head coach, Eric Musselman, to come to Fayetteville and lead the Razorbacks in the SEC. Daniel Gafford left for the NBA Draft, so Mason Jones will have to carry a big load this season. Arkansas has a breeze schedule early, so the SEC will prove this teams worth.

The Gamecocks have been unpredictable the past few seasons. Making a final four run was not on anyone’s radar and this season could be very crucial for the program. Chris Silva is gone but AJ Lawson is back. South Carolina is bringing in a group of freshmen, but can they make an impact early? With the chance to have some good early wins on their resume, maybe Frank Martin can lead this team into SEC play on a high and prove me wrong. Until then, it’s not looking like a Final Four run is in the near future.

It is the post-Porter era in Columbia, Missouri, there are multiple things to consider. Mark Smith will be back on the court this season following an ankle injury as well as Tilmon and Pickens returning for Missouri. Bringing in a top-100 recruit at power forward will add some danger down low. Unfortunately, it won’t be enough for the Tigers this season.

With Darius Garland now in the NBA, a new coach in Jerry Stackhouse, and a weak recruiting class, there is no light at the end of the tunnel for the Commodores this season.