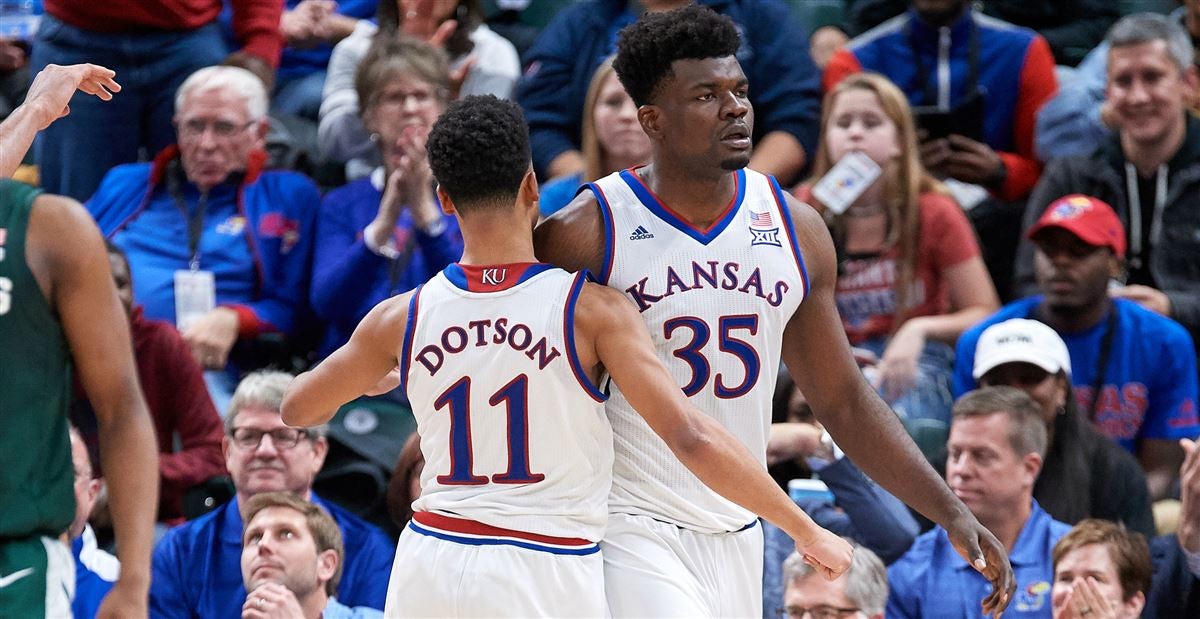 When Silvio de Sousa played in his half-season, he was great and was a factor on that final four team. Last year, he was missed the whole season due to an NCAA investigation. There are many question marks surrounding him; is he going to be as good or better than he was in the sample size he played or did the year off hurt him? With an elite center in Azubuike most likely requiring extra attention this season, Silvio could be presented with many chances to succeed.

On paper, this should be a top 3 team in the country. Devon Dotson is a top 5 point guard, Udoka Azubuike is a top 5 player, and the rest of their starting lineup are also very talented. To add on, they have one of the better benches in the country, featuring 3 and D specialist Isaiah Moss, David Mccormack who has reportedly improved his game a lot this offseason, and two top 50 recruits in Jalen Wilson and Tristan Enaruna. If the Jayhawks can stay healthy, especially Azubuike who has missed a lot of time in his college career, and run the offense how Bill Self has done in the past, there is no reason this team shouldn’t compete for a National Championship.

As for their schedule, they have a few tough non-conference games this season. To start off, they will face a freshman heavy Duke team in a battle of two of the best teams in the country. Later, they will play in the Maui Invitational, where they can potentially face Michigan State in the finals if both teams win out. Colorado could be an intriguing matchup at home for the Jayhawks, and a battle on the road against Villanova before conference play will be very difficult. The Big 12 is always unpredictable, but the only two teams who seem like a threat to restart Kansas’ streak are Texas Tech and Baylor. If they can sweep or take one of two games against both teams, they should have no problem doing just that. Kansas fans, enjoy this season before it gets taken away by the NCAA.