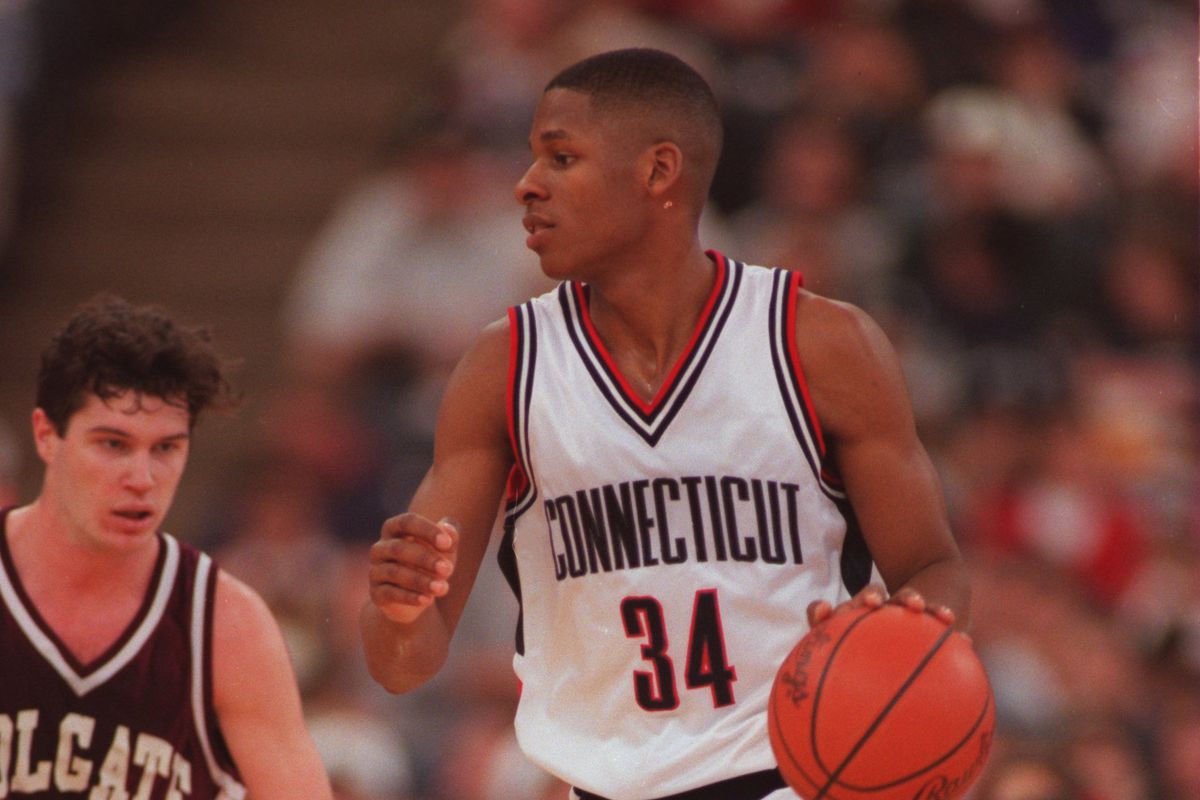 The Big East is a conference with a rich history in great players and coaches. Here’s what an all-time team for this storied conference might look like.

There’s no other way to put it. Dwayne ‘Pearl’ Washington brought excitement to the game of college basketball like never before, and in doing so, officially put Syracuse, New York on the map.

From his crossover, to his high dribbles, to his ability to find his way to the rim, he was a dazzling point guard who could almost always be trusted with the ball in his hands in tight situations.

Oh, and he also hit this half court shot against Boston College to win the game.

I could have gone a lot of ways here, but it’s how good Allen was in his junior season while at UConn that gets him the starting nod.

After scoring around 12 points per game during his freshman campaign, Ray showed how good he could really be, pouring in an average of over 21 a night his sophomore season. Then, he upped that even more, to an average of 23.4 PPG during his junior season, while shooting almost 47% from deep.

While Allen never led the Huskies to a final four (they made the Elite 8 in 1994-95), his teams never had any less than 28 wins in the three years while he was in Storrs, which is quite incredible.

Had a few options here, but Mullin gets the nod given the fact that he played four years in the Big East compared to other guys with shorter stints.

Mullin was also one of the most recognizable players in all of college basketball, played on the 1992 ‘Dream Team’, and actually took the team from Queens all the way to the Final Four.

He could score, rebound, and really lead a team, albeit the latter was disproven during his recent run as head coach for the Johnnies.  Whatever you think about him, he was a true Big East baller.

Derrick Coleman was a few made free throws away from giving Jim Boeheim his first National Title in 1987.

Even with that mishap, he still is the best PF in Big East history.  D-Cole was a first team national All-American during his senior season, and still to this day his third all-time on the collegiate rebounding list.

He was a bruiser down low, and was drafted first overall by the Brooklyn Nets in 1990, proving his skillset.

He never missed out on the Big East DPOY award during his four year run in DC, while his scoring was dominant, as he still sits in the top ten in Big East Conference points.

Oh, need anything else?  He was a national first team All-American THREE times during his career, just showing all the more how great he really was.

The frosh stud led ‘Cuse to their first Natty in 2003.

AI took the ‘crossover’ to the new level and balled out at the NBA level perhaps more than any other Big East player.

Kittles was a deadly shooter, and no doubt finds his way on this team.

This team needs a modern day player and back-up big man for Ewing and Coleman.  Insert the Pirate rebounding machine.

You want to win in March?  Calhoun’s your guy.

These guys all have the merits to be the Head Coach for this roster, so it wouldn’t hurt adding them to the staff.