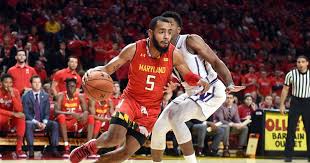 The Maryland Terrapins (6th seed in the 2018 NCAA Tournament) have all the pieces this year to make a deep run with Anthony Cowan, Eric Ayala, and Jalen Smith returning. The only key piece they lost is Bruno Fernando and the Terrapins can shift Jalen Smith to more of a center role while running two forwards in Aaron Wiggins and Ricky Lindo. Maryland has the potential to perform successfully in the regular season and in the tournament because of the experience that all their players have gained in last year’s tournament. Additionally, with college basketball, players tend to come and go on a team which makes it tough for team chemistry to stay constant, however, Maryland has kept most of their core which keeps their chemistry high. Maryland is both shifty and strong and has the utmost potential to be a sleeper team this year.

Last year during the NCAA Tournament, the Hawkeyes put on a small glimpse of a performance that we can hopefully expect to see this year as they beat out #7 seeded Cincinnati and eventually lost to #2 seeded Tennessee in an overtime thriller. This loss shouldn’t discredit Iowa as it simply shows their skill and nature to compete against teams that may have more skill or size than them. They also have two stars in Joe Wieskamp, a sophomore, and Jordan Bohannon, a senior leading the team. They are also complemented with a shifty and incredibly strong center Luka Garza who poses such an inside threat to all opponents. With keeping the same core as last year, coach Fran McCaffery has the pieces in place to make a deep run this year.

The Oregon Ducks are one of those teams where no matter if someone gets injured or they play an opponent with a different style of play, they can work around it. The Ducks have a strong leader in Payton Pritchard who is incredibly nimble and showed off his prowess in last year’s tournament. Pritchard led his team over 5th seeded Wisconsin and 13th seeded UC Irvine and clearly showed that he has the ability to lead his team through any situation. Although many of Oregon’s players have left, they have strong transfers and commits in Shakur Juiston and Chris Duarte who will look to make an impact. The Ducks have showed that they can make the upset happen and it wouldn’t be anything out of the ordinary if they pull if off again this year.

Last year, Marquette didn’t have the chance to prove their worth in the NCAA Tournament as they were stopped by #2 overall pick Ja Morant in a crushing blowout by Murray State. What went wrong? Nothing clicked between teammates and shots that weren’t going in for Marquette were simply falling in for Murray State. However, this year Marquette has the chance to redeem themselves and they have a strong chance to do so with Markus Howard returning with more experience and a chip on their shoulder. Although this talented team in the Big East has lost the Hauser twins who were a pivotal point in their offense, they still have many other pieces to fit around Howard who will look to take on a larger scoring role this year.

Similarly to Marquette, Seton Hall also wasn’t given their best chance to show off their skill and talent in last year’s tournament after being taken down by Fletcher Magee’s Wofford Terriers in a 16 point loss. But they also have very great potential to bounce back as well with junior Myles Powell leading the scoring field with 23 points per game in 2018. Powell will look to expand his game and if he can raise his already strong 3-point percentage (37%), the Pirates can feel more comfortable and push their efforts on developing their players around Powell’s play style. I think Seton Hall can offensively move their way to the Sweet Sixteen and even the Elite Eight if the pieces around Myles Powell can contribute and facilitate him in an efficient manner.