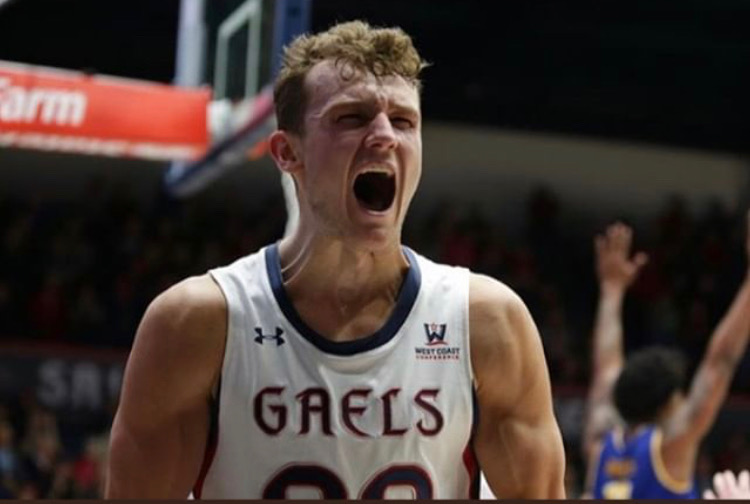 The Saint Mary’s star from down under Tanner Krebs can do it all. The redshirt senior can shoot and rebound at a high rate, and always has a winning mindset. He finished third on the team in scoring and rebounding, and led the team in free throw percentage. I was privileged enough to ask Tanner some questions about him, the team, and more.

1) Did being part of the Australian U19 team help prepare you for college basketball?

Tanner: Yes, I believe it did. I was able to gain some valuable experience playing against some of the top players in the world. To have some individual success at the tournament as well gave me some confidence to start my college career.

2) What was the hardest part about sitting out your freshman year?

Tanner: Not being able to play the game I loved. I just wanted to be out there helping my teammates win and contributing in any way I can.

3) What are your statistical goals for the season?

Tanner: I don’t really have any. I honestly just want to do what I need in order for us to be successful.

4) What is something you’ve worked on the most this offseason?

Tanner: Being able to make plays off the dribble and catch, making reads on and off the ball and strength.

5) Saint Mary’s is known for heavily recruiting Australian players. What made Saint Mary’s so appealing to you?

Tanner: Coach Bennett does a great job of recruiting great people, either player wise or within the coaching staff. The people within the team was the most appealing aspect about the school. It’s also a successful, winning program. I love to win and wanted to go somewhere and win.

6) What was the most memorable game you’ve played in?

Tanner: Last years WCC tournament final against #1 Gonzaga. That was the most memorable game of my life. People always talk about how it was a miracle, but the reality of it was, we were really confident we could beat them with our game plan and we did. It was the best win in program history, and to do it with that group of guys was really special.

7) Last year, your team barely missed the second round of the tournament. What are your team’s goals for this season and what will you do to help reach that goal?

Tanner: Our goal is to win a national championship. We have the desire and the personnel to do it. We are not trying to sell ourselves short. In order for us to do that, I need to be a great leader and always push our team to be better and stronger.