UConn is exactly what the Big East needed 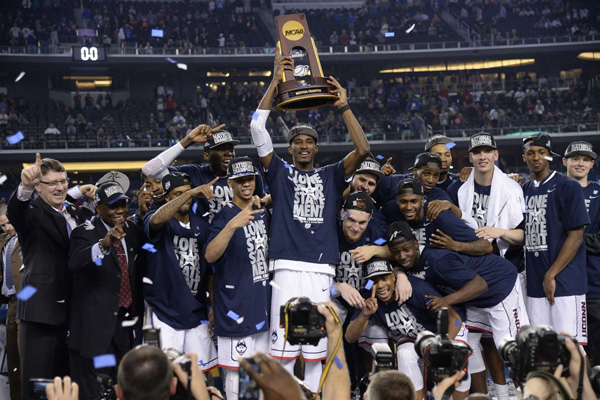 Well, it’s finally official.  The ‘Board of Trustees’ at the University of Connecticut have voted on allowing the UConn Huskies to re-join the Big East Conference (minus their football team).

While this news doesn’t really come as a shock, it does come in a moment where not a lot of people were expecting it.  After all, with Villanova taking home two national titles in the past five years, it isn’t exactly a conference in need of another program.  The Big East hasn’t been the same as it was in it’s prime, but it has still been a power six conference since major realignment occurred a few years back, and in some cases has really been a top three conference in college basketball.

With that being said, this move just feels right.  When people think of the Big East, Georgetown, UConn, St. John’s, and Syracuse are the teams that come to mind.  Unfortunately, the Orange have found a nice place to stay in the ACC, especially with the resurgence of their football program.  However, Villanova has really stepped up their game over the past half decade, and with the Huskies set to re-join in 2020, it just seems right again.

No, it will never be the old Big East.  Times have certainly changed.  However, one thing that is true is that a lot of grit, rivalries, and feeling of the old Big East will be back.

UConn kind of has that aura about their program that combines a lot history with a bit of an arrogant mentality.  Funny enough, I guess that kind of embodies the state of Connecticut as a whole, and trust me, as a CT kid myself, I’ve earned the right to say that.

But in reality, that is nothing far from the truth.  Teams like Villanova and Seton Hall have benefitted immensely from a shrunken conference.  In other words, they don’t want that to change, and I wouldn’t be surprised if there will be some sour apples amongst those three colleges in years to come.  And make no mistake, St. John’s and Georgetown will be glad to have an old foe back for good times sake.

I have a hard time disagreeing with him, and now the Big East just got one of those teams back.  That isn’t to discount Nova, Hall, the Johnies, or Hoyas either.  If anything, it will just fire them up even more to earn the title of “The Sixth Borough”.

Move past that, and we need to take a look at what UConn already supplied to the Big East in their 30+ years previously with the conference.  From Ray Allen’s magical buzzer-beater, to the numerous National Championships (the most by any program in the past 25 years), and more recently, Kemba Walker’s famed step-back crossover / jump shot to knock off Pitt at MSG.  It is a program with moments, great fans, and above all, people who care about the program.

So how will UConn ultimately fare?  I really don’t know.  Dan Hurley seems to have the right mindset to turn this once blue-blood-esque program around.  In reality, it’s only been a few years since the Huskies won their last National Title, so don’t go thinking that this is a team in despair, but rather a program that just needs a few things changed.

One thing is for certain though.  The UConn Huskies are back in the Big East, and man it just feels right.