The day has come where young athletes will finally make the leap into the NBA. We will see the first steps of Zion Williamson, Ja Morant, and RJ Barrett as they look to take these below par teams to playoff contention. Here is a full first round mock of who each team with a pick should take.

This is really a no brainer. Williamson becomes the face after the Anthony Davis and the most hyped rookie since Lebron will play in New Orleans 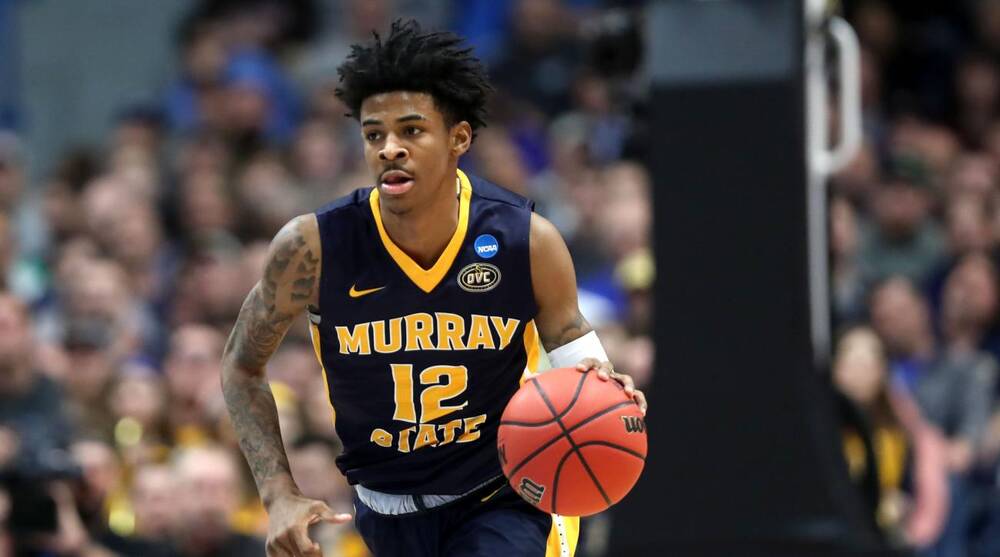 With Mike Conley gone, the grit and grind grizzlies era is over, but a combo a Ja and Jaren Jackson Jr. could be fun to watch over the next few seasons.

RJ has been very open about wanting to play in New York and it seems all but certain Knicks will take him. He’s a great scorer, and will help from day one for the Knicks.

The Pelicans acquired this pick in the Anthony Davis pick from the Lakers, but don’t be surprised if they trade down with a team like the Hawks or the Timberwolves. If they decide to keep the pick, Culver will be a great scoring and defensive addition to a young core in New Orleans.

Hunter is arguably the best defender in this draft and can also shoot over 40% from three. The Cavs are particularly weak at small forward, so Hunter may see himself in the starting lineup from day one.

The Suns have struggled to find a permanent point guard since Goran Dragic left. After missing a whole season with injury, Garland is ready to bring his talents to Arizona and finally give the Suns the point guard of the future they need.

The Bulls are actually pretty loaded at every position except point guard, with Kris Dunn not living to his expectations. In comes White, who can score and has good court vision that may help the Bulls make a playoff push.

Reddish didn’t have the best season at Duke due to being in Zion and RJ’s shadows, but he was the #3 recruit out of high school for a reason and has a lot of potential. With Taurean Prince being traded earlier, Hawks need a small forward.

When Washington traded two small forwards, Otto Porter and Kelly Oubre Jr midseason, they were clearly looking for a change at the position. In comes Little, a Mcdonald’s All American MVP winner and a very talented wing. Wizards need him if they want to stay relevant with John Wall.

The first center taken off the board is Hayes, who fills is a great shot blocker and can develop into a double double guy. With Trae, Reddish, Collins, and Hayes, the Hawks could have the best young squad in the NBA.

Timberwolves can’t seem to find a solid power forward, no disrespect to Taj Gibson or Dario Saric. With the addition of Hachimura, who could compliment Towns very well, the Timberwolves can stretch the floor a lot better and improve.

With Kemba’s status unknown, the Hornets need to start looking into the future. Sekou is only 18, and has the skills to become the next great european player.

Washington had a tremendous second half at Kentucky, proving he can be a force in the NBA. The Heat are the definition of mediocrity, and Washington might be a player to get them over the hump.

With Kyrie Irving and Terry Rozier leaving, Celtics have no one at point. In comes Langford, who can score and pass at a high rate and keep the Celtics as contenders. This pick could be packaged with the 20th or 22nd pick to move up. 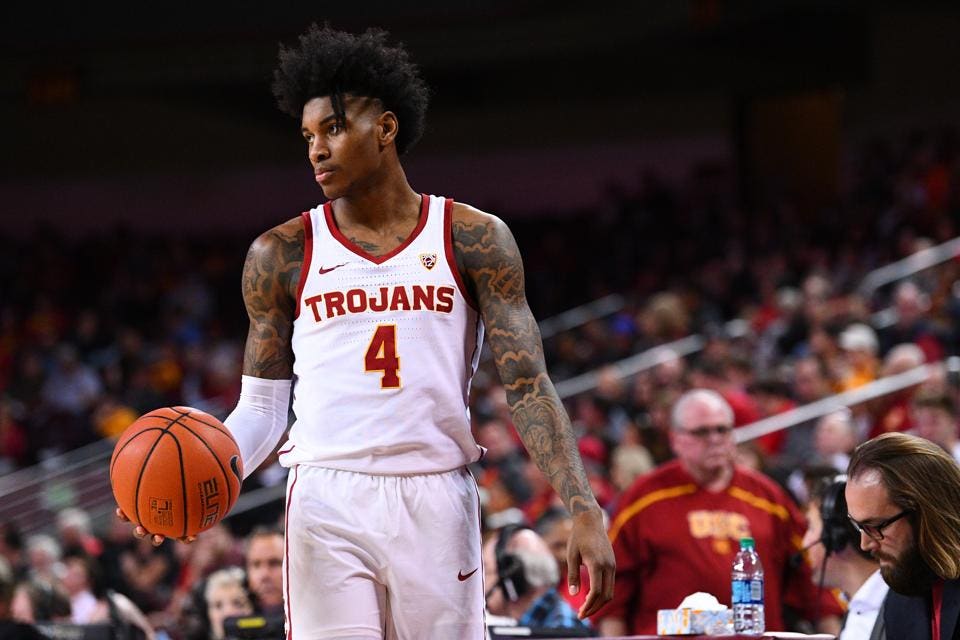 Porter had his issues in college, but you can’t deny his skill level. Pistons have been useless when it comes to starters at the small forward position and Porter could change that.

Herro is one of the best shooters in the draft and an underrated defender as well. He can add great scoring for the quietly talented Magic. Magic finally avoid adding another center to the team, something they never did in the past.

There are rumors that the Hawks promised Claxton he’d be taken by them at 17, but even if that isn’t true the Hawks should take the talented center. Claxton has guard like abilities, making it hard to defend him on the court. This pick is a no brainer if the Hawks trade the 10th pick to move up in the draft, swapping Hayes for Claxton as their center of the future.

With Oladipo out for part of the season and Bogdanovic a free agent, the Pacers need wings. Johnson showed a lot of maturity in his style of basketball at Kentucky, and could be a key player off the bench.

There is nothing more Gregg Popovich likes on his team than european players, so in comes Goga, a very talented center who has experience to make an impact right away.

Clarke finally stops slipping down draft boards with this pick. Horford is all but gone, and Clarke’s rim protection is the best in the draft. He could find his way into the starting lineup towards the end of the season if he plays to his potential.

The Thunder would love a real shooting guard, and Alexander- Walker showed he can be that in the last season. He uses his size very well and could complement Westbrook and George nicely.

Kabengele can score, rebound, and defend at an above average rate, something the Celtics need. Him and Clarke will battle each other for minutes.

Bazely surprised a lot of people when he withdrew from Syracuse to basically do a year of nothing. He was a top 10 recruit for a reason though, and the Grizzlies will take the risk in hopes that he can pan out and be a top player.

The last time the 76ers took an injury prone center out of college? Joel Embiid, who turned out just fine. 76ers can’t resist taking the best player available, who can back up Embiid next season.

Williams is undersized, but he makes up for it in his grit and toughness. He has that winning mentality the Trail Blazers need, especially now that the West is wide open.

With Love on the trading block and constantly injured, it’s time for the Cavs to secure a power forward for the future. Paschall has been rising on the draft boards and his ability to stretch the floor can help the young Cavs.

Windler is an elite scorer and can rebound as well. The Nets need to strengthen their bench, and Windler can be a great scorer for them when they need it. 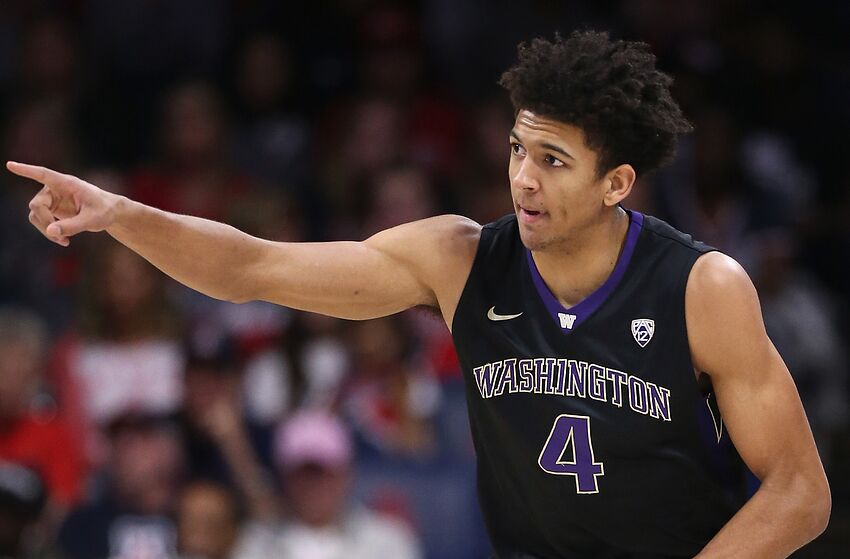 Thybulle is one of the best defensive prospects the NBA has seen in a long time. Pair him with Draymond Green and the Warriors might be able to make up for the absences of Kevin Durant and Klay Thompson.

The ACL injury is very devastating, but once he is healthy he can be a big problem for defenders. He can drive very well, and space out for three, making him a great player on a Spurs team looking for just that.

Okpala has seen his stock drop since once being considered a lottery pick. He is a great player though and doesn’t need to have the ball in his hands, making him a great fit with the two big men in Detroit in Blake Griffin and Andre Drummond.