Why Auburn will win it all 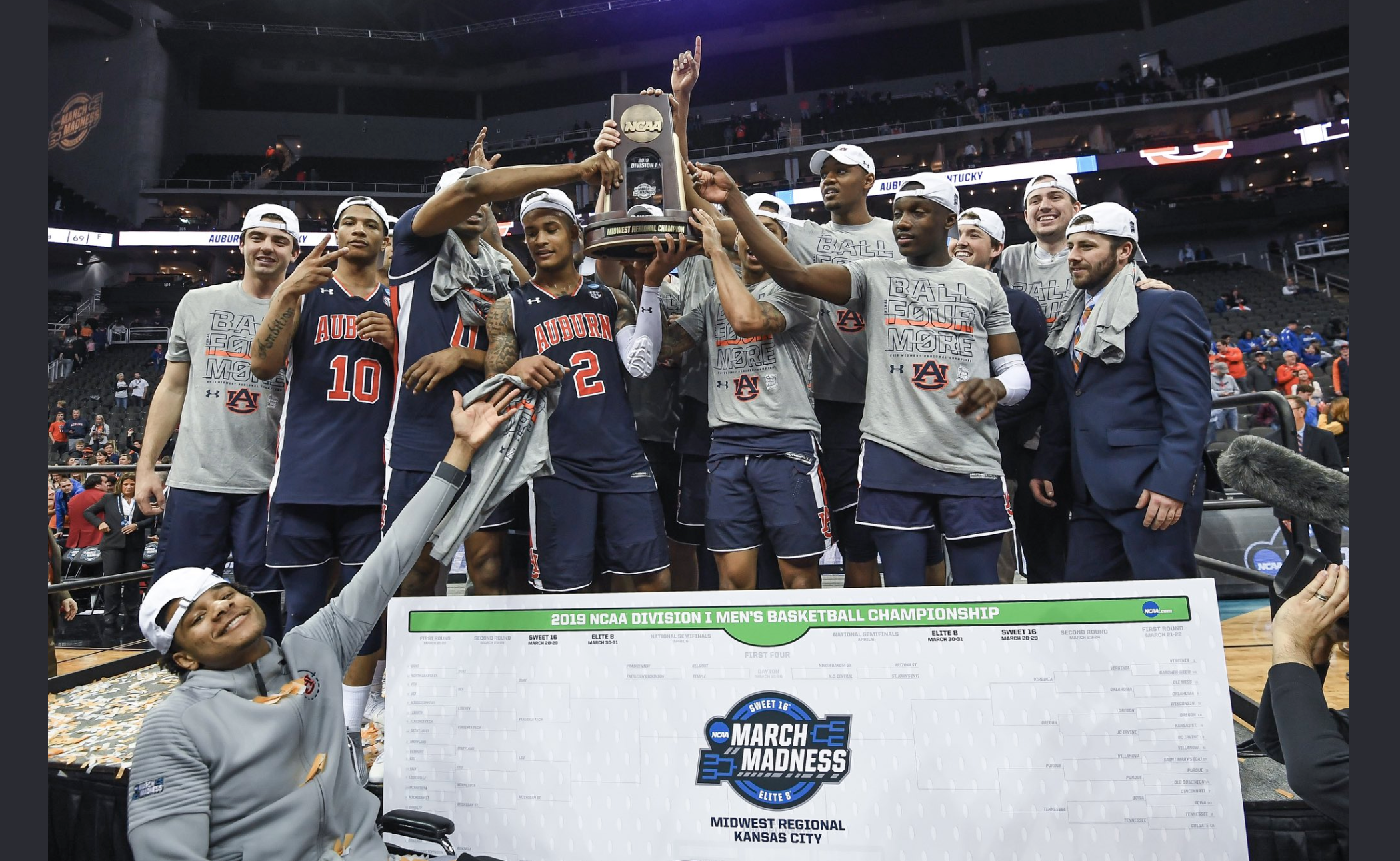 After shocking many people by winning the SEC tournament, Auburn was disrespected by the tournament committee and was given a 5 seed. To make matters worse, they would have to face three blue bloods in Kansas, UNC, and Kentucky if they wanted to win the midwest region. This Auburn team showed no problems, easily taking care of Kansas and UNC before escaping with an exciting overtime win against Kentucky. As they prepare to take on Virginia on Saturday, these are the reasons why they won’t just beat Virginia, but they’ll win it all.

Auburn took a devastating blow with just a few minutes left in the UNC game when star player Chuma Okeke went down with a serious injury. They later found out it was a torn ACL and he would be out for the rest of the tournament and longer. Auburn will use Okeke’s injury as motivation to win a national championship for him. When Okeke came out in his wheelchair in the second half of the Kentucky game, Auburn had a new energy, and quickly overcame their deficit to win that game. They will have that same energy and motivation the next two games and win the whole thing.

Auburn have made 49 threes in the four games they’ve played this tournament. That is a little bit over 12 three pointers a game. When this team gets hot from deep, especially Bryce Brown and Jared Harper, they are virtually impossible to guard. Auburn will be shooting the ball a lot, and the opposing defenses will just have to pray they aren’t falling if they want a chance to win.

Bruce Pearl has proven he is an elite coach

Bruce Pearl hasn’t been the most consistent coach in his career when it comes to success, but over the past two years he has been a top 10 coach with this Auburn team. He has found a group of players that he can coach and has done a terrific job of making sure each of his players emphasize their strengths when they are on the court. Despite the high point totals, Auburn has shown good defense as well, thanks to Pearl’s great coaching, but it’s his offensive game plan that has put them over the top. His fast, high-powered tempo should be able to beat Virginia’s slower tempo, and he is a smart enough coach to get them past Texas Tech or Michigan State.