Auburn Shoots Their Way to the Elite Eight 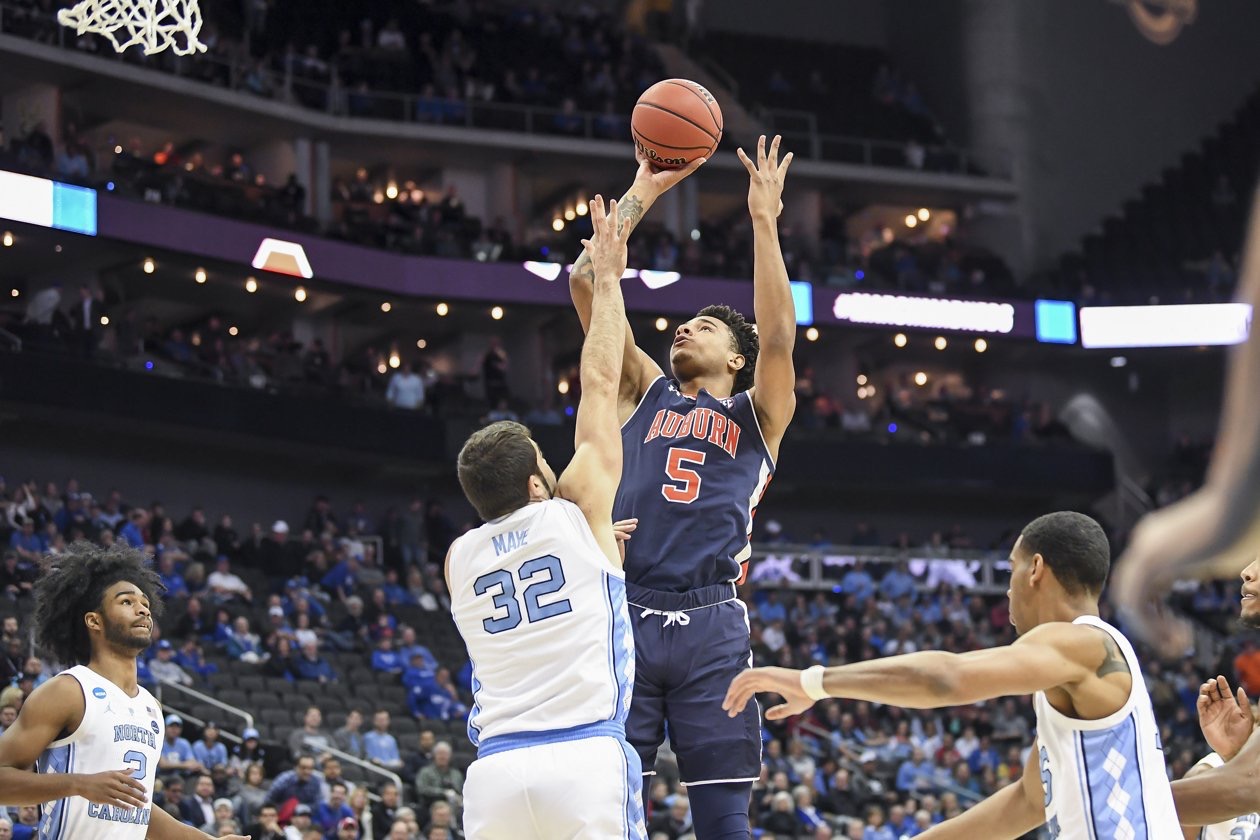 Speed, finesse, and confidence gave Auburn and uncharacteristic advantage against North Carolina in the first regional semifinal in Kansas City. North Carolina was bigger, stronger, and like every Roy Williams coached team, played with the ferocious tenacity that few teams can ever match. Auburn did just that.

Auburn was too quick for North Carolina and their defense would not allow anything easy. The Tigers played with heart deflected balls and disrupted the Tar Heels high octane offense with ease. The track meet started early as Auburn and UNC traded baskets. Sprinting the floor and finish at the rim or behind the arc, it didn’t matter.

Bryce Brown and Jared Harper was not the story of the night as expected but it was Chumu Okeke who stole the show for the Tigers and gave them the lift they needed to stun North Carolina and send the first one seed packing home.

Okeke was efficient, disruptive, and energetic. When the ball entered his hands inside or out good things were bound to happen. North Carolina had no answer as he stole the show and gave Luke Maye a taste of his own medicine.

After 20 points, Okeke went down with what looked like a knee injury. 8:00 minutes to play in the game and the Tigers best player of the night was no longer available. With a 14 point lead the Tar Heels took advantage of the absence of Okeke and started to chip away at the Tigers lead but it was a team effort behind Okeke to give them the lead they earned and that team wouldn’t let them fail the effort and persistence that Okeke put in.

Auburn finished the game with 17 3-pointers while shooting over 50% from the field. After a two-point advantage at the half. The Tigers were unstoppable in the final 20 minutes as they made 12 of their 17 threes and held North Carolina at bay. Auburn played unlike they played all year and ended North Carolina’s season 97-80.