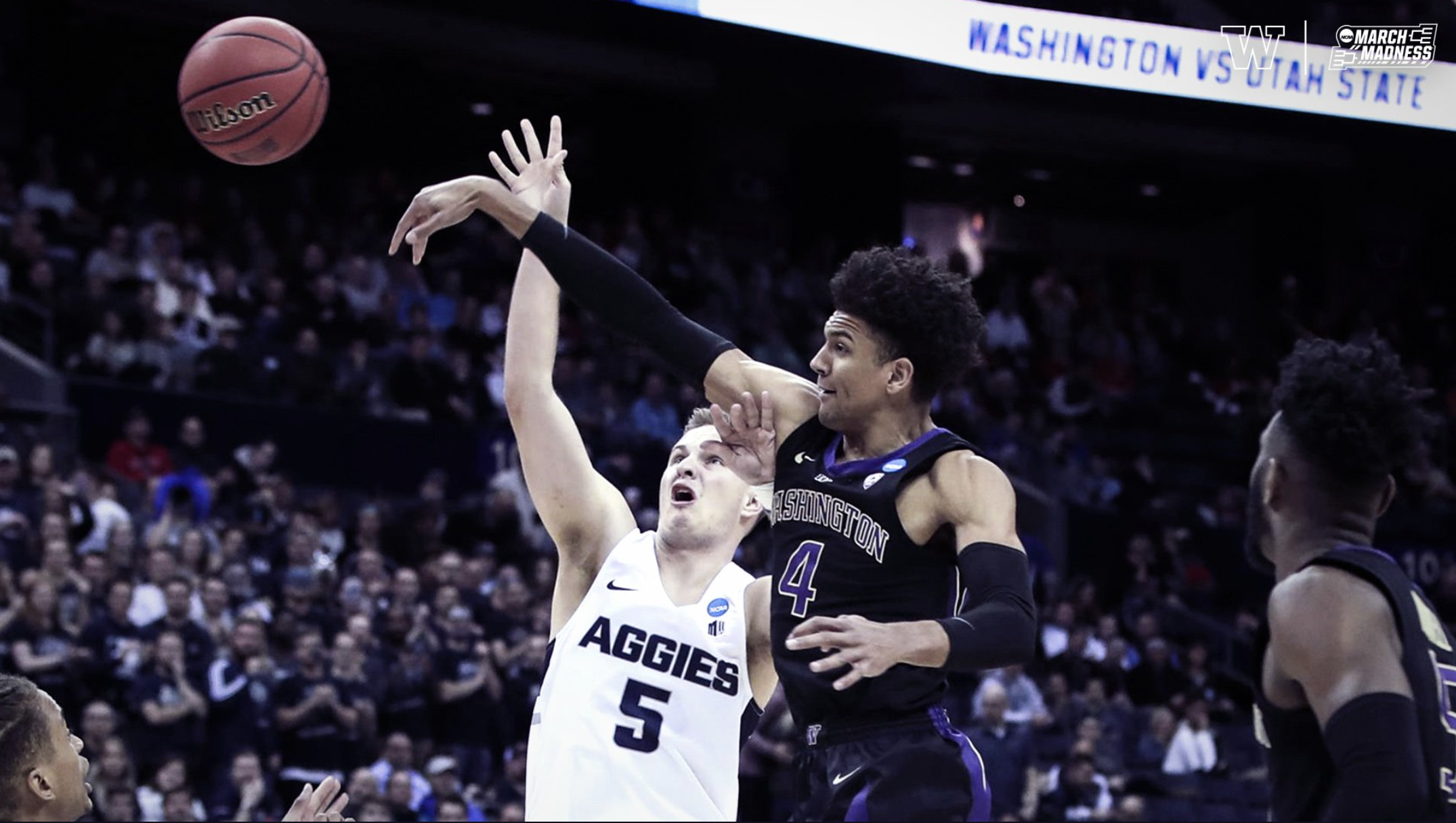 Washington gave the 9 seeds their 3rd win in three games this tournament, defeating Utah State and moving on to the next round. Washington’s great defense and surprisingly high scoring affair let them pull away and defeat Washington 78-61.

The first half was pretty close throughout, with Utah State getting a balanced scoring effort from their starters and the stars of Washington all performing at a high level. Washington made a big run towards the end of the first half, going on an 11-4 run and taking an 11 point lead with about a minute to go. A last second layup gave Washington a 12 point lead, and Washington, a team that struggled against good teams the whole season, finally looked in control.

David Crisp hit is big three with 15:28 left in the game to give Washington a 13 point lead, but Utah State wasn’t ready to give up. They slowly cut into the lead thanks to mistakes by Washington and great defense. With 10 minutes to go, they changed that 13 point lead to only 1, and Sam Merrill finally started scoring after having a quiet first half. Washington responded very well to that run, going on a quick 7-0 run and retaking an 8 point lead. From there, Utah State was never able to respond, and Washington was able to keep the lead around 10 points and finish them in the free throw game.

Washington got big games from Noah Dickerson and Jaylen Nowell. The two scored 20 and 19, respectively, and Dickerson added 12 rebounds. Matisse Thybulle had a huge game on defense, stealing the ball 5 times and blocking three shots.

Utah State could not get anything going from there star player Sam Merrill. He only scored 10 points and shot only 2-9. They had 4 low double digit scorers, but it wasn’t enough to outscore Washington in this game.

The Washington Huskies will play UNC in the second round, a very hard matchup for them. If they can play great defense like they did against Utah State, they can pull off the major upset, but they have an uphill battle to face.