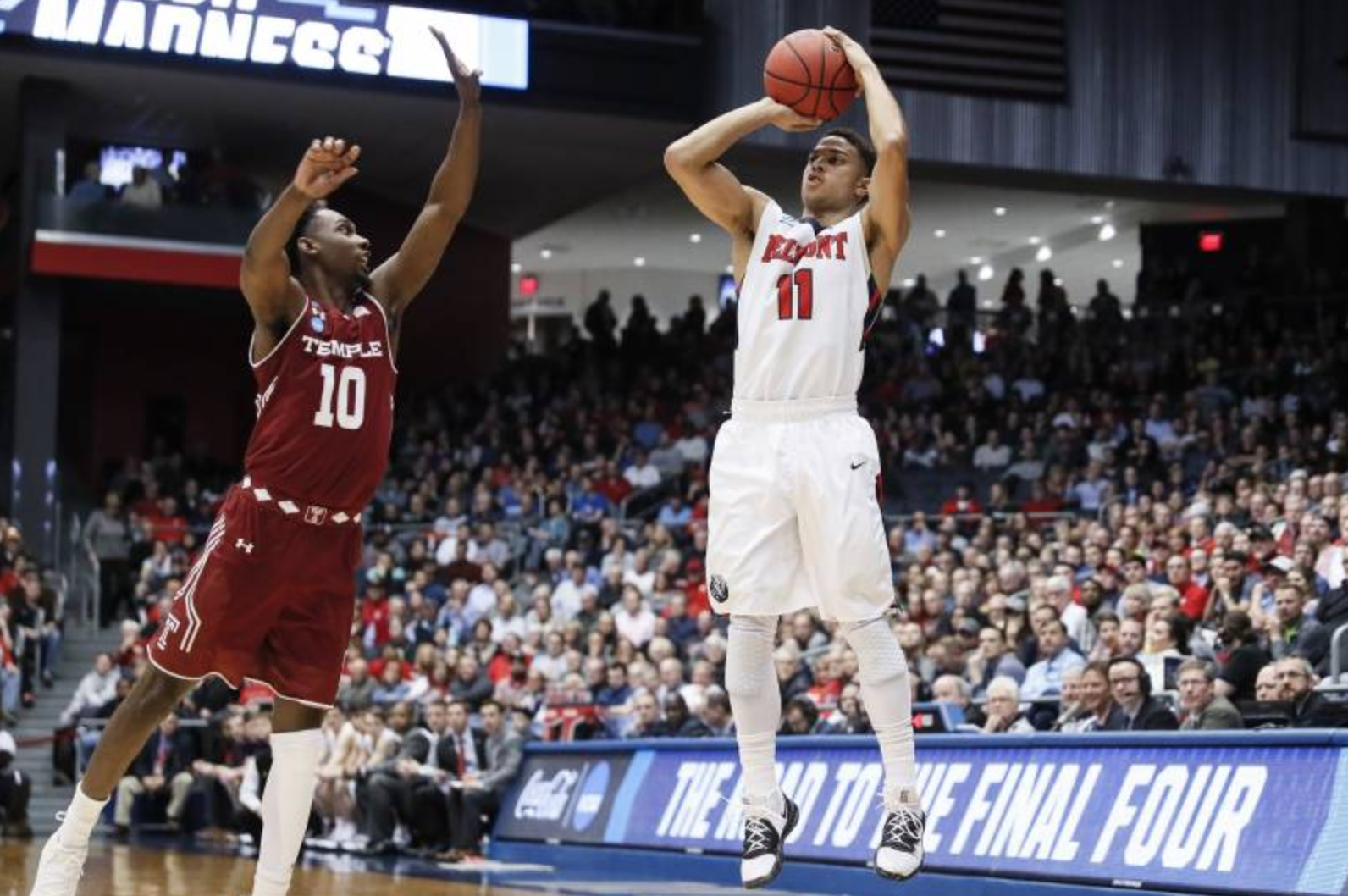 The Belmont Bruins will be advancing to the Round of 64 as the 11 seed following an 81-70 win over the Temple Owls. This is Belmont’s first-ever NCAA Tournament win after going 0-7 in all their previous appearances.

Belmont’s best player, Dylan Windler, didn’t play as well as expected. He shot 2 of 7 with only 5 points, but his 14 rebounds and hustle on defense to get 3 steals played a major part in the dub. Nick Muszynski, who was questionable prior to the game, played for the first time since the OVC semifinal after injuring his right ankle. A little sluggish at first, he took off during the second half and provided 4 rebounds alongside 16 points on 8 of 12 shooting.

As a team, the high-scoring Belmont Bruins shot 53% from the field. All 81 points came from behind the arc, inside the paint, or from the charity stripe, no mid-range jumpers. They passed the ball well acquiring 15 assists and were tight on defense with a total of 6 steals and 4 blocks. Kevin McClain led the Bruins with 29 points, his second most of the season.

As for Temple, Senior guard Shizz Alston Jr. ends his collegiate career with a team-high 21 points for the Owls. High flying guard Nate Pierre-Louis only accounted for 13 points, shooting 5 for 12. Temple kept Belmont insight during the first half, but they shot 39.4% from the field, 32% from three, and 54% from the line… Not great numbers.

Temple’s loss ends the 2018-19 basketball season and Coach Fran Dunphy’s career. Coach Dunphy will be retiring after his 13th season as the Owls head coach. They were the 4th and last team out of the American Conference to earn a bid in March. Temple hasn’t won an NCAA Tournament game since 2013.

Belmont will travel to Jacksonville to face the 6 seed, Maryland Terrapins. Belmont is ranked second in the nation in points per game (87.2) while the Terrapins only allow 65.1 points per game.